ACT OUT OPENING: We Will Rock You at Cadillac Palace #BroadwayInChicago

Both of my tweens have been obsessed with Queen since they were toddlers, had Bohemian Rhapsody memorized in preschool, and still count Queen as their #1 favorite band.   Sadly, they'll never see Freddie Mercury, and there's no replacing his inimitable charisma, character & vocal range.  But his songs live on, and we're betting this Broadway in Chicago extravaganza will be a fun evening for sure!   We've been promoting this show for months and eagerly anticipating it.  Now we're super excited to check it out on opening night, TONIGHT.   We'll have a full review up shortly. 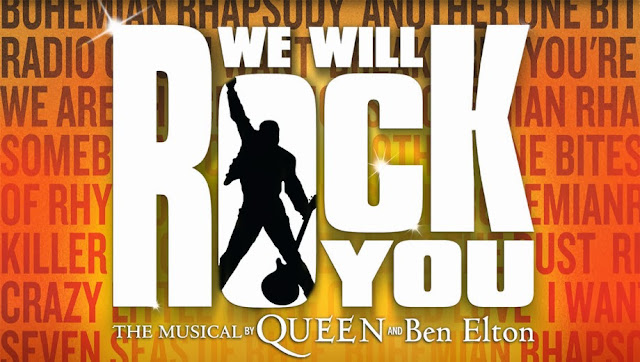 We're also big fans of The Young Ones and Ben Elton, who wrote this musical!   I'm afraid my kids grew up on Brit humor, 80's cult classics, animated episodes of The Tick and Pee Wee's Playhouse, when other kids were watching Barney and The Wiggles.   In spite of (or maybe because of) our family TV taste, they've morphed into some of the funniest, most delightful kids I know.

For Young Ones fans out there, my punk rock girl is Vyvyan all over and my long haired boy is Neil.   They do some hilarious scenes from the show together, but won't let me video tape 'em.   Lentils... need I say more.   My husband calls me "the people's poet" which I'll reluctantly accept, tho I hope I'm not half as pretentious.

Did you know there's an international young ones day?!   Click here to check out our past post. 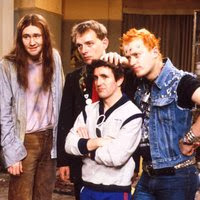 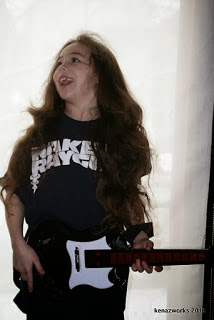 From London's West End, the worldwide smash hit musical by Queen and Ben Elton comes to Chicago for a limited engagement! WE WILL ROCK YOU features the greatest hits of the legendary British rock group, Queen. Now in its 11th year in London and seen by a staggering 15 million people worldwide, this hilarious, multi-award-winning and record-breaking phenomenon boasts a fantastic score of killer Queen tunes that you just can't resist singing along to.  It's the world champion of musicals and the show that rocks harder than any other, so don't miss the party — book your tickets now!

We Will Rock You is recommended for ages 13+.

Featuring the greatest hits of the legendary rock group Queen. Sing along to "Another One Bites The Dust," "Crazy Little Thing Called Love," "We Are The Champions," "Bohemian Rhapsody" and "We Will Rock You." The story takes you on a trip to the future as a group of rebel Bohemians struggle to bring the power of rock back to the people.