Ringling Bros.® will give away one free ticket to an upcoming Chicago-area performance of its all-new spectacular, Ringling Bros. and Barnum & Bailey Presents Built To Amaze!, in exchange for every standard-sized grocery bag of canned food donated, up to six tickets per donor, while supplies last. 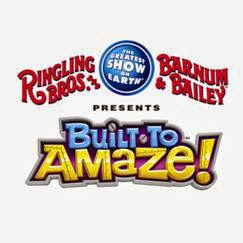 Circus fans stopping by the Thompson Center Plaza during this time will have the chance to enjoy performances by stars of The Greatest Show On Earth®, including a new generation of the legendary, unicycle-riding, basketball-shooting King Charles Troupe. Also, in what promises to be the epitome of extraordinarily engineered eccentricity, members of Ringling Bros.’ famed Clown Alley will construct a giant, seven-foot-tall jack-o-lantern out of donated canned goods. 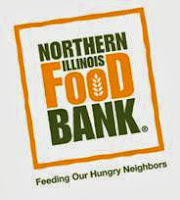 For 30 years, Northern Illinois Food Bank has led the northern Illinois community in solving hunger by providing nutritious meals to those in need through innovative programs and partnerships. Since 1983, food manufacturers, local groceries, corporations, foundations, and individuals have come together to donate food and funds, and evaluate and repack food for distribution to 800 network partners serving more than 60,000 hungry neighbors each week across 13 counties. That commitment provided 42 million meals last year to those in need.  For additional information, visit www.SolveHungerToday.org.

Ringling Bros. and Barnum & Bailey Presents Built To Amaze! opens at the Allstate Arena on Nov. 1, with performances through Nov. 11, then moves to Chicago’s United Center, Nov. 20 - Dec. 1. For additional information or tickets, visit www.Ringling.com.