Ringling Bros. and Barnum & Bailey® is offering military discounts for Veterans Day performances of its newest spectacular, Ringling Bros. and Barnum & Bailey® Presents Built To Amaze!, appearing at the Allstate Arena.  Tickets for the 11 a.m. and 3 p.m. Nov. 11 circus performances are available at $5 off per ticket for members of the military, Active or Veteran, and their entire party. Discounted tickets must be purchased at the Allstate Arena Box Office, with valid military ID or VA card, and may be secured in advance or day-of. The offer is valid on all price-level tickets except Circus Celebrity, V.I.P. and front row. 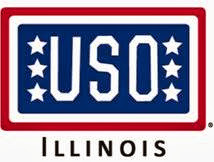 Ringling Bros. and Barnum & Bailey Presents Built To Amaze! is an extraordinarily engineered circus experience where Children Of All Ages® find out what it takes to build The Greatest Show On Earth®. Bursting with brightly colored construction equipment and oversized power tools, this all-new 143rd Edition of Ringling Bros. and Barnum & Bailey is a fantastic design with more than 110 of the world’s best performers representing 17 countries, along with 95 exotic and domestic animals, creating never-before-seen heart pounding performances.

Highlights include the Ringling Bros. debuts of nine-time international award-winning comedic animal presenting duo Alex and Irina Emelin of Russia, and the Tower Tumblers, a troupe of mind-boggling aerial athletes from the Ukraine who launch themselves from trampolines to scale, repel and pass through a three-story high translucent tower. Returning to The Greatest Show On Earth for the first time in more than two decades is the next generation of the legendary King Charles Troupe, twelve basketball players from New York City who present a continuous, whirling display of one-wheeled excitement while perilously perched on unicycles.

America’s Living National Treasure® since before the Spanish-American War, Ringling Bros. and Barnum & Bailey has a long history of supporting the nation’s military. Among many national and local military-focused initiatives, Ringling Bros. producer, Feld Entertainment, donates hundreds of tickets to its shows, annually, to Chicago-area military families through USO Illinois.

Ringling Bros. and Barnum & Bailey Presents Built To Amaze! opens at the Allstate Arena on Nov. 1, with performances through Nov. 11, then moves to Chicago’s United Center, Nov. 20 - Dec. 1. Regular ticket prices are $15, $20 and $25, with a limited number of premium-priced V.I.P., front row and Circus Celebrity seats available for each performance. Parking is FREE in all official Allstate Arena and United Center parking lots.  Service charges, facility and handling fees may apply. For additional information, call the Allstate Arena at (847) 635-6601, the United Center at (312) 455-4500, or visit www.Ringling.com. 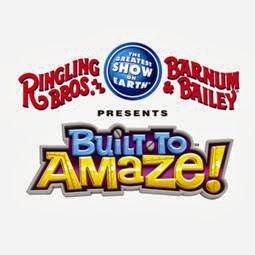 About the USO of Illinois: The USO lifts the spirits of America’s troops and their families. The mission of the USO is to enhance the quality of life of the U.S. Armed Forces personnel and their families and to create a cooperative relationship between U.S. military communities and involved or supporting civilian communities. The USO of Illinois is a civilian 501(c)(3) registered non-profit that is not government funded but is supported solely by the generosity of the American people.