Tonight ChiIL Mama will be ChiILin' in one the most unique Chicago theatrical spaces, a vintage Spiegeltent on the 14th floor of the Cambria Hotel in the heart of Chicago’s Theatre District. This will be our 3rd visit to this space and we can't wait to see what's next for Randolph Entertainment LLC, producer of the fan favorite Teatro ZinZanni Chicago. We're lifelong lovers of all things circus and cabaret so we're beyond excited to be a part of the opening night festivities for CABARET ZAZOU’s premiere production, Luminaire. The new, groundbreaking, immersive variety dinner show is making its worldwide debut. Luminaire is directed by Dreya Weber, and stars critically acclaimed performers Frank Ferrante and LiV Warfield as they lead an international cast of exceptional entertainers. Sassy, sexy, and sultry, Luminaire is designed to dazzle and delight audiences with stunning cirque acts, interactive comedy, captivating vocalists, and a stellar band, complimented by a delicious multi-course meal.

Luminaire stars Frank Ferrante, an award-winning actor, comedian, and director best known for his interactive stage comedy, including The Caesar in Teatro ZinZanni, which earned him a Chicago Tribune nod as a top ten performer of the year in 2019, and his PBS national television program Frank Ferrante’s Groucho. The production also stars singer, songwriter, and producer LiV Warfield. Her achievements include a critically acclaimed hit solo album - The Unexpected, a Soul Train Music Award for Best Contemporary Jazz Performance, and performing as part of Prince’s New Power Generation. Liv Warfield has toured with some of music’s biggest names, bringing her unique voice and style to audiences around the world. Luminaire is directed by Dreya Weber, whose aerial design and choreography credits include Magic Mike Live in addition to aerials for Katy Perry, Taylor Swift, Britney Spears, Rihanna, Madonna, Cher, Michael Jackson, Christina Aguilera, Kylie Minogue, and Pink’s 2010 Grammy Awards performance of “Glitter in the Air”. Dreya brings in her unique death-defying grace to dazzle CABARET ZAZOU audiences. 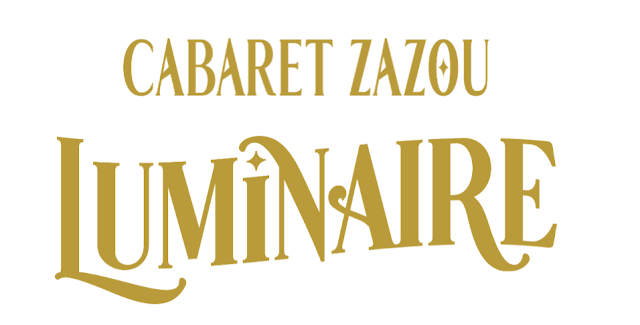 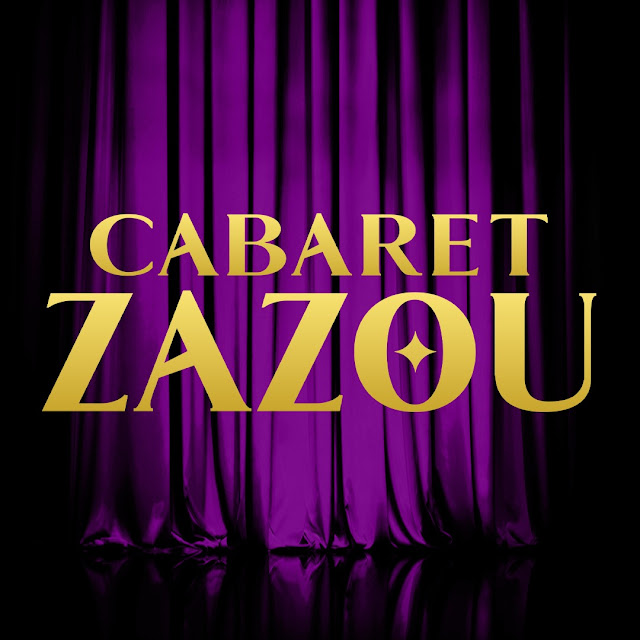 Posted by Bonnie Kenaz-Mara at 2:00 PM No comments:

REVIEW: ANASTASIA at Broadway In Chicago’s CIBC Theatre Through September 25, 2022 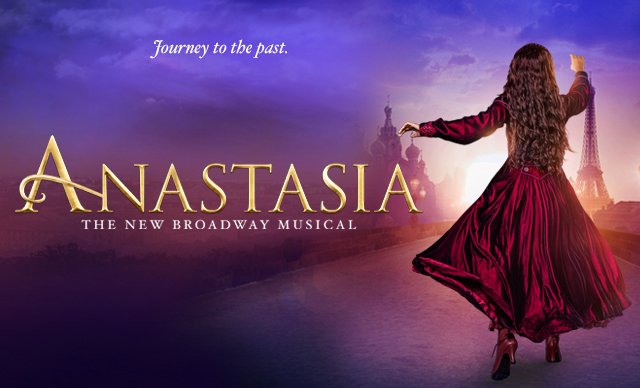 Anastasia is recommended for ages 7 and older

Run Time is approx. 2 hours and 25 minutes with an intermission.

Something old... something new. As a critic for the past 14 years and a lifelong theatre lover, I can attest that it's exciting to see a new musical. As a mother and a history buff, it's even more fun to see all the young kids in the audience making memories, watching a fierce survivor of a princess as a role model, and engaging with a live production at the CIBC Theatre, a lavish, historical venue. Early exposure to theatre increases empathy in children and who knows what those experiences might spark for the future. Anastasia is only in Chicago for a few short days, so don't miss this!

Anastasia has been a long time coming. Here at ChiIL Mama, we first wrote about the Broadway touring production in May of 2018, when it was slated to open in Chicago in March of 2019. Three years later we can attest that some shows are worth the wait, and in Anastasia's own words. "It's never too late. I'm here now." 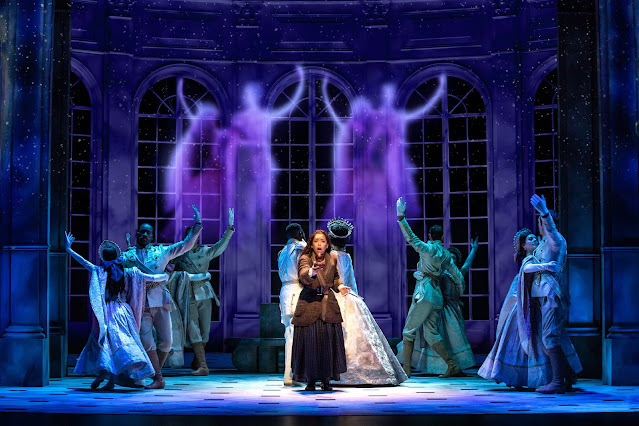 We loved the lavish costumes, poignant score, and clever use of projections to transport the audience across the ocean and back in time to the fall of the Russian Empire and onward to 1920's Paris. 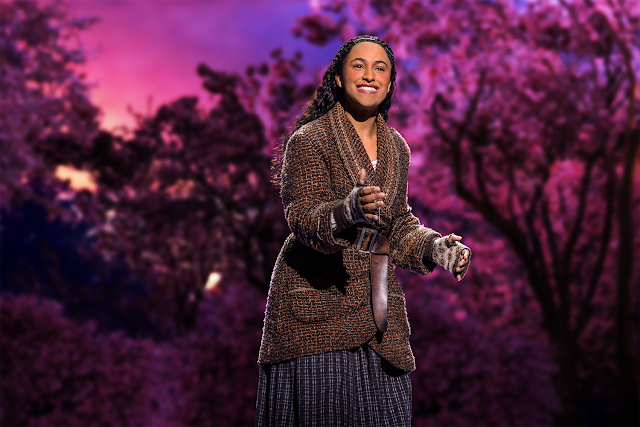 Veronica Stern was a joy to see as Anya, well complimented by Willem Butler as Dmitry. We also enjoyed the performances of Ben Edquist as Gleb and Gerri Weagraff as Dowager Empress. There was a well deserved standing ovation on opening night. Kudos to the entire cast and crew for bringing soaring vocals, delightful dance numbers, and stellar storytelling to life on stage. The touring production may be a scaled down version of the Broadway hit, in production values, but it's well worth a look.

From the devastating violence of war to the exiled expats reliving their glory days, the musical, Anastasia gives audiences a timeless and timely tale for the ages. Whether sweeping the streets in rags or attending the ballet and bravely facing the Dowager Empress, Anya excels. Was she the last of the Romanovs or a royally talented rogue, scamming her way out of Russia and into royalty? Where did she disappear to? Was the iconic music box a con or a concrete clue to authenticity? Did Anya and Dimitry both choose love over money, forgoing both the reward and a lineage with luxury? The Anastasia story raises more questions than it answers, in this delightfully complex mystery. Regardless of the realism, we were completely captivated by this riches to rags tale.

Fast forward to 2022. One hundred years later, Russia is once again at war in the region. Refugees and the impoverished still struggle to find food, water, and basic needs. Love blooms amid the wreckage of revolutions. And tenacious, smart survivors are always in fashion. Don't miss this. Recommended. 3 out of 4 stars ★★★ 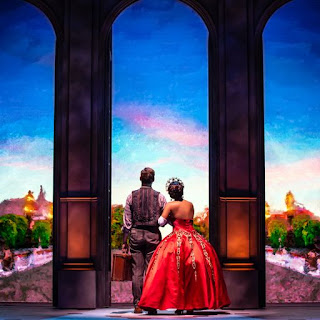 Anastasia played to sold out audiences on Broadway for more than 3 years before expanding it’s global “Fanastasia” community with productions on tour across North America and in Japan, Spain, Germany and the Netherlands. Globally, the show has been performed more than 2,500 times and sold 3.4 million tickets. Additionally, the show has garnered more than 15 major international awards, including Tony, Drama Desk and Outer Critics Circle awards and Best New Musical in Spain, Germany and the Netherlands. 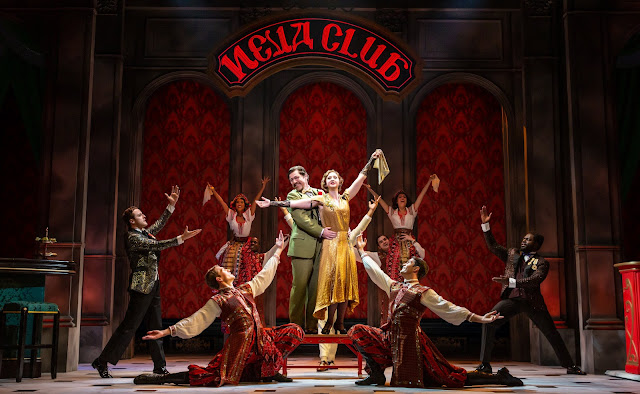 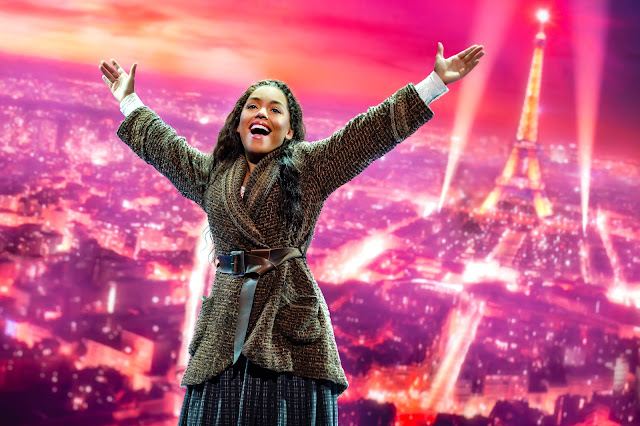 From the Tony Award-winning creators of the Broadway classic Ragtime and inspired by the beloved films, ANASTASIA is the new Broadway musical that’s “one of the most gorgeous shows in years!” (New York Observer). This dazzling show transports us from the twilight of the Russian Empire to the euphoria of Paris in the 1920s, as a brave young woman sets out to discover the mystery of her past. Pursued by a ruthless Soviet officer determined to silence her, Anya enlists the aid of a dashing conman and a lovable ex-aristocrat. Together, they embark on an epic adventure to help her find home, love, and family.

A sweeping adventure, romance and historical epic that piles discovery upon discovery.

"ANASTASIA IS THE REAL THING!

“An irresistible and sumptuous fairy tale!”

ANASTASIA began performances on Broadway in March 2017 at the Broadhurst Theatre with critics exclaiming “Ahrens and Flaherty have chosen the right moments to musicalize, and their score here sounds complete and full — one of the season’s strongest! (NBC)” and “Smartly adapted by Terrence McNally, Anastasia is a sweeping adventure, romance and historical epic whose fine craftsmanship will satisfy musical-theater fans (Time Out)”. 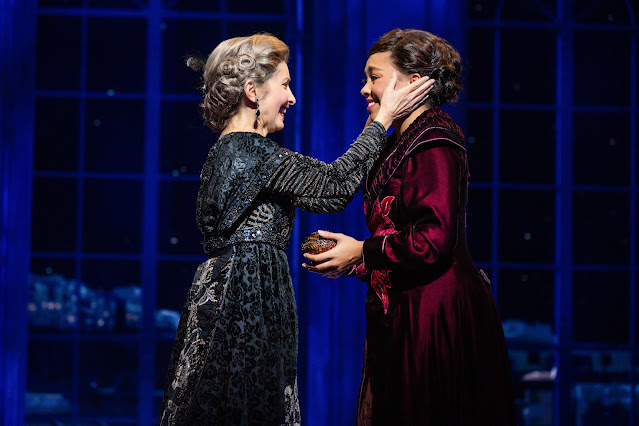 The original Broadway cast recording is available at BroadwayRecords.com, Amazon.com and iTunes. The 75-minute album includes the Academy Award-nominated favorite “Journey to the Past” alongside new numbers from the show such as “In My Dreams,” “Still” and “My Petersburg.”

Connect with ANASTASIA online at: www.anastasiathemusical.com

COVID-19  PROTOCOL: Masks are recommended for all audience members. 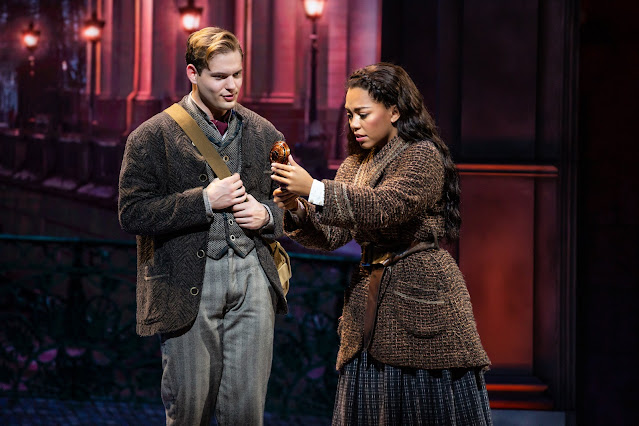 Posted by Bonnie Kenaz-Mara at 3:28 PM No comments: