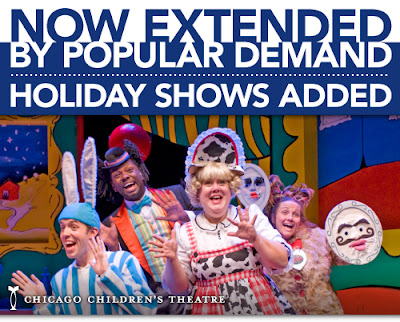 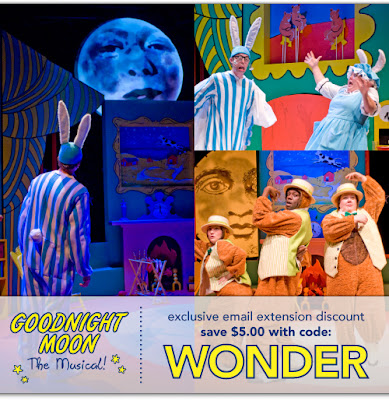 Check out ChiIL Mama's original, video interview with Director, David Kersnar and Master of Music, Mark Messing by clicking this link right here!
We also had a chance to check out the show and get up close and personal on the set, at a special blogger event.   Here's our photo filled recap below.
ChiIL Mama highly recommends Goodnight Moon the Musical.   This production is a creative, high energy romp through the elation and irritation of putting littles to bed.   The whole set comes to life, with surprises that will entrance and captivate all ages.   Check it out if you haven't already.   Here's the link to Chicago Children's Theatre's main site, for tickets and more.

We're also eagerly awaiting their next offering, The Houdini Box, by the creator of The Invention of Hugo Cabret!    This production also features original music by Mark "Mucca Pazza" Messing.
The Houdini Box: Chicago
January 24-March 3, 2012
All Ages Friendly


As famed escape artist Harry Houdini circles the globe performing one incredible stunt after another, Victor, a young devotee goes through his own rigorous magician’s training – locking himself in closets, holding his breath under water and walking into walls.  After a chance encounter with his hero, Victor receives a special box that just might contain the secrets of Houdini’s great success.


Save 15% on early-bird tickets until January 1st 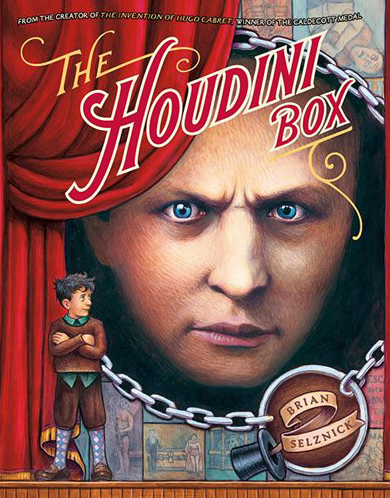 Posted by Bonnie Kenaz-Mara at 5:23 PM