Act Out: Theatre Round Up-Broadway in Chicago Special including Fiddler on the Roof, Memphis, Ann, Pinkalicious, Love Loss and What I Wore 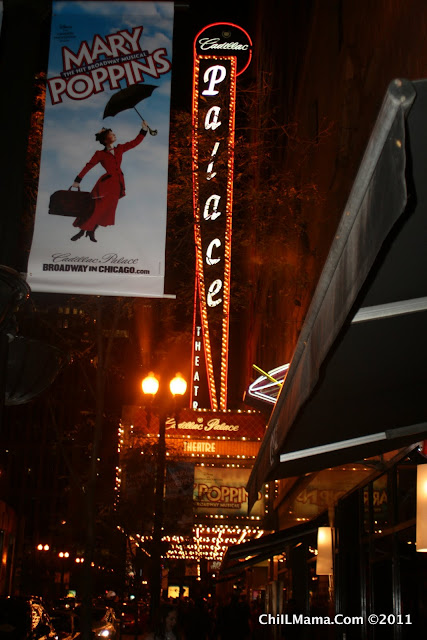 Chi-Town is undoubtedly a theatre town.

We'll have longer reviews, photo filled features, and loads of interviews coming up soon.    But there are some amazing shows that just opened, so we'll do a quickie highly recommended list here first.

Theatre is a great way to entertain family members who are in for the holidays.    And show tickets or season subscriptions are a great clutter buster gift idea.    Shows make lasting memories and don't end up in landfills or storage, like many well intentioned presents.

We'll have an Act Out feature specific to holiday themed shows and one on other highly recommended productions that just opened.   First, we have an all Broadway in Chicago feature.    They've got a lot going on, and some are short runs that should not be missed!   Check out ChiIL Mama's quick reference guide below.


Fiddler on the Roof 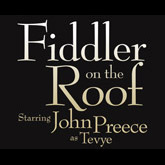 opens tonight at Auditorium Theatre.   I can't wait to check out the Broadway version.   This was one of my high school musicals that I played a part in, back in the day, so I've always had a soft spot for it.  I was almost cast as Yentl, the matchmaker, and got a special call back, but was beaten out for the part by Julie Greenberg.   Ah, well.   She did an excellent job, so it was all for the best.   We'll have a full review up soon. This one's a classic with multigenerational appeal. 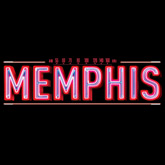 opened last night at Cadillac Palace.   This fantastic, award winning production wholeheartedly deserves all the praise.   I can see why it won 4 Tony Awards in 2010.   We loved it!   The show was particularly interesting to me, since I saw it book ended by two Fitz and The Tantrums Shows.   Both feature an incredibly talented black, female singer, a white boy and R&B music!

Fortunately, we're no longer in 1950's Tennessee, where interracial marriage was illegal and racism was rampant, like the setting of Memphis the musical.  Thankfully, in 2011 racists rarely throw bricks through windows, beat people with baseball bats, or fire guns about white kids dancing to "race music".   However, even in 2011 Chicago, neighborhoods are racially and economically divided and some archaic stereotypes still resurface.   We highly recommend Memphis for the whole family.   The Performers, the score, and the story line are superb and serve as an entertaining and enlightening reminder of an era.   Ultimately, great music triumphs, to unite a new generation and trump the race card.

TURN UP THAT DIAL...From the underground dance clubs of 1950s Memphis, Tennessee, comes a hot new Broadway musical that bursts off the stage with explosive dancing, irresistible songs and a thrilling tale of fame and forbidden love. Inspired by actual events, MEMPHIS is about a white radio DJ who wants to change the world and a black club singer who is ready for her big break. Come along on their incredible journey to the ends of the airwaves -- filled with laughter, soaring emotion and roof-raising rock 'n' roll.

We caught opening night and were blown away by the show.    This one's only here through December 4th, so don't miss out.   We may be the 2nd city, but we get to see Ann first, in this sweet, pre-Broadway engagement!   Holland Taylor's writing and acting is something to see.   This show gives me hope for politics.   We need more outspoken, feisty women in seats of power.    Ann had the mouth of a trucker, the soul of a liberal, and the energy, passion and charisma of a true leader.    I enjoyed getting to know her better, through such an entertaining production.   Highly recommended!   Here's our prior Ann coverage.

A hilarious new play that reveals the complex and iconic female Governor of the Lone Star State. Written and performed by Emmy® Award-winning actress Holland Taylor (from “Two and a Half Men”) this play delivers a no holds barred look at Texan Ann Richards that captivates and packs an emotional and inspiring punch. 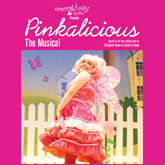 We've reviewed, interviewed and been tickled pink about Pinkalicious since it opened at Broadway Playhouse in July.   Check out ChiIL Mama's review here and our print interview with Pinkalicious and her brother, here.


“Can’t I have just one more?” When Pinkalicious eats one too many pink cupcakes, she catches a case of Pinkititis and turns pink from head to toe! It'll take the wisdom of her broccoli-eating little brother to help her get out of this predicament. Don't miss Chicago’s Emerald City Theatre production of this smash hit musical based on the popular book by Elizabeth and Victoria Kann. Best suited for cupcake lovers ages 3 and up.
Ticket prices are $16 to $22.
Theatre : Broadway Playhouse, Chicago Illinois Dates : July 08, 2011 - January 07, 2012
Emerald City Theatre
presents
PINKALICIOUS

Love, Loss & What I Wore 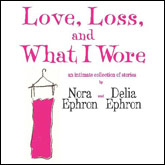 We saw the original cast on opening night and thoroughly enjoyed this production.   The cast rotates, and always features a powerhouse line up of great theatre women.    Since the show is set up as a staged reading, rather than a blocked production, it's got a casual coffee with friends vibe.    The stories come off as intimate recollections of events, and are all the more powerful for the presentation.

I laughed when I saw the production disclaimer that there is nothing particularly inappropriate for kids, but that they might be bored by it, like they are by adult chats.   This is very true.   While the adults in the audience laughed frequently and empathetically, and gave the show a unanimous standing ovation, I didn't bring my kids to this one.    It's more of a girls' night out or date play.  I brought my neighbor and we enjoyed a glass of wine, a lot of laughs, and no little people who needed the bathroom.

Proving that a great show is always in fashion, Love, Loss, and What I Wore, with its starry rotating cast and compulsively entertaining subject matter, has become an international hit. This intimate collection of stories by Nora Ephron and Delia Ephron is based on the best-selling book, as well as on the recollections of the Ephrons’ friends. Like the popular book, the show uses clothing and accessories and the memories they trigger to tell funny and often poignant stories that all women can relate to, creating one of the most enduring theatergoing experiences in New York and now across the country.

“Goes directly to the heart, soul and vanity
of every woman, young and old.”
–Liz Smith, Variety

“A show about matters of the heart and matters of the closet!”
-The New York Times
Ticket prices are $68 to $78
Theatre : Broadway Playhouse, Chicago Illinois
Dates : September 14, 2011 - January 01, 2012
Running time: Approximately 100 minutes with no intermission
Check out Broadway in Chicago's main site for ticket information, videos, and detailed production information for all shows.

We're looking forward to a bunch of upcoming productions, including The Book of Mormon, La Cage Aux Folles, The Addams Family, and Cats!   Highly recommended.
Posted by Bonnie Kenaz-Mara at 1:19 PM

Email ThisBlogThis!Share to TwitterShare to FacebookShare to Pinterest
Labels: 10th anniversary, act out, Ann, Broadway in Chicago, Fiddler on the Roof, Love Loss and What I Wore, Memphis, Pinkalicious