Act Out: Shrek the Musical Coming to Rosemont 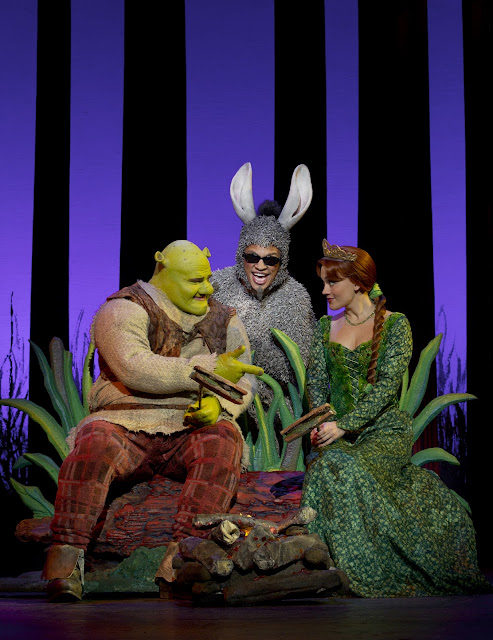 Photo credit/all Shrek production photos:  Joan Marcus
SHREK THE MUSICAL
TO PLAY ONE WEEKEND ONLY THIS THANKSGIVING, NOV. 25 – 27 AT THE ROSEMONT THEATRE

If you've never checked out the original book by William Steig, we highly recommend it.    The book is even quirkier and cooler than the movies, and we can't wait to see the musical adaptation!   Steig is an excellent children's author and illustrator and this is the perfect candidate for playing the "same/different game".    We love to check out the original books when we go see book based movies and theatre and then compare and contrast the different versions of the tale with the "same/different game". 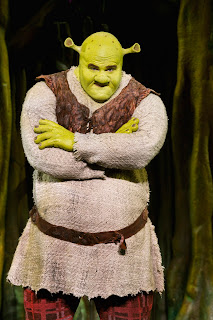 ChiIL Mama's giving away a free family 4 pack of tickets to the Shrek matinee show on November 25th at 2pm.   Enter right here for your chance to win those tickets and so many more.   We also have freebies to all of ChiIL Mama's sponsored Beat Kitchen's Concerts for Kids, and THREE Family --All Weekend Passes to ChiTAG-The fabulous Chicago Toy and Game Fair!

ROSEMONT IS GETTING A MAKE-OGRE

Shrek Details
DreamWorks Theatricals and NETworks Presentations, LLC. are pleased to announce that SHREK THE MUSICAL with book and lyrics by David Lindsay- Abaire and music by Jeanine Tesori, will play the Rosemont Theatre, 5400 N River Road, for one weekend only, Nov. 25 – 27, 2011. Tickets are available at www.rosemonttheatre.com or all Ticketmaster outlets.

An entirely new musical which opened on Broadway December, 2009, SHREK THE MUSICAL is based on the story and characters from William Steig’s book Shrek!, as well as the DreamWorks Animation film Shrek, the first chapter of the Shrek movie series.

SHREK THE MUSICAL tells the story of a swamp-dwelling ogre who goes on a life-changing adventure to reclaim the deed to his land. Joined by a wise-cracking donkey, this unlikely hero fights a fearsome dragon, rescues a feisty princess and learns that real friendship and true love aren’t only found in fairy tales.

“We are thrilled to send SHREK THE MUSICAL to theatres across the country,” said Bill Damaschke, President of DreamWorks Theatricals, “and for American families to experience their favorite ogre and fairy tale creatures live on stage.”

SHREK THE MUSICAL features a book and lyrics by Pulitzer Prize® winner David Lindsay-Abaire (Rabbit Hole, Good People), music by Olivier Award-winner Jeanine Tesori (Thoroughly Modern Millie, Caroline, or Change). SHREK THE MUSICAL is directed by Stephen Sposito who recently served as Associated Director of the current Broadway revival How To Succeed In Business starring Daniel Radcliff. Sets and costumes are based on the Tony Award® winner designs by Tim Hatley (Private Lives, Spamalot) and Chris Bailey will recreate the original choreography by Josh Prince (The Bridge Project, The Jerry Springer Opera).

SHREK THE MUSICAL was initiated when Sam Mendes, a big fan of the first Shrek film, suggested the idea of creating a musical to DreamWorks Animation’s Jeffrey Katzenberg around the time the second film was in production. The musical is produced by NETworks Presentations, LLC.

The chart-topping original Broadway cast album for SHREK THE MUSICAL is available on Decca Broadway.

DREAMWORKS THEATRICALS was established in 2007 by DreamWorks Animation SKG, Inc (NASDAQ: DWA) to produce stage productions adapted works. Bill Damaschke serves as Chief Creative Officer of DWA. DWA is devoted to producing high-quality family entertainment through the use of computer-generated (CG) animation. DWA’s 2011 film slate features Kung Fu Panda 2 and Puss In Boots. The Company has theatrically released a total of 22 animated feature films, including the franchise properties of Shrek, Madagascar, Kung Fu Panda and How to Train Your Dragon. Shrek was the winner of the first ever Academy Award for Best Animated Feature.

Jeffrey Katzenberg serves as DWA’s CEO and was a co-founder of DreamWorks Studios in 1994.The Broadway production was nominated for eight Tony Awards, including Best Costume Design awarded to Tim Hatley. The production is currently playing in London’s West End.

WILLIAM STEIG (Author of the book Shrek!). Named the “King of Cartoons” by Newsweek, William Steig remains The New Yorker’s longest-running contributor, with more than 1,600 drawings and 117 covers to his name.

He began writing and illustrating books for children at the age of 60!! His work Sylvester and the Magic Pebble earned him the Caldecott Medal, the highest honor bestowed on children’s picture books, but it was the 1990 fairy tale Shrek! That ultimately brought him his largest audience by inspiring one of the most successful film franchises in motion picture history. William Steig wrote and illustrated children’s books up until the last year of his life and died in 2003 at the age of 96. 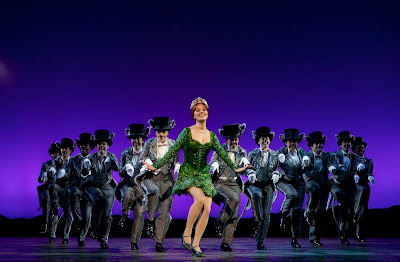