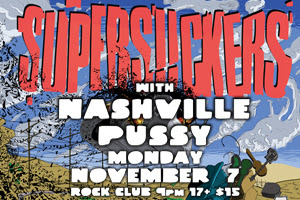 Chicago's weather may be chilling, but our live music scene is hot!   Just by chance, excellent bands are playing on the next 4 odd days, starting tonight--November 7th, 9th, 11th, & 13th.    Some of these shows we've been promoting for months.    Some we're just adding this week.    All are highly recommended and sure to be a good time!    Check 'em out.    We'll be there shooting stills and we'll be posting live show photos all week.    We will post at ChiIL Mama, too, but remember to check out our live show archives at ChiIL Live Shows.   For our national fans, check out the nationwide tour dates at the bottom of this post.

Check out our Nashville Pussy LIVE show photos from their last Chicago appearance in August at Bottom Lounge, then catch them LIVE tonight at Reggies-8pm-$15.

We've been stoked for this show and promoting it since it was first announced.    Tonight is sure to be a rockin' good time with two excellent live bands CO-HEADLINING.   We'd come out for either Supersuckers or Nashville Pussy, but BOTH......at Reggies.   Sweet!

Reggies Rock Club is one of our favorite venues in the city.   Their sound system is great and their beer selection is impressive, with plenty to please cheap beer fans and more discerning micro brew drinkers.   This one is 17+, so make it a night out or rock education for your older teens & up.

SUPERSUCKERS
You’ve heard our name, you’ve seen our records, our t-shirts and our stickers. We’re probably the favorite band of someone you know and yet we’re still a mystery to you. Well my friend, that’s okay, I’m here to fill you in and help you to get to know the greatest rock-n-roll band in the world, The Supersuckers.

NASHVILLE PUSSY
Nashville Pussy came together in 1996.   Their 1999 single release 'Fried Chicken And Coffee' earned the band a Grammy nomination in the category 'Best Metal Performance'. "We were tired of seeing and hearing bands that were just going through rock 101 motions, all slick but with no real soul. So we decided to play the kind of music that we would like to hear," comments Ruyter Suys on the birth of her band.

A renowned American music magazine rightly referred to Nashville Pussy as "One of the hardest working bands in show biz today." Following the release of their previous album in September of 2005, Get Some, complete with a cover version of Ike & Tina Turner's 'Nutbush City Limits', the band set out on an extensive tour, determined to document impressively what their audience had come to expect under the heading of 'kick ass live show' captured on the new DVD "Live in Hollywood". True rock n' roll doesn't require definition.

COLD COCK JONES ALL STAR BAND
You may not want to call us a blues band, but we are. Note the number of musicians I've gone through. Nobody goes through that many bodies but blues and jazz bands. Whiskey, whiskey and beer.

WILD JESUS AND THE DEVIL'S LETTUCE
Wild Jesus and The Devil’s Lettuce Family Party Band is a community of musicians with the uncanny ability to surprise you every time they take the stage. As one might expect from such a strangely named group, Wild Jesus’ sound ranges from noir waltzes all the way to effects laden, impressionistic, psychedelic grooves.

How did eight musicians from vastly different musical backgrounds all manage to come together to create a sound this sonically refreshing? Centered around the Star Lounge Café in Ukrainian Village Chicago, Wild Jesus has truly formed a community of like-minded musicians, friends, and family that fill rooms with their traveling circus of band members, special-guests, and a host of ridiculous stage spectacles including surreal costumes, stage installations and an occasional laser or two. 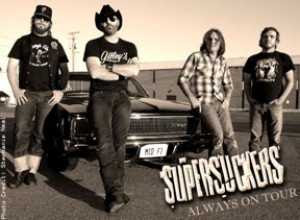 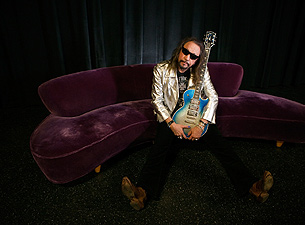 Check out music videos from The Last Vegas here.   Can't wait to see them live!

AOL’s NoiseCreep (www.noisecreep.com) released The Last Vegas new Video / Single, the “Other Side” less than a week ago, on Wednesday, November 2 at 1pm.  Legendary cult actress and ‘Scream Queen’, Sybil Danning (Howling II, Halloween, Werewolf Women of the SS) stars in and produces this classic piece of Americana trash rock cinema.  Check it out. 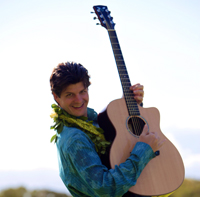 Guitar virtuoso Jeff Peterson is a rising star of the next generation of slack key guitar players. "Add the Peterson name to the top 10 list of slack key giants...His manner is impeccable, his style exquisite...Peterson raises the bar a few notches in both slack key and jazz." - Honolulu Advertiser 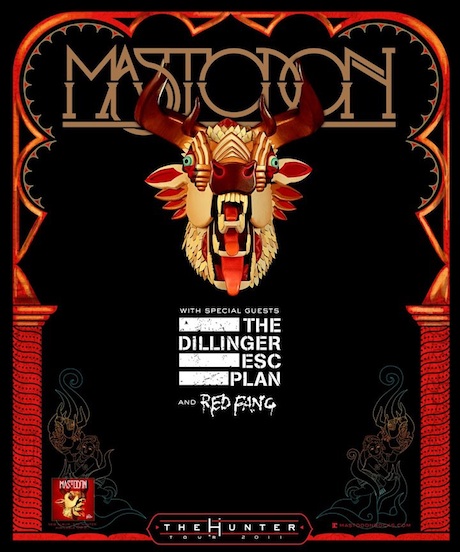 In the past, Mastodon partnered up with Clutch's lead singer Neil Fallon for "Blood and Thunder".   According to Wikipedia, "Blood and Thunder" which featured Clutch vocalist Neil Fallon was chosen as one of the most important recordings of the decade by National Public Radio in November 2009, and that the entire album epitomizes " a phenomenal decade for metal".[6] Leviathan also ranked second in a list by Metal Hammer of the best albums of 2004.

Even without Fallon on vocals, this is sure to be an intense and excellent show.
Check out openers Red Fang's videos here.   We're working on setting up a video interview and can't wait to check 'em out live. 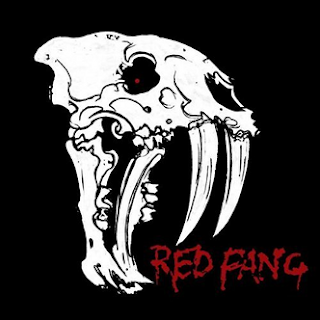 mPshows.com Presents
Black Tusk/ Thou / Monstro / The Swan King
Sunday, Nov 13, 2011 9:00 PM CST
- Monday, Nov 14, 2011 1:00 AM CST
Ultra Lounge , Chicago, IL
21 years and over
Black Tusk In-depth Biography
Emerging onto the metal scene from Savannah, GA in 2005, Black Tusk specialize in a brand of sludgy metal they call "swamp metal." The band, consisting of members Andrew (guitar/vocals), Athon (bass/vocals), and James (drums/vocals), combines the drive of fellow Savannah residents Baroness with the thick and murky stoner sludge of High on Fire.
In 2005 the band self-released its first demo, Demos and the Demons, as well as the album When Kingdoms Fall, which was released on Wrecked Signal. Two years later they self-released another album, The Fallen Kingdom, and kept their prolific release schedule going the following year with Passage Through Purgatory, released on Hyperrealist Records. Taking what for them is a long break from recording, Black Tusk gained attention through tours with bands like Weedeater, Pentagram, and Eyehategod. The band eventually signed on to Relapse, and in 2010 released its first album through the label, Taste the Sin, featuring cover art from Baroness singer John Baizley. ~ Gregory Heaney, Rovi