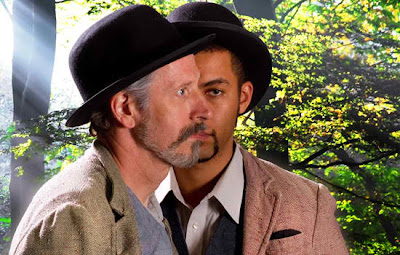 
Please note there will be no performance on Thursday, November 24th (Thanksgiving Day).


Audience Advisory: Theatrical hazers will be used during this production.


The wild, globe-trotting adventurer Peer Gynt barrels across the stage in the Chicago premiere of Robert Bly’s high-energy translation of this seldom-performed Ibsen classic. In this adaptation, unencumbered by morals or a sense of responsibility, Peer’s mythic journey is envisioned as that of America itself, from scrappy trickster to imperial power and beyond. The rustic settings and live music reminiscent of 19th and 20th century Americana accompany Peer on a 150-year whirlwind tour of the American psyche.


Read the Peer Gynt blog for behind-the-scenes updates!
ChiIL Mama will be checking out opening night tonight and we'll have a full review up shortly.
Posted by Bonnie Kenaz-Mara at 2:19 PM