Double click slide show for full screen and other options

Despite a cold downpour and a Monday night slot, fans came out in droves to see Nashville Pussy and The Supersuckers do their thing, LIVE at Reggie's Rock Club this week.   These accomplished musicians all bring it, live.    And we love bands with a sense of humor.   Husband/ wife team, Blaine and Ruyter, have an undeniable chemistry on stage, despite copious flirting with the audience. 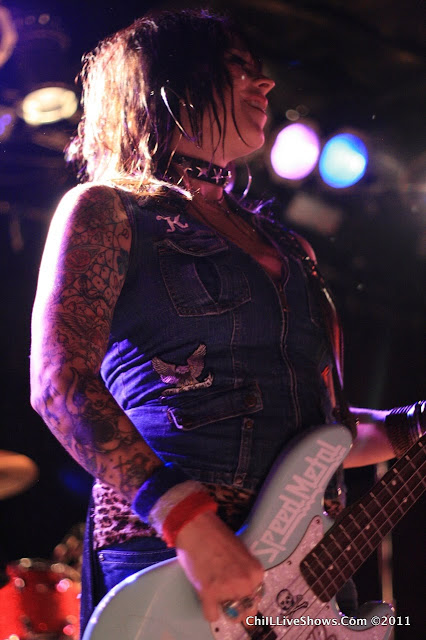 We missed their bass player, Karen Cuda, and wish her speedy recovery.    She's out with an arm injury.   The good news was, Supersucker's own frontman/ bass player, Eddie Spaghetti, jumped in to fill the void.   Yeah, OK, he's not as hot as Karen, but that boy can play. 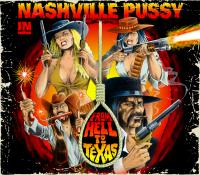 Back when Nashville Pussy opened for The Dwarves at Bottom Lounge in August, ChiIL Mama snagged their latest release to review and one for our readers.   One lucky fan got the Dwarves DVD/CD and NP's new CD, From Hell to Texas.   We highly recommend it for catchy riffs, and amusing lyrics.    That said, this is not the CD you want little Logan and Madison belting out in preschool!    As you can see from the set list, their tunes are not for the kindie kin.   Save it for your teens or your alone time.    I crank it in the car after elementary school drop off.

We'll be reviewing and giving away a zillion new alt-punk-rock-folk-funk CDs for the way underagers leading up to the holidays (and X and New York Dolls DVDs for the rest of you).   But, From Hell to Texas is some good ol' raunchy, kid inappropriate fun.   From our experience, no one needs that more than people who spend their days with dependents who are...well, dependent...on you.   At the show I was front and center with a couple parents of an 8 year old, enjoying a night out.   We also ran into our friend Dan, who has been with Spin Magazine for years, and is a Chi-Town Dad of 3 young boys.   And I'm sure we were not the only ones.    We're big fans of "life doesn't end with birth".   Parents get to have a life, too.


Here's Nashville Pussy's bio from their site:
True rock n' roll doesn't require definition. It's self-explanatory based on a gut feeling and the unconditional devotion to the musical genre. Nashville Pussy have celebrated their brand of genuine rock n' roll for more than a decade, in classic style at times, surprising at others, but always earthy, raw and unadulterated.
Band mastermind Blaine Cartwright (vocals, guitar), his wife Ruyter Suys (guitar), Karen Cuda (bass) and Jeremy Thompson (drums) poured their heart and soul into the latest rock release, entitled From Hell To Texas, which saw the band hone their most impressive recording to date alongside the non stop touring, from Australia, Brazil, Canada, Europe, Japan, and almost a year straight with the Reverend Horton Heat, "We allowed ourselves this time to give the songs the chance to turn out as perfect as possible," Cartwright explains. "We kept playing the new tracks at our rehearsal room until they really clicked. I feel they're heavier and grittier than previous releases. The whole creative process took three long years, but the result has been worth the trouble."

Their songs are mostly about fun and good times, but occasionally – as in the case of 'Late Great USA' – they also stick the finger into an open wound. "Although Blaine's comical and satyrical themes mostly prevail on From Hell To Texas, there are two or three numbers which deal with more serious subjects. 'Late Great USA' is a political song, we simply had to vent our anger at certain grievances in this country."
For some big kid, AKA:  adult fun, check out Nashville Pussy's main site here for CD and tour info and Check out our very own sister site, ChiIL Live Shows for all our live show shot archives including Nashville Pussy's August show. 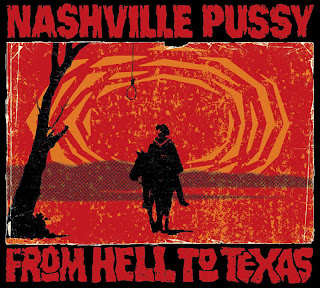