November Shows On Our Radar-Peter Murphy, Naked Raygun, Fitz and The Tantrums, Henhouse Prowlers, Further, and I Lost Control

Wednesday 11-16--I Lost Control-Double Door (21+)
This one's a freebie.   Check out local, post-punks tomorrow night.    Burial At Sea and The Beez Neez open.    Mention "I Lost Control" at the door and get in free!

Burial At Sea, The Beez Neez 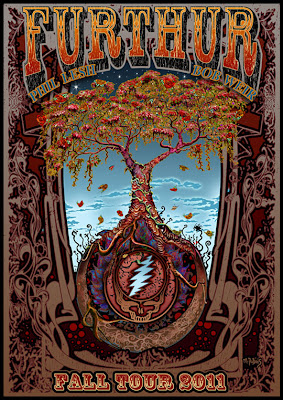 These guys just keep selling out shows, but they're no sell outs.   Hope you got your tickets, 'cause all 3 nights are gone.   Check out some rockin' great music during their 3 night run at Metro, or catch 'em next time around.

3XRT Welcomes...
FITZ AND THE TANTRUMS

In just a few years, soulsters Fitz and the Tantrums went from the living room to the main stage. The recipe for meteoric success? Six killer musicians, five dapper suits, irresistible songs, some serendipity and one vintage organ. Since their first show at Hollywood’s Hotel Café in December 2008, Fitz and co. have toured with Maroon 5, played to thousands at Colorado’s world famous Red Rocks Amphitheatre, shared the stage New Year’s Eve with Sharon Jones and the Dap Kings, and performed on KCRW’s esteemed show, Morning Becomes Eclectic.
All this on the strength of their stellar five-song EP, Songs for a Breakup, Vol. 1. For some bands, it takes a lifetime to build this success, but few performers deliver an unrestrained blast of soul-clapping, get-down-on-the-floor, moneymaker shakers like Fitz and the Tantrums. Since the release of their debut full length, Pickin’ Up the Pieces, the troupe is even more poised get down in dancehalls across the universe, and recently played to thousands of adoring fans in Chicago at Lollapalooza. Come see them at Metro!

What poor gods we do make, but what fun live shows!   We adore these guys.  Catch a blast from the past with Chicago punks, Naked Raygun.   Most of these guys have punk kin of their own, now, so they don't play out like they used to.   But unlike many 80's punk bands, they ARE all still alive.   So come out and catch 'em while you can.

And please oh please sing Wonder Beer.  Just can't get enough!  I yelled "Wonder Beer" to them from the photo pit, at their last Congress Theater Show, when they opened for Dropkick Murphys, and they obliged.   All the drunk punks thank you.

Check out our live Naked Raygun show shots here, and all our Live Show Archives at ChiIL Live Shows.

The Night Before Thanksgiving...
NAKED RAYGUN


THE FALCON
DAN VAPID AND THE CHEATS
MY BIG BEAUTIFUL
Naked Raygun was one of the first U.S. post-punk bands of the early '80s that merged melodic influences with punk/hardcore. Formed during 1981 in Chicago, and largely influenced by such art-punkers as Wire and Gang of Four, Naked Raygun made it clear early on that they were unafraid to speak their minds, especially on their 1983 debut album Basement Screams. 1985's Throb Throb saw the group hone their sound even further, adding more melody, in addition to a more meatier and metallic guitar sound. Ever striving for distinctiveness, the band refused to follow any set musical formula while releasing 1986's All Rise, 1988's Jettison, and 1989's Understand. After the release of Raygun...Naked Raygun in 1990, the band split. Members went on to perform with other bands including Pegboy and The Bomb.

Because of the public demand for Naked Raygun material, 1999 saw the indie label Touch And Go/Quarterstick reissue all of Naked Raygun's albums with bonus tracks, as well as the compilation Naked Raygun: Huge Bigness -- Selected Tracks From the Collected Works, 1980-1992. In 2006, Naked Raygun reformed to headline Chicago's annual punk festival, Riot Fest. After the success of the show, which saw a sell-out crowd of 4,000 people, Naked Raygun decided to carry on with new releases, a Blue-Ray HD DVD documentary of their Riot Fest show and several one-off shows in different markets across the United States. Most recently, the band released #3 of their 7” series, and are heading back into the studio at the end of the year to record more new material. They will tour both the West Coat and Europe in 2012.

Peter Murphy just released the second installment of the four part interview series about his upcoming album, Ninth. In the video Murphy chats about "I Spit Roses" which is the first single off Ninth, that was released earlier this year. Check out the video below!

Bela Lugosi may be dead, but Peter Murphy, frontman for Bauhaus is most decidedly not!   Catch Peter Murphy with She Wants Revenge at Metro on November 26th! Tickets are available at the box office or online.

English rocker, Peter Murphy, also known as the Godfather of Goth, is embarking on a co-headlining tour with rock duo, She Wants Revenge. Justin Warfield of She Wants Revenge has referred to Murphy as one of his heroes and described him by saying, "Peter Murphy is an art-school educated rock 'n' roll frontman and lyricist of the highest order. His voice is unmistakable and he's written songs that transcend genre or time-period." Murphy started his career as a solo artist but later became the lead singer of the band Bauhaus. Murphy's latest studio album, Ninth, which was released earlier this year, is his first album since his latest departure from Bauhaus and his first solo album in 7 years.

Even though She Wants Revenge hasn't be around as long as Peter Murphy, they definitely have a pretty impressive resume. The band just released their third album, Valleyheart, earlier this year and have already toured with bands such as Depeche Mode and Placebo. She Wants Revenge once said that their dream was to tour with Murphy's former band Bauhaus. The love is clearly mutual because this what Murphy had to say about She Wants Revenge, "My bass player and right hand man Jeff Schartoff tipped me about She Wants Revenge...I like their no pussy-footing convincing blend of Americo/Brit sensibilities with insightful words and testosterone...with a titch of Kole."

Come check out Peter Murphy and She Wants Revenge grace Metro's stage on their North American tour this fall! 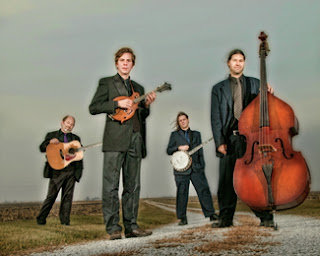 Henhouse Prowlers were just announced as part of the lineup for the always impressive, Chicago Bluegrass and Blues Fest extravaganza.   But you don't need to wait till January to catch 'em live.

In the bluegrass history books, Chicago has been a pivotal stop along the road to success for the Monroe Brothers and, in more current times, noteworthy as home base for the long popular Special Consensus. And now, the Windy City serves as a critical intersection in the lives of four musicians, two who hail from Illinois and the others from as far and near as upstate New York and Wisconsin.

After seven years of hard work and a relentless tour schedule, the Henhouse Prowlers have gained a growing reputation for their highly original, tradition-inspired bluegrass built around intricate harmonies and electrifying stage energy.

In 2010, while balancing time on the road and in the studio in Colorado, the Prowlers placed third in the prestigious Telluride Bluegrass Festival Band Competition and took top honors in the RockyGrass Band Competition.

During this time, the band entered the studio with visionary producer and dobro player extraordinaire, Sally Van Meter, completing its third album. The product, thirteen-track “Verses, Chapters and Rhymes,” features original tales of life’s trials and tribulations laid over vocal and instrumental work as refined as it is danceable. With the guidance and vision of Sally’s truly professional production work, “Verses” offers a mature statement from Chicago’s hardest working bluegrass band that is as clean, crisp and deliberate as it is hard-driving and loaded with the raw passion and energy the boys have made their trademark.

The year 2011 has been filled with exciting opportunities for the band. After releasing “Verses” and performing at Wintergrass in February, the Prowlers embarked on their first ever European tour. The international debut was a stunning success and the band has scheduled an extended return to Europe in April 2012. Meanwhile, the Prowlers are on tour coast-to-coast with featured performances at Summercamp, RockyGrass and the Bristol Rhythm & Roots Festival.

Dedicated equally to tradition and innovation, The Henhouse Prowlers center their sound on that of the formative years of bluegrass, while keeping their pulse on today by covering contemporary topics in a largely original repertoire. The group’s prolific songwriting provides entree to twenty-first century topics not typically tackled by traditional bluegrass groups. At the same time, the Prowlers wear the Bill Monroe mantle with spit and polish, performing in suit-and-tie in a tightly choreographed, one-mic stage setting. Combining passion, confidence and flair with instrumental and vocal prowess, the Prowlers deliver dynamic bluegrass with an edge.

Original members Ben Wright, five-string banjo, and Jon Goldfine on upright bass, are joined by Eric Lambert on guitar and Grant Ziolkowski on mandolin. All four bring to the table diverse musical palettes, having pursued music in a variety of settings, ensembles, and genres prior to jelling as The Henhouse Prowlers.

Their eclectic musical backgrounds were the perfect fit when called upon by NBC Today Show correspondent Mike Leonard to compose the soundtrack for his PBS documentary series. Based on the best-selling book, “The Ride Of Our Lives” follows Leonard’s family on a cross-country motor home trip with the backdrop of tradition-inspired music composed and performed (off-camera) by The Henhouse Prowlers.

Check out the band's main site here.
Posted by Bonnie Kenaz-Mara at 4:44 PM