ChiTAG or The Chicago Toy & Game Fair is one of our family's favorite annual events!!   This year we'll be celebrating 10 years of ChiTAG fun with 6 weeks of great give aways for our readers.

We'll be featuring our past, photo filled ChiTAG coverage, original hot toy reviews, inventor features, and more every week as we count down to ChiTAG on November 17th & 18th.   Enter here for your chance to win.   Enter early and often.   Entries from prior weeks do carry over.

Thanks to ChiTAG for once again providing us with 6 sets of 4 tickets for our give aways.


**Click here for a $2 off coupon per ticket and more ChiTAG info.** 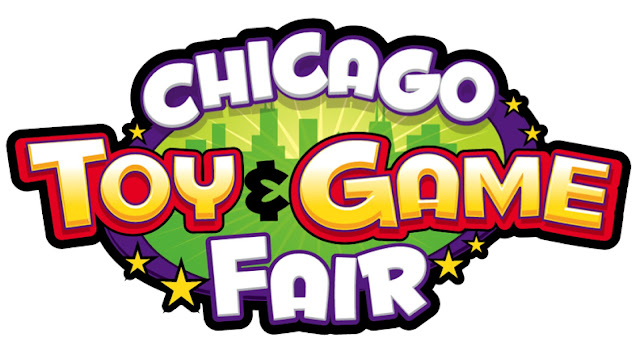 25,000 Visitors Expected To Kick-Off Holiday Season at the Chicago Toy & Game Fair the Weekend before Thanksgiving

The North Pole might as well be in Chicago the week before Thanksgiving, as over 25,000 visitors will head to Navy Pier to shop and play with thousands of toys and games on display from over 250 exhibitors. The 10th anniversary Chicago Toy & Game Fair, the largest public toy and game show in the nation, features the holiday season’s newest offerings from some of the bestselling brands in the world, as well as critically acclaimed, award-winning games from independent retailers.

“We’re so excited about this year’s Fair,” said Mary Couzin, founder and CEO of the Chicago Toy & Game Group which hosts the Fair as the culmination of an entire week of industry conferences and playful events. “For our 10th anniversary we’re pulling out all of the stops with more toys, giant-sized games, awesome tournaments and contests, specialty programming and much, much more. It’s like a giant interactive and bottomless toy box!”

*(10AM-6PM) Stars Wars Lunch (12 Noon – 1PM): Kids and adults alike can dress up as their favorite characters for an interactive lunch and playtime that features a Star Wars-themed Top Trumps tournament. $30/$36 kids under 12/adults. Tickets will sell out, but are available for purchase now at www.ChiTagFair.com

**Top Trumps Guinness Book of World Records Attempt (3PM): Girl Scouts from all across the Midwest will join together in an attempt to break the world record for the most people playing a single card game at one time.

***Young Inventor Challenge (10AM-2PM): Nearly 200 young inventors in two age groups (6-11, 12-18) will display their original inventions of toys and games to be voted on by the public as well as professionals from the United Inventors Association of America. Previous participants have had their inventions licensed by major toy companies. Sponsored by PlaSmart.

Boy Scouts Top Trump Tournament (9AM): Boy Scouts are admitted into the Fair an hour early.