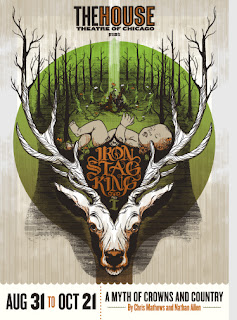 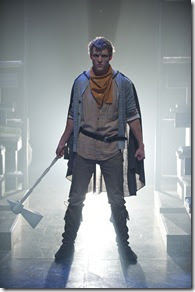 all production photos from The House Theatre credit Michael Brosilow


A myth is born!   The kids (9 & 11) and I caught opening night and thoroughly enjoyed The House Theatre's Iron Stag King Part 1.   They've created a truly magical, engrossing mythology which is at the same time archetypal and entirely new.   Highly recommended.   This is one show you do NOT want to miss this season! 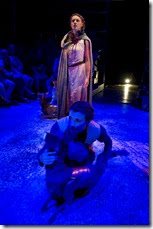 This is not a children's show as there is stage violence and a complex multilayered plot, but the show is fine for savvy tweens, teens and up, especially those familiar with Norse Mythology, The Lord of The Rings, Harry Potter and fantasy role playing games.   My 4th and 6th graders were entranced with the writing and captivated by the whole production, puppetry and drama. 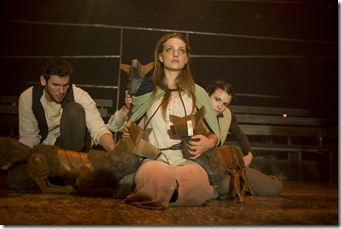 One of our favorite things about House Theatre is their rampant creativity that runs through their original writing, set design, costumes and even their play bills.   They've outdone themselves this time with vintage postcards for tickets and a full blown, fold out map of the realm as a play bill!   Love it

After a bit of a slow start, the 2nd act is teeming with stage combat, magic,  chess worthy strategy and hallucinogenic mind games.   The youngest cast member and her father carried off the eeriest, most disturbing scene of all.   The only thing that makes me happier than seeing The Iron Stag King come to fruition is knowing it's just part one of a trilogy! 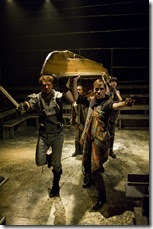 Featuring Company Members Cliff Chamberlain and Joey Steakley “An EPIC, HIGHLY ENTERTAINING affair! …an EXPANSIVE and ARRESTING new production …an AMBITIOUS and EBULLIENT piece of original theater”  - Chicago Tribune FOUR STARS “Performed with PLAYFULNESS and POLISH, it whets our appetite for the next installment.” Time Out Chicago RECOMMENDED "The action sequences are THRILLING and IMMEDIATE. The costumes, lighting and puppetry are CAPTIVATING and often EYE-POPPING! "  – NewCity Stage 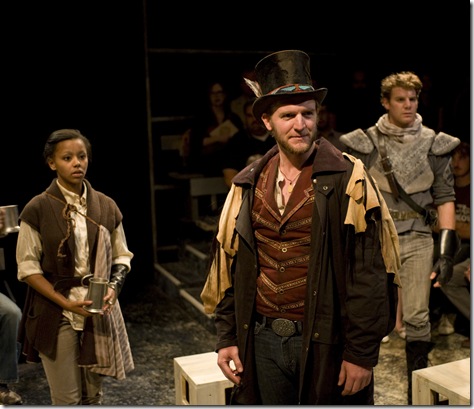 From the writer/director of ‘Death and Harry Houdini’ comes a new epic journey filled with heated battles and life-size puppets. Our unsuspecting hero, Casper Kent, is the son of a poor farmer. When an old storyteller reveals that Casper is the rightful heir to the throne, his life is threatened from all sides. Young Casper must escape the crownless, choose compatriots and question what is good and right for the land. Join him on his quest to lift the magical hammer that will unite or destroy them all.


Part One a myth of crowns and country THE MAGNIFICENTS a magician’s legacy is passed on PLOUGHED UNDER: AN AMERICAN SONGBOOK a concert of folk tales Also THE NUTCRACKER our fantastical expansion of a holiday classic returns THE MAGIC PARLOUR at The Palmer House Hilton Hotel

Click here for our past coverage and show details including our video interview with Dennis Watkins, star of The House Theatre's ongoing Friday night Magic Parlour show now in an open run at Palmer House. 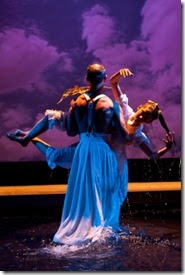 Do NOT miss this truly transformative theatre.   This show will change you and leave ripples for years to come.  The deepest archtypal characters emerge from the subconscious of Lookingglass Theatre's reflecting pool and morph into flowers, trees, gold, and melt back into water again. With the true skill of an alchemist, Mary Zimmerman brings forth the myths of Ovid and transforms them into storyteller's gold. 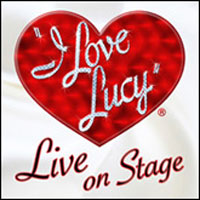 I Love Lucy LIVE at The Broadway Playhouse through Nov 11th (review)-
ChiIL Live Shows had a chance to check out opening night and this musical adaptation is a hoot!  It's tame enough for the kids and a time travel trip for the elder generations.  There are in jokes, plenty of show references, and even a game show segment where members of the audience compete on I Love Lucy trivia.  However, the show also stands alone as a funny, fun piece, even if you've never see an original I Love Lucy episode.


Even though I wasn't born when the episodes initially aired, I do remember seeing most, if not all of them in daytime TV reruns, as a child in the 70's.   Just about the only time we were allowed to watch endless TV was when we were out of school sick.   So I Love Lucy is like comfort food to me.   I equate the amusing black and white episodes, Lucy's over the top facial expressions and quirky conundrums, and Ricky's Cubanglish and bongos with chicken soup, feather comforters, a big box of tissues, and a Lazy Boy recliner.

Broadway's version does a great job of recreating the naive plots, physical comedy and hilarity of the original, and even the technology of the times--with 1950's mics, cameras, and ads.   The studio singers who belt out all the sponsor jingles to soft shoe routines are homage and fodder simultaneously.
The intimate Broadway Playhouse space is perfect to simulate a studio audience situation, and this nostalgic nugget is a welcome respite from the complicated chaos of this century. 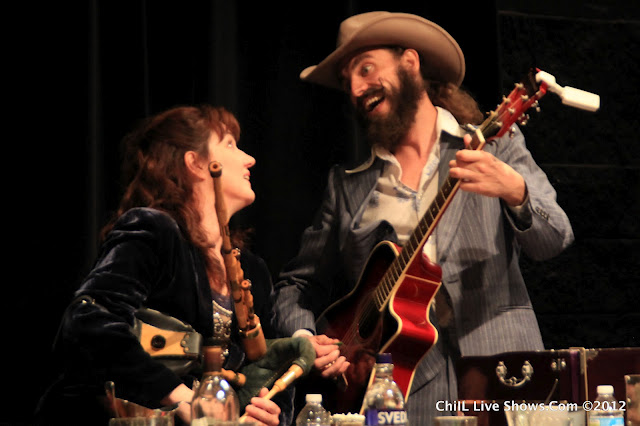 The Strange Undoing of Prudencia Hart by National Theatre of Scotland at Chicago Shakespeare-*Check out our photo filled review and show details here.
Posted by Bonnie Kenaz-Mara at 4:09 PM