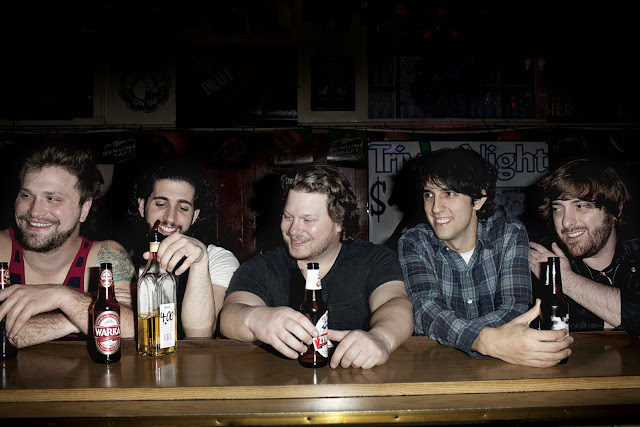 Chicago electro-rockers Blane Fonda will celebrate the official release of Foolish Croon with a show at Subterranean tonight, Friday, June 15:

Blah Blah Blah and Volcanoes Make Islands will be the supporting acts.

Check out the band's main site here for more info. 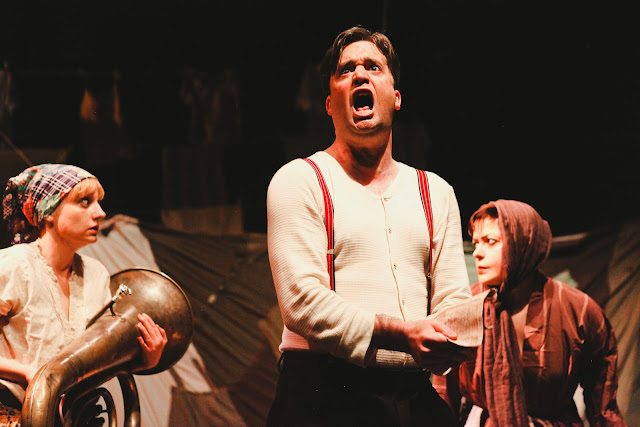 
We've been promoting this show on our FB and Twitter feeds and are looking forward to checking it out.  ChiIL Live Shows will be there for opening night tonight and we'll have a full review up for you shortly.

The Strange Tree Group (STG) is proud to play a part in the torturous production history of Nicolai Erdman's The Suicide, “a spectacular mixture of the ridiculous and the sublime” that caused Joseph Stalin to send its playwright straight to Siberia before the thing could ever be produced. Adapted by Robert Ross Parker of New York’s Obie Award-winning Vampire Cowboys Theatre, with the literal translation by Marina Raydun, Goodbye Cruel World, crackles with comedy, 38 costume changes and terrible tuba playing. In the vein of Strange Trees 2010 Jeff Award-winning Shakespeare’s King Phycus, the ensemble is made up of six fearless actors portraying 27 distinctly different parts.

In this acclaimed 2010 adaptation our hero, poor Semyón Semyónovich, lives in a glorious worker’s republic, and yet, he has no job! His most recent scheme – to become a world-class tuba player and spend his fortune on vast quantities of eggnog – has fallen to ashes. In the depths of despair, Semyón contemplates bringing it all to an end…but that’s when his troubles truly begin. Before long, ambrosial actresses, passionate priests, and policy makers plot to exploit Semyón’s death for their own gain and, while they’re at it, topple an entire regime.

Goodbye Cruel World has only been produced once before by The Roundtable Ensemble in 2010 at Arclight Theater in New York. Of the production Jason Zinoman of the New York Times raved, “A rarely produced gem...Robert Ross Parker’s target is pure, silly farce. And he hits it, dead-on.”

One of the finest plays to come out of Communist Russia, Nicolai Erdman's The Suicide is a comic masterpiece, but unfortunately its production history is not as funny. Written in 1928, three of Russia’s acclaimed theatre companies, the Vaktangov Theatre, Stanislavski's Moscow Arts Theatre, and the Meyerhold Theatre all battled for the production rights.

The Meyerhold Theater won; however, after a closed dress rehearsal before members of the Cultural Propaganda Department of the Central Committee, the Stalinist government banned the play before its first public performance. Playwright Nikolai Erdman was arrested and exiled. The play wasn't produced in the USSR until 50 years later, after Erdman’s death.
The Strange Tree Group is a collective of multifaceted individuals dedicated to creating intricate, intimate theatrical experiences that extend beyond the boundaries of a traditional stage. The company produces works that inspire creativity not only in its actors but also its audience. The Strange Tree Group is committed to producing pieces that celebrate the strange and the magical; the dangerous and the fantastical; and the surprisingly usual nature of unusual behavior.

The Strange Tree Group won a Non-Equity Jeff Award for Best Ensemble for their 2010 production of Shakespeare's King Phycus. The STG ensemble was nominated again for The Three Faces of Dr. Crippen, presented as part of the Steppenwolf Garage Rep, and Artistic Director Emily Schwartz won the Jeff Award for New Work for Dr. Crippen (which also picked up the Jeff Award for Best Director, given to Jimmy McDermott). For more information, visit strangetree.org.

Schedule & Ticket Information
The show runs Thursdays through Saturdays at 8 p.m. and Sundays at 3 p.m. through July 22 at Theater Wit, 1229 West Belmont Ave., in Theater 1.

Tickets are $25 for general admission and $15 for Industry offered on Thursdays and Sundays (20 industry tickets available online per show, first come first serve); $15 for preview performances on June 13 and 14; and $13.50 for students with valid ID.

$50 RIP (Really Important Person) seats, also known as the best seats in the Republic, along with a cast signed limited edition screen print are available.