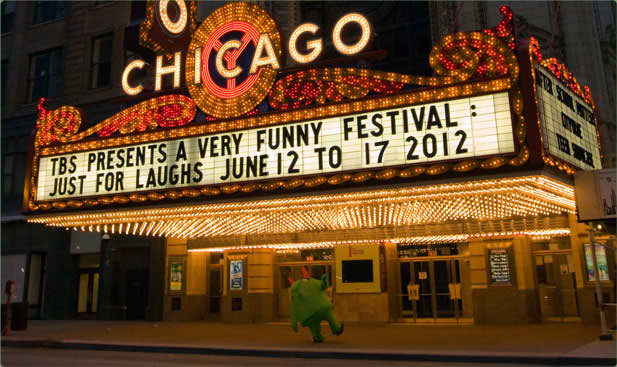 You're in for a treat at Chicago Theatre tonight!   Congrats to the following five, whose evening is about to get a bit funnier.   Two free tickets will be waiting at the box office under your name (ID required).   The show is at 8PM.   ChiIL Live Shows will be there....will YOU?!

Its inaugural Montreal Festival 30 years ago is now the world's largest and most prestigious comedy event welcoming 2 million people each summer. The Group has offices in Montreal, Paris, Los Angeles, Toronto, London and in a dark alley at the end of the street.
Posted by Bonnie Kenaz-Mara at 9:41 AM