Theatre Town Low Down-Hair, Madagascar, The Merchant of Venice, Sinbad, Arnie The Doughnut and This 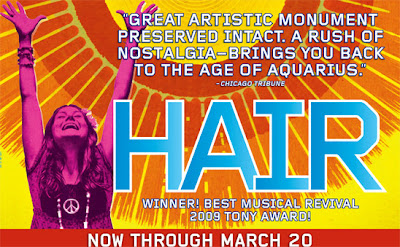 It's a great time for theatre lovers in Chicago.   Last night Du-Jay and I checked out Broadway in Chicago's musical, Hair, and unanimously loved it.   We'll have a full review up shortly.
HAIR
Theatre : Ford Center/Oriental Theatre, Chicago Illinois
Dates : March 08, 2011 - March 20, 2011
Running time: Approximately 2 hours, 24 minutes including one intermission
Other information: While many find this show suitable for young adults (13 and older), parental discretion is advised. There is a dimly lit 20-second scene with nudity that is non-sexual in nature.
"THE MOST EXCITING SHOW IN TOWN! HAIR FEELS UTTERLY OF THE MOMENT IN ITS POWER TO MOVE US.
THERE'S NOTHING LIKE IT." – Bloomberg News
WINNER! BEST MUSICAL REVIVAL 2009 TONY AWARD!
The Public Theater’s new Tony-winning production of HAIR is an electric celebration on stage! This exuberant musical about a group of young Americans searching for peace and love in a turbulent time has struck a resonant chord with audiences young and old. HAIR features an extraordinary cast and unforgettable songs, including “Aquarius,” “Let the Sun Shine In,” "Good Morning, Starshine" and “Easy To Be Hard.” Its relevance is UNDENIABLE. Its energy is UNBRIDLED. Its truth is UNWAVERING. It's HAIR, and IT'S TIME.
"THE ULTIMATE AMERICAN ROCK MUSICAL!" – Ben Brantley, The New York Times
"HAIR SPEAKS TO A WHOLE NEW GENERATION!" –Time Out
"IF THIS EXPLOSIVE PRODUCTION DOESN’T STIR SOMETHING IN YOU, IT MAY BE TIME TO CHECK YOUR PULSE." – Variety
THE #1 MUSICAL OF 2009 – Entertainment Weekly
Ticket prices are $27 to $90.
Ticket available now for groups of 15 or more! Call (312) 977-1710.

Tonight both kids, a friend, and I are all off to Rosemont Theatre for the opening night of Dreamworks Madagascar Live!   We can't wait to move it move it.   We gave away a family 4 pack and hope our lucky winner D'Arcy M. has a wonderful time there tonight with her family, too.
Thursday, we'll be reviewing the opening night of Shakespeare's classic, The Merchant of Venice starring F. Murray Abraham.   This Broadway in Chicago production is playing at Bank of America Theatre March 15, 2011 - March 27 only.
From the acclaimed Theatre for a New Audience, the first U.S. theatre to be invited to the Royal Shakespeare Company, comes Shakespeare's tragicomedy following command runs Off-Broadway and in Stratford-Upon-Avon. Starring Oscar winner F. Murray Abraham in his riveting portrayal of Shylock, and directed by Darko Tresnjak (former Artistic Director, Old Globe), the play has been arousing controversies for centuries with raucous and gentle comedy, tender poetry, and its struggle with mercy and justice. In this riveting update, religion, race and sexuality collide with love, family and justice and the currency of society and humanity has never been so changeable.
Ticket prices are $25 to $80.
GROUPS OF 15 OR MORE ON SALE NOW!
CALL (312) 977-1710

Finally, over the weekend, two kid friendly shows open at two of our favorite family venues in the city.    We'll be reviewing Sinbad at Adventure Stage and Arnie The Doughnut at Lifeline!
Arnie The Doughnut
March 19 – May 15, 2011
Sat at 1pm, Sun at 11am & 1pm 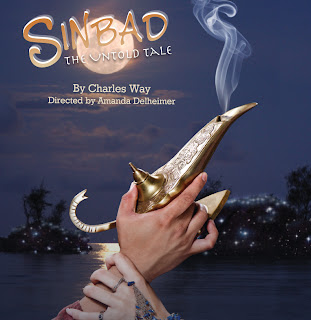 Sinbad:  The Untold Tale
Ittifaq, the pampered daughter of famed sailor Sinbad of the Seven Seas, bristles under her father’s overprotective care and longs for an adventure of her own. Young Sinbad, an orphaned porter, lives on the streets and relies on his clever wit to survive. The two meet by chance just before a bitter sorceress casts a poison cloud over the city of Baghdad. The unlikely duo soon find themselves facing good and evil genies, daring sword fights, magic boats and flying carpets. But can Sinbad and Ittifaq defeat the sorceress in time, or will their beloved city be destroyed forever?
Recommended for ages 9 and up (4th thru 8th grades).
Please note: Children under age 5 are not permitted in the theater.
*We still have a family 4 pack of tickets to Sinbad, at 2:00PM on March 26th (enter HERE through midnight 3/21 for your chance to win Sinbad tickets and a host    of other great March give aways).
Parents Night Out: 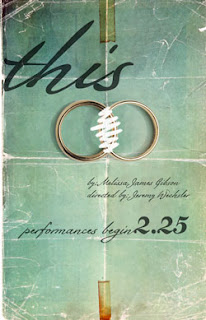 We've been recommending THIS since February, but if you haven't made it out to the show, yet, don't delay.   ChiIL Mama gave away an entire weekend of free tickets to THIS, a fantastic, and highly recommended show, still playing through March 27th.   We still have a $10 discount code for our readers, good throughout the run.   Our full review will be up this week.
*T
he code CHILLOUT will pay for your first hour of babysitting ($10 off any performance).  For more information about Theater Wit and THIS, you can check out the website, http://www.theaterwit.org
Theater Wit
This
by Melissa James Gibson
directed by Jeremy Wechsler
February 25, 2011 through March 27, 2011
"Profoundly moving, both caustic and funny! Recommended" - Chicago Tribune
"HIGHLY RECOMMENDED! Sensational!" - Sun Times
"★★★★ A Don't Miss proposition" - The Examiner
A rueful comedy about the complexities of backing into middle age. Jane is a recent widow whose dating life is a shambles, and her helpful friends are only helping make things more complicated. Tom and Merrill think it's time that their windowed friend Jane comes out of her shell and starts dating but after a party game goes awry the resulting affair threatens to unravel their entire circle of friends.
Get tickets/schedule for This
We'll also have a feature up this week with theatre related summer camps, among other creative options.   We'll also have a feature on the rash of fun, spring benefits, so you can support the arts in a more substantial way than loaning your couch to a starving artist.   So check in early and often.
chiIL Mama
because life doesn't end with birth.........
Posted by Bonnie Kenaz-Mara at 11:53 AM

Email ThisBlogThis!Share to TwitterShare to FacebookShare to Pinterest
Labels: Broadway in Chicago, Theatre