WHAT WE'RE WATCHING: The First Season of “STUDIO B” Will Be Released Monday, Oct. 22 on Multiple Streaming Platforms

Shows On Our Radar

CHICAGO CREATIVES, WHICH INCLUDE SECOND CITY ALUMS, UNITE TO LAUNCH
STUDIO B,
A NEW GENRE-BENDING MUSIC WEB SERIES THAT IS
SO CHICAGO IT IS BASICALLY DEEP DISH PIZZA 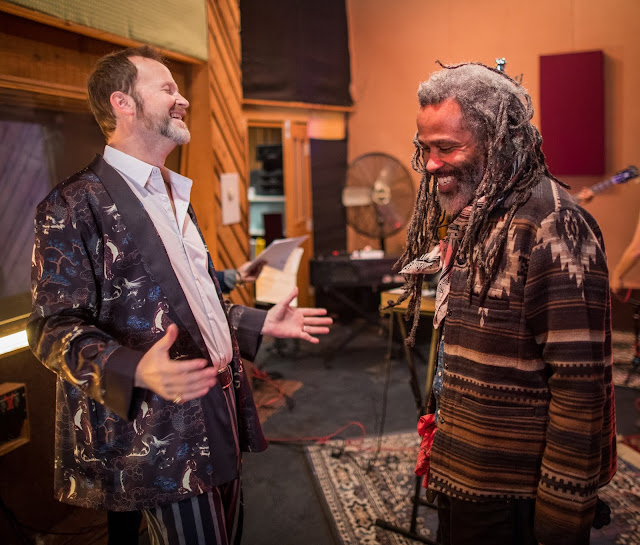 The First Season of “STUDIO B”
will Be Released Monday, Oct. 22 on Multiple Streaming Platforms 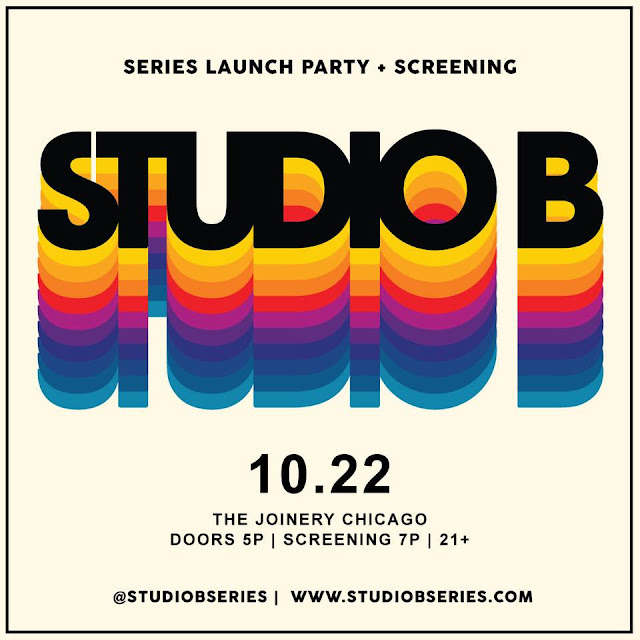 What happens when a group of talented Chicago musicians, actors, improvisers, stand-ups, songwriters, and DJs collaborate on a web series? You get “STUDIO B,” the three-episode workplace comedy of a struggling Chicago recording studio trying to make a comeback along with supporting its bizarre clientele. STUDIO B can best be described as “30 Rock” meets Spinal Tap coupled with original music by composer Julie B. Nichols.

Each episode follows a different musical act entering the studio to record what they hope will be their break-through hit, while the studio staff hopes it will keep them afloat. The first season of STUDIO B will be released Monday, Oct. 22 at 10 p.m. and will be available on www.studiobseries.com, as well as on Vimeo, YouTube, and Instagram TV. The creators of STUDIO B are hosting a public launch party the date of the release (Monday, Oct. 22 from 5 – 10 p.m.) at The Joinery, 2533 W. Homer Street in Logan Square, for fans and supporters to gather and watch the series. The screening will begin at 7 p.m. that night. To RSVP for the launch party, please email studiobseries@gmail.com or register at studiobseries.com. 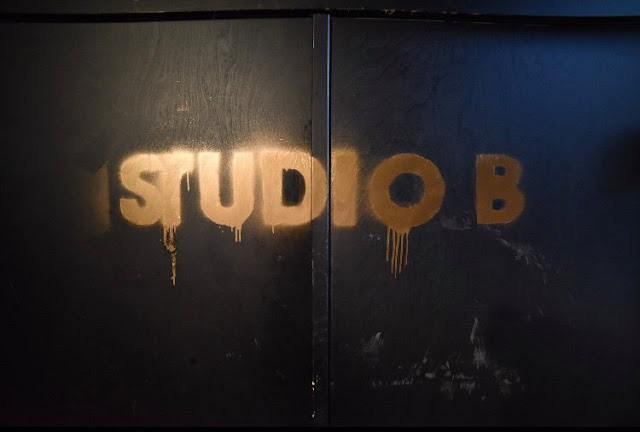 Directed by Second City veteran and Jeff Award-winner Billy Bungeroth, the series features a slew of local artists, including famed improviser TJ Jagodowki as STUDIO B producer Peter “Push” Watts, Asia Martin as engineer extraordinaire Angela Cage, and characters played by Tien Tran, Jeff Murdoch and Max Thomas rounding out the studio staff. The members of the show’s creative team draw from their varied backgrounds to create something unique in the worlds of both music and comedy.

The creators of STUDIO B are no strangers to genre mash-ups. Bungeroth and Nichols last collaborated for The Second City and Hubbard Street Dance’s hybrid comedy/dance show The Art of Falling, which Chris Jones of the Chicago Tribune call “an exceptionally artful and life-affirming show.”

The creative team behind STUDIO B is proud to showcase this genre-bending of comedy and music. Bungeroth reflects on the melding of these genres and stated, “Believe it or not, my life in music yielded more comedy and crazy characters than my life in comedy. We wanted to bring that side of the business to life. Also, we wanted a comedy with genuinely great music! That’s a rarity.” 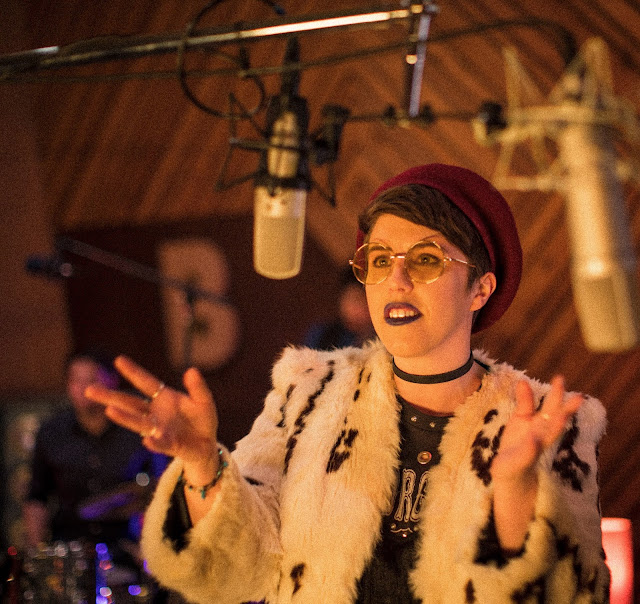 ABOUT THE CREATORS
BILLY BUNGEROTH, director/writer
Billy Bungeroth is a Jeff Award-winning director, writer, songwriter/producer, world-traveled musician, and sometimes actor who is proud to call Chicago his home. For over a decade he worked as a director/writer and creative director at The Second City Theater. During which time he subsequently toured around the globe with JC Brooks & The Uptown Sound, a band he founded. Highlights for him included playing Lollapalooza and opening for Mavis Staples and Robert Plant. His songs can be heard in wide variety of radio, television, film and one video game. As a theater director his work has been seen throughout the country, including The Kennedy Center, Woolly Mammoth, La Jolla Playhouse, Lyric Opera, and with The Hubbard Street Dance Company.  He has had the honor of directing and performing with a diverse assortment that range from talent from Phish, to Terrence Howard, to Renee Flemming, to Fred Armisen, to Partirck Stewart. As an actor he can be seen in the upcoming final season of EASY on NETFLIX or performing with TJ Jagodowski and Emma Pope in TRIOS. Don’t worry though folks, he’s still found enough time to create The Epic Sound “a record label for the 21st century.” Studio B has been a true passion, as it combines all of his crazy worlds in one web series.

JULIE B. NICHOLS, music
Julie B Nichols is an alumna of The Second City Mainstage in Chicago where she did sound design, composition and music direction for four revues, including the Jeff Nominated South Side of Heaven. She then collaborated with The Second City and Hubbard Street Dance Chicago for the critically acclaimed ‘The Art of Falling,’ which has since been remounted in Los Angeles and Chicago. She has worked all over the world including The Kennedy Center, Woolly Mammoth Theater, Alliance Theater and Boom Chicago in Amsterdam, where she was Associate Musical Director for two years. She has been honored to share the stage with many notable performers, including Tom Hanks, Paul Simon and Phish.  Film credits include award winning documentary feature “Walk All Night: A Drum Beat Journey,” and Slamdance 2017’s Best Narrative Short “No Other Way To Say It.” She currently teaches at University of Chicago and composes for commercials. Check out her work at www.juliebnichols.com and follower her on instagram @juliebnichols.\

RYAN ASHER, writer
Ryan Asher is a cast member of Second City's 106th Mainstage review Dream Freaks Fall From Space. Asher got her BFA in theatre at VCU in Richmond Virginia. She has lived in Chicago for 8 years performing all over town. She has improvised in Mick Napier's Trigger Happy, on The Late 90's at iO, and with Shebeast at the Annoyance. Asher was a member of Second City's National Touring company for 2 years (Green Co 4 lyfe)! She was a writer/performer in Divided We Stand and The Unofficial Guide to America at the Kennedy Center. She makes videos, wears wigs, and loves appetizers. Check her out on Twitter and Instagram @Reen_machine.

TJ JAGODOWSKI, writer/cast
TJ Jagodowski has been improvising, directing or teaching improvisation in Chicago at ImprovOlympic, the Annoyance Theater and Second City for almost 25 years. He has been doing commercials for Sonic Drive-In as one of the “Two Guys” for longer than you might imagine. He makes up half of the duo TJ and Dave along with his improvisational partner, David Pasquesi. TJ has had small parts in a handful of films, including; The Ice Harvest, Stranger Than Fiction and Oz: The Great and Powerful. He is very proud to have been a part of the series “Shrink” and the improv/sketch group The Outsiders along with his friend and director Billy Bungeroth.

ASIA MARTIN, writer/cast
Asia Martin is a standup comedian, actress and improviser from Washington D.C. She just got back from performing a show she wrote for the Kennedy Center and is a member of Second City’s touring company and a member of PREACH!, a spoken word improv troupe. She has performed in readings and plays at Victory Gardens, Steppenwolf, The Goodman, MPAACT and Timeline Theatre.
Posted by Bonnie Kenaz-Mara at 4:59 PM