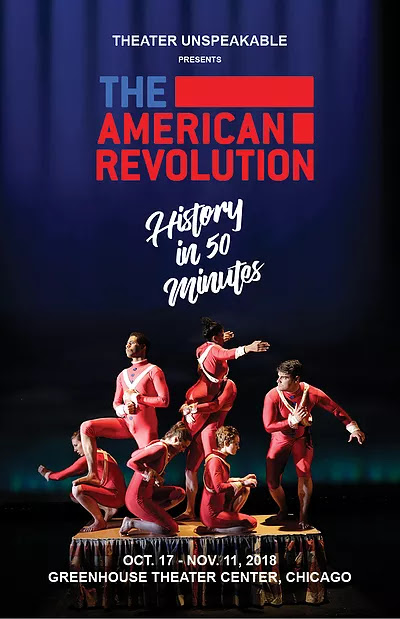 In this 50-minute play, seven actors, all performing two feet off the ground, share 21 square feet of space to recreate the entire American fight for independence from Lexington to Yorktown. Using only the actors’ bodies, voices, and (pantomimed) cannons, the show evokes an epic time-period in American history.

About Theater Unspeakable
Founded by Marc Frost in 2010, the Chicago-based Theater Unspeakable draws upon the heavy influence of Jacques Lecoq and Marc’s two years spent at the London International School of Performing Arts (LISPA). The American Revolution is Theater Unspeakable’s third production, following Superman 2050 and Murder on the Midwest Express. Their work has been presented at the Kennedy Center in Washington, DC, The Chicago Humanities Festival, and at Lincoln Center Education in New York. They continue to tour nationally.
Posted by Bonnie Kenaz-Mara at 3:18 PM