AT THE GREENHOUSE THEATER CENTER 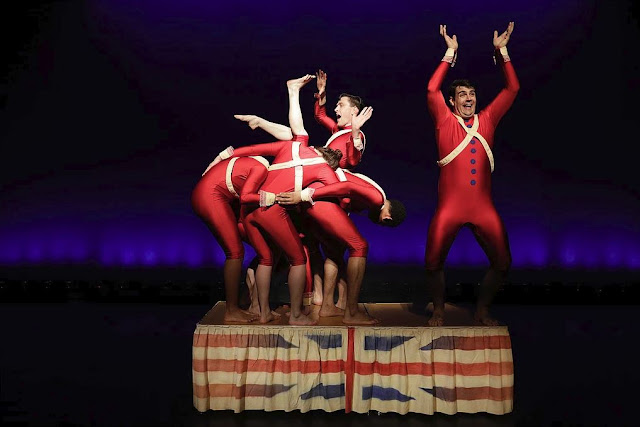 **If all portrayals of History had been more fun like this, I would have paid more attention in Social Studies at school.**

“Well, that was unique!” was the reaction of my theater novice brother about the unusual but very fun production of The American Revolution by Theater Unspeakable.

Difficult to explain, but a hoot to experience, Theater Unspeakable is a very physical theater company based in Chicago but tours extensively to share their creative works around the U.S. The American Revolution is an original production, a wild summary of the American fight for independence. Currently playing at the Greenhouse Theater Center, 2257 N Lincoln Avenue, Theater Unspeakable has a limited engagement October 17 through November 11. Following its Chicago run, The American Revolution will soon play in Washington and California. 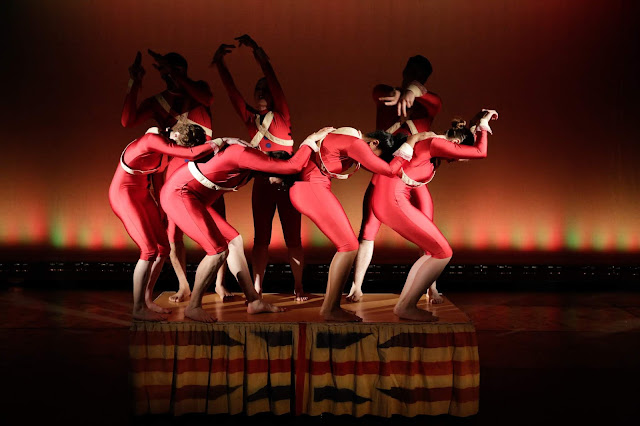 Combining tongue-in-cheek humor and quick pacing with amazing body language, The American Revolution brings to life George and Martha Washington, King George III, Sam Adams, Paul Revere, John and Abigail Adams, Thomas Paine, and Thomas Jefferson. The seven performers create a theatrical game like Twister with impressive acrobatics. One of my favorite bits was whenever King George III was portrayed, one of the actresses was placed behind him as his legs, creating a hilarious visual effect as he childishly waved “his” legs in the air. “I liked their retreat,” observed my sister after the show. When ascending a hill to battle, the actors had their fingers act as small legs rushing the hill, then “retreating” upon command. Funny stuff.

“In this 50-minute play, seven actors, all performing two feet off the ground, share 21 square feet of space to recreate the entire American fight for independence from Lexington to Yorktown. Using only the actors’ bodies and voices, the show evokes an epic time-period in American history,” according to their press release. (“How did they not fall off that platform?” asked my mesmerized brother.) We asked how long they rehearsed and were amazed it was only three weeks. Just the variety of sound effects alone would be a challenge to coordinate. 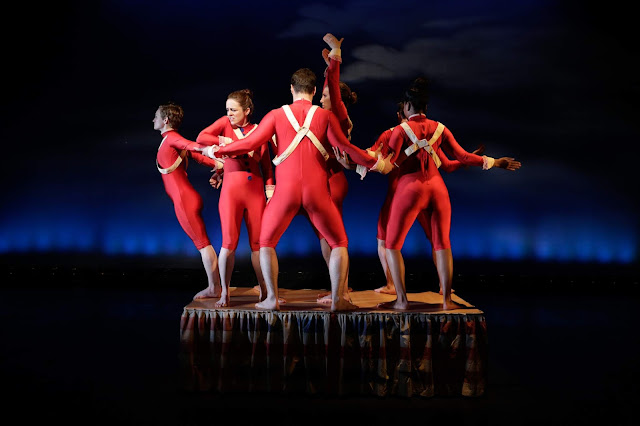 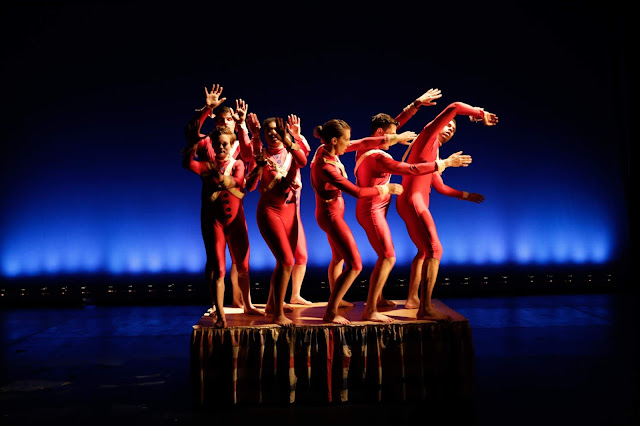 Highlights include the Boston Tea Party, the re-enactment of Washington crossing the Delaware, and the rendition of “My Country, Tis of Thee” while mimicking an American flag.

If all portrayals of History had been more fun like this, I would have paid more attention in Social Studies at school. The American Revolution is a perfect family show, so we want families to enjoy it together! Theater Unspeakable is now offering a family discount. Get 4 tickets for only $50. Have more than 4 people in the family? No worries! It's only $12.50 for each additional family member. 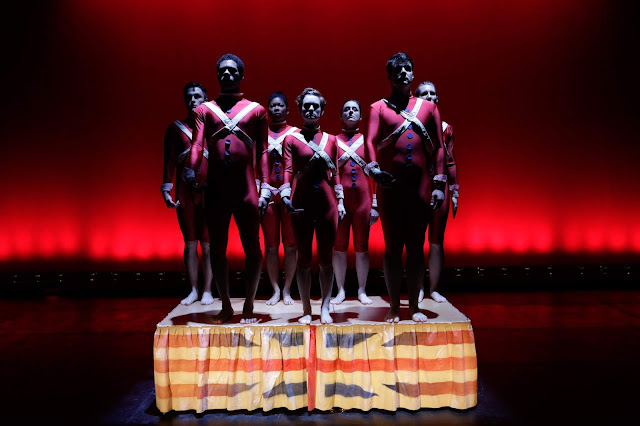 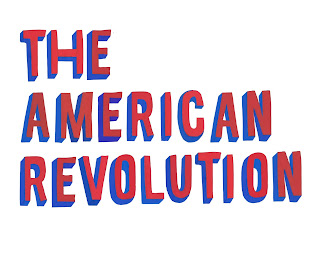 About Theater Unspeakable
Founded by Marc Frost in 2010, the Chicago-based Theater Unspeakable draws upon the heavy influence of Jacques Lecoq and Marc’s two years spent at the London International School of Performing Arts (LISPA). The American Revolution is Theater Unspeakable’s third production, following Superman 2050 and Murder on the Midwest Express. Their work has been presented at the Kennedy Center in Washington, DC, The Chicago Humanities Festival, and at Lincoln Center Education in New York. They continue to tour nationally.