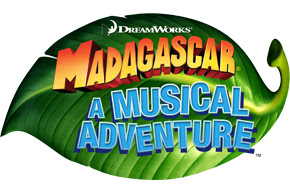 MADAGASCAR – A MUSICAL ADVENTURE runs most Tuesdays through Sundays at 10 a.m. with certain performances at 12:30 p.m. Visit MarriottTheatre.com or call 847.634.0200 for exact schedule, as show times and dates may vary. Single ticket prices are $17.23 per person. Groups of 20 or more receive a discount by calling 847.634.5909. Free parking is available at all shows. To reserve tickets, call the Marriott Theatre Box Office at 847.634.0200 or visit www.MarriottTheatre.com.
Posted by Bonnie Kenaz-Mara at 7:32 PM