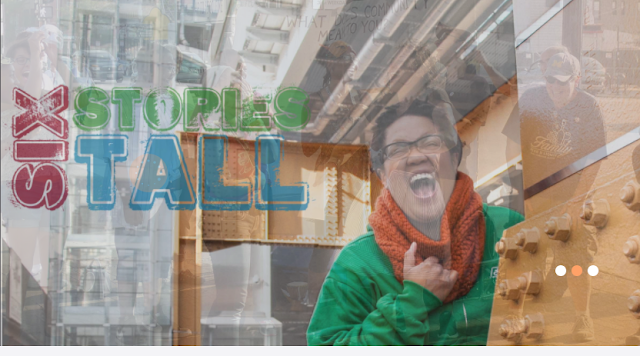 All photography by Johnny Knight Photo and design by vivid valentine

Adventure Stage Chicago (ASC) is one of our long time favorites for community involvement and stellar story telling. We caught Six Stories Tall back in 2012 and are thrilled to see they're doing a remount. Don't miss this!

As a participatory arts company, ASC productions feature multiple options for audience engagement. Each performance is framed by a Curtain Conversation, asking audiences to keep a question in mind as they watch the play and return to it after the show; our lobby transforms into an interactive installation; and Learning Guides are available for teachers and parents, including show context and arts-integrated activities.

Tickets are $17 for adults and $12 for youth aged 14 years and younger. Group tickets are $10 for ten or more guests. Student matinee tickets are $7 for CPS and $8 for non-CPS groups. Tickets may be purchased at adventurestage.org or by calling 773.342.4141. 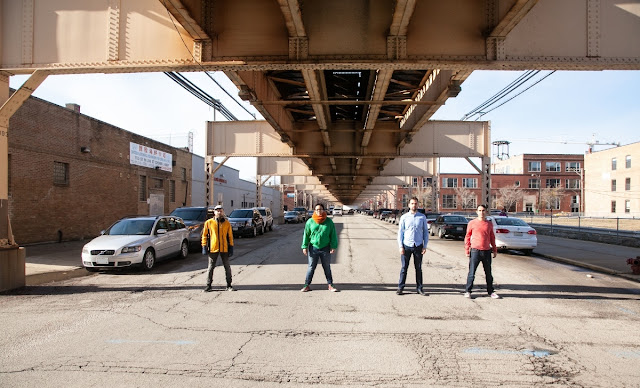 Drums and DJs. Monsters and mysteries. Victory. A legion of young heroes battles villains, saves the underdog, and once again makes dreams come true as ASC revives its electrifying 2012 production before embarking on its first-ever national tour. Influenced by comic books, video games, hip hop, urban mythology, and Latino folklore, this collection of vignettes celebrates youth as everyday heroes taking us on a thrilling, heartfelt journey.

About the Six Stories Tall production team:
Marco Ramirez has had plays produced at The Kennedy Center, The Juilliard School, The Arsht Center, and Actors Theatre of Louisville's Humana Festival of New American Plays (where he's twice received the Heideman Award). TV writing credits include FX's Sons of Anarchy. He trained at both NYU and The Juilliard School. His award-winning play The Royale opened at Lincoln Center in 2016 after a critically-acclaimed premiere production at Chicago’s American Theater Company.

Tom Arvetis is the Founder and Producing Artistic Director of Adventure Stage Chicago at Northwestern Settlement in Chicago’s West Town neighborhood. Tom is a writer/director/performer whose work investigates the themes of identity, family, and community. Playwriting credits: Walk Two Moons (Dramatic Publishing; AATE Distinguished Play of 2013), Spark: Chapter One of the Prometheus Project, Sight Unseen: Chapter Two of the Prometheus Project, and I Dream in Blues. Directing credits include: Augusta and Noble by Carlos Murillo (world premiere), Six Stories Tall by Marco Ramirez (Midwest premiere and national tour), And a Child Shall Lead by Michael Slade, 500 Clown: Trapped (national tour), Katrina: The Girl Who Wanted Her Name Back by Jason Tremblay (world premiere), The Blue House by José Cruz González (world premiere). In 2013, Tom received the Orlin Corey Award for Artistic Excellence from AATE. Tom was a member of AATE’s first Theater Leadership Institute in 2007, an Ann Shaw Fellow with TYA/USA in 2009 and twice a finalist for a Chicago Community Trust Fellowship. He has served on the AATE board of directors and is an adjunct lecturer at Northwestern University.

About Northwestern Settlement and Adventure Stage Chicago:
Northwestern Settlement nurtures, educates and inspires children and families across Chicago. The Settlement’s success results from a commitment to treating every person who enters its doors with dignity and respect, while supporting them with transformational programming designed to disrupt generational poverty. The Settlement has led the way in innovative programming by offering residential science and environmental education for inner-city youth, launching successful charter schools, and adding a theater so children and teens have a forum for expressing their life experiences.
The Settlement’s Adventure Stage Chicago (ASC) is one of the only theaters in Chicago to develop and present works specifically for the pre-teen and teenage audience. Adventure Stage Chicago creates and tells heroic stories about young people in order to engage the community and inspire everyone to be a hero in their own lives. ASC also offers: Neighborhood Bridges, the in-classroom arts residency program; Trailblazers, a youth mentoring arts program; summer drama camps; and drama instruction in the Settlement’s Rowe Elementary School.