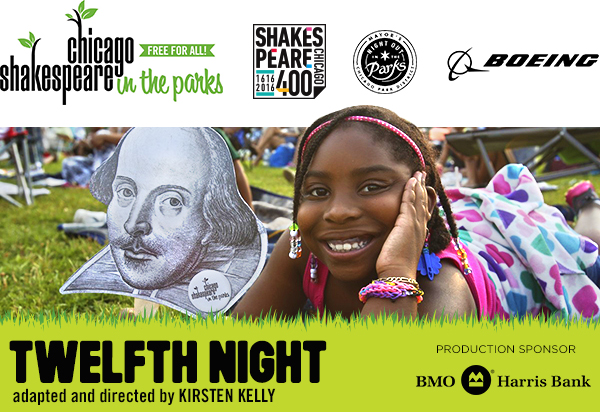 Here at ChiIL Mama & ChiIL Live Shows we've been enjoying Chicago Shakespeare in the Parks for years. Pack a picnic, bring the family, and come on out for a free show.

With support from Chicago Park District and Boeing, along with production sponsor BMO Harris Bank, Chicago Shakespeare Theater brings this citywide tradition to 19 neighborhood parks throughout the south, west and north sides of the city. Championed by Mayor Emanuel, Chicago Shakespeare in the Parks is the inspiration for the Chicago Park District’s Night Out in the Parks—presenting 1,300 free cultural events in Chicago neighborhood parks this summer. 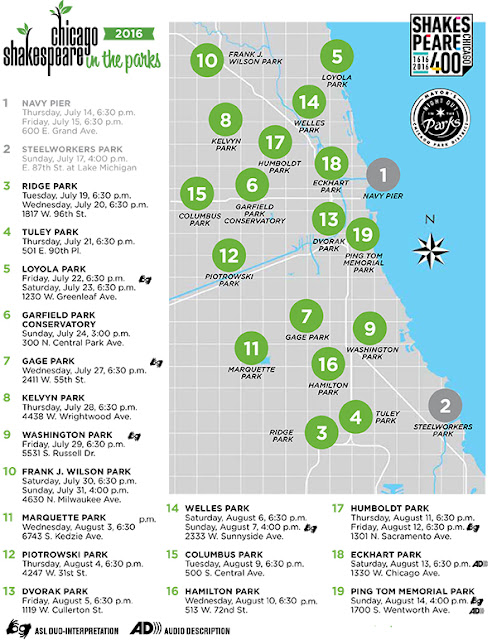