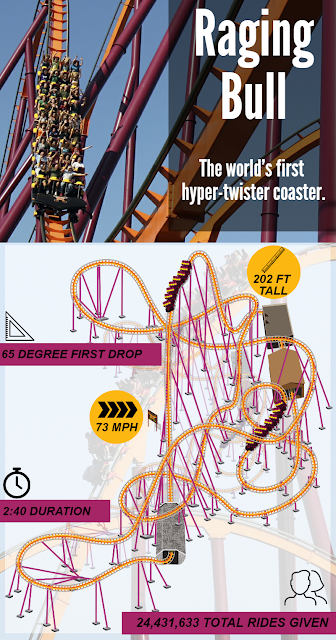 Here at ChiIL Mama, we adore Six Flags Great America, and we're beyond excited to share their new plans for later this summer. I have a couple young coaster testers (because nobody out screams 13 year old girls!) who are super stoked to try the first hyper-twister Virtual Reality ride experience in the world. Check back early and often and we'll keep you posted on the launch date. In the meantime, get your season pass, to be the some of the first in the world to ride this. (Do note: the VR headsets can not be used by children 12 and under.)

*Season pass holders will get a sneak-peak, first ride experience – date to be announced

Virtual Reality experience is coming later this summer to the one and only, Raging Bull roller coaster. This addition makes it the

Six Flags Great America is bringing Virtual Reality to its number one roller coaster, the Raging Bull. This addition makes it the first hyper-twister Virtual Reality ride experience in the world. Using Samsung Gear VR powered by Oculus, riders will be transported into a virtual world, seamlessly blending the motion of the ride with intense, immersive visuals.

*Riders will be transported into a 360-degree virtual world, blending motion of the ride with intense immersive visuals

“Raging Bull combines a 20 story drop, speed and intense twisting track configurations to make it the most popular roller coaster in our park,” said Hank Salemi, park president. “By adding this Virtual Reality experience, guests will be thrilled by this coaster in an entirely different world.

It will be the most amazing and creative ride event we’ve ever debuted – we just keep innovating to give our guests the best theme park experience in the world.”
Riders of the Raging Bull ride will experience: 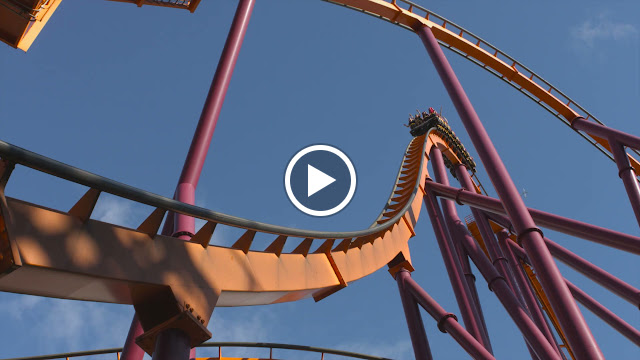