ADULT NIGHT OUT: Solo Celebration Continues With MOTHER (AND ME) at Greenhouse Theater Center 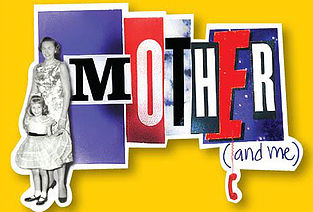 “Mother (and me)” comes to the Greenhouse Theater Center (2257 N. Lincoln Ave.) for a limited engagement, running Aug 4 – 14 as part of the Greenhouse’s “Solo Celebration!” series. Written and performed by Broadway veteran and comedian Melinda Buckley and presented as originally directed by Kimberly Senior. “Mother (and me)” tells the auto-biographical tale of a larger-than-life Hungarian “Mama Rose” and her “Broadway baby” as they experience a shifting dynamic in their relationship. This hilariously honest solo show won the “Best of Fest” award at the 2014 New York International Fringe Festival, and was originally developed and produced by Barabara Whitman Productions.

“Melinda Buckley's ability to make us laugh at something that simultaneously touches our hearts is truly brilliant,” said Greenhouse Theater Center's Artistic Director Jacob Harvey. “I connect to Melinda's story on a deeply personal level, as do most of us, and am grateful to share in the smiles that radiate from Melinda's story.”

“Mother (and me)” poses the question, who is it harder for: the one who can’t remember or the one who can’t forget? This is the touching story of two women who are losing everything they have ever been – in very different ways – as they lose each other.

The performance schedule is as follows Thursdays through Saturdays at 7:30 p.m and Saturdays and Sundays at 2:00 p.m.

Single tickets for Limited Engagements, which range in price from $25 -$30 are also on sale.Flex passes to the “Solo Celebration!” series, can also be purchased which offers admissions to three full production plays for $99 or five plays for $164, are on sale. Flex passes and tickets can be purchased by contacting the box office at 773-404-7336 or by visiting greenhousetheater.org.

Melinda Buckley has appeared on Broadway and in the national tours of several hit musicals, including “Crazy For You,” “A Chorus Line” and the revival of “Sweet Charity” directed by Bob Fosse. Buckley has performed improv and sketch material with Gotham City Improv and Chicago City Limits and appeared as a stand up guest at Caroline’s, Stand-Up NY and Gotham Comedy Club. She has written and performed several solo shows and her most recent show, “Mother (and me),” was featured in FringeNYC 2014, winning ‘Best of Fest’ at the C.O.W. It has since received developmental runs at Second Stage Uptown, Chicago Shakespeare Theater, Cape Playhouse and at Bay Street Theater in Sag Harbor.

About Solo Celebration!
“Mother (and me)” is one of 12 plays featured in Greenhouse’s “Solo Celebration!,” which includes ten full productions, two limited engagements and other special events running June 2016 through February 2017. Among the other directors connected to solo series are Goodman Theatre Producer and Artistic Collective Member Steve Scott, Writer’s Theatre Resident Director Kimberly Senior, Directors Lab Chicago Artistic Director Elizabeth Margolius and Remy Bumppo Artistic Associate Linda Gillum. Some of the performers confirmed to star in solo works include Jeff Award-winners Kate Buddeke, Gene Weygandt, Linda Reiter acclaimed British actor Simon Slater, Will Allan and Carin Silkaitis. Most productions will be produced in their entirety by Greenhouse, while other plays will be stated with co-producers including Sideshow Theatre Company and The Other Theatre Company. Greenhouse’s “Solo Celebration!” is co-produced by Forum Productions and underwritten by the Wendy and William Spatz Charitable Foundation.

Our mission at the Greenhouse is first and foremost to grow local theatre. We strive to cultivate a fertile environment for local artists, from individual renters to our bevy of resident companies, to develop and produce their work. In 2014 alone, The Greenhouse Theater Center provided space for almost 1,000 ticketed performances, serving more than 54,000 patrons. Among these events were at least 30 productions by our resident companies, including the celebrated American Blues Theater and Remy Bumpo Theatre Company. Through our Trellis Program, we offer the community affordable access to our work by housing Chicago’s only dedicated used theatre bookstore, located on the second floor of our complex, as well as offering a free reading series each Tuesday night where local artists workshop their latest scripts. Additionally, we also continue to play an active role in cultivating and nurturing our community through continued partnerships with the League of Chicago Theaters and local Chambers of Commerce.

As of 2016, the Greenhouse Theater Center embraced the true spirit of growth and launched its producing entity. With the announcement of our 8 month long Solo Celebration Series, helmed by Artistic Director Jacob Harvey, we will produce 12 solo plays from June 2016 to February 2017. Through this inaugural effort, we hope to expand the solo play cannon while also cultivating a larger conversation about the possibilities of the one-person play.

With new ideas always incubating, the Greenhouse Theater Center is flourishing.
Come grow with us!