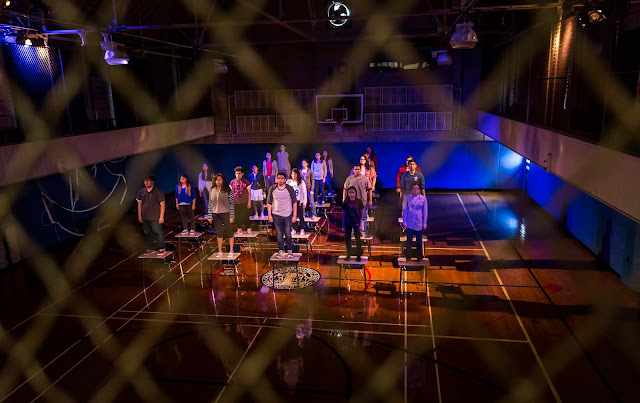 The first large-scale immersive theater production in the country created and performed by a youth ensemble,
“Learning Curve” places audiences within the walls of
Ellen Gates Starr High School and in the shoes of its students.

After selling out the entire month-long run of “Learning Curve” the day tickets went on sale, Albany Park Theater Project (APTP) and Third Rail Projects, in partnership with Goodman Theatre, are extending the world-premiere immersive theater production through October 15.  Performances begin as previously announced on July 27 and continue through August 28. After a short end-of-summer break for the show’s 31 teen cast members, “Learning Curve” returns for another month-long run from September 16 through October 15.

Tickets for the new dates are on sale NOW. Tickets for July 27 through August 28 are sold out; visit aptp.org to inquire about joining the waitlist for specific performances. Press performances take place July 31 and August 1.

Performed and devised by a cast of 31 youth artists, in collaboration with an expansive team composed of career artists from APTP and Third Rail Projects, “Learning Curve” has a maximum capacity of 40 audience members, which fosters an intimate experience in which performers interact directly with audience.

“We are humbled and invigorated to know that people feel the theater Albany Park Theater Project makes is vital to their lives and to Chicago,” said APTP Artistic Director David Feiner. “A long run like this poses unique challenges when almost every cast member is a full-time high school student. But ‘Learning Curve’ is a deeply personal show for our youth artists, and it is especially timely with Chicago’s school budget crisis, the impasse in Springfield, and the real possibility that our schools may not open in the fall. So our cast and staff collaborated to devise a performance calendar that balances ‘Learning Curve’ with school and the company’s other life commitments. It even gives them a little summer break after they rehearse 40-plus hours a week all of July and do 7 shows a week most of August. They are committed to giving as many audiences as possible the opportunity to experience ‘Learning Curve’ and the stories of Chicago’s students and teachers.” 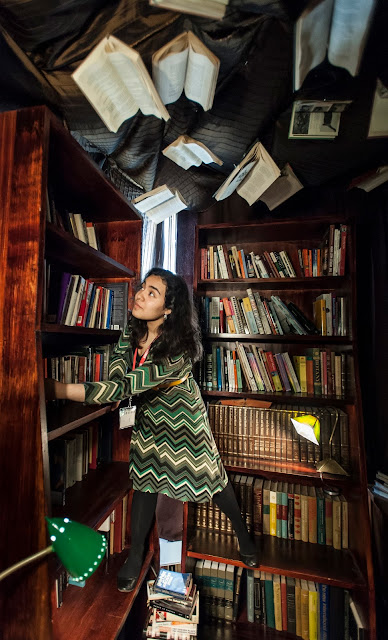 About Albany Park Theater Project
Albany Park Theater Project is a multiethnic youth ensemble creating transformational experiences that inspire people to envision and work toward a more just and beautiful world. The company is a 2016 recipient of the prestigious MacArthur Award for Creative and Effective Institutions, which recognizes exceptional nonprofit organizations who have demonstrated creativity and impact.  APTP's youth ensemble tells the real-life stories of those whose lives are not normally represented on stage, amplifying the voices both of the youth telling the stories and the individuals whose stories are being shared. Since its founding, APTP teens have created 19 original plays, performed for more than 50,000 people, and opened Albany Park’s first performing arts space. In 2016, the company’s stage play “Feast” was broadcast on WTTW, Chicago’s PBS affiliate, and viewed by more than 25,000 households. APTP has received numerous local and national awards, most notably the Midwest Light of Human Rights Award from the National Immigrant Justice Center and the Coming Up Taller Award from the President's Committee on the Arts and Humanities.  Chicago Tribune and CBS 2 Chicago critic Chris Jones called their 2015 production of “Feast” “beautiful and honest” and proclaimed APTP “a world-class theater company.”  Hedy Weiss of the Chicago Sun-Times called APTP “a creative universe that simply has no equal,” and said the company’s youth ensemble “can compete with any Equity cast, and…displays a virtuosity, ease, charm, polish, humor, political bite and, above all, an emotional depth and cohesive spirit.”

About Third Rail Theater Projects
Hailed as one of the foremost companies creating site-specific, immersive and experiential dance-theater in the United States, Third Rail Projects, led by Artistic Directors Zach Morris, Tom Pearson, and Jennine Willett, is dedicated to re-envisioning ways in which audiences can engage with contemporary performance. They have made work in New York, internationally, and abroad for over 15 years, and their long-running, award-winning work, “Then She Fell,” was named as one of the Top Ten Shows of 2012 by Ben Brantley of The New York Times and acclaimed as one of the best theater experiences of 2013 by Vogue Magazine. Third Rail Projects has been the recipient of several prestigious awards, including three New York Dance and Performance (Bessie) Awards. Their productions of “Then She Fell” and “The Grand Paradise” in Brooklyn and “Sweet and Lucky” in Denver have all recently announced extensions.

About Goodman Theatre
Called America’s “Best Regional Theatre” by Time, Goodman Theatre is a major cultural, educational and economic pillar in Chicago. Founded in 1925, Goodman Theatre has garnered two Pulitzer Prizes, 22 Tony Awards (including “Outstanding Regional Theatre”), nearly 160 Jeff Awards and many more accolades. Under Artistic Director Robert Falls and Executive Director Roche Schulfer’s leadership, the Goodman’s artistic priorities include new plays (150 world or American premieres in the past 30 years), reimagined classics, culturally specific work and international collaborations. Diversity and inclusion are primary cornerstones of the Goodman’s mission; over the past decade, 68% of the Goodman’s 35 world premieres were authored by women and/or playwrights of color. The Goodman’s numerous education and community engagement programs serve thousands of students, teachers, and special constituencies.