Tonight, ChiIL Mama will be ChiILin' out at The Chicago Shakespeare Theatre with England's hilarious Tim Crouch. As I've mentioned many times before, Twelfth Night has been a favorite of mine since I was in the show myself in college. As many wildly varied adaptations as I've seen, I can't say I've ever seen it done as an hour long solo show from Malvolio's point of view. I'm very much looking forward to it. Get your tickets fast, as this is a short one week run. 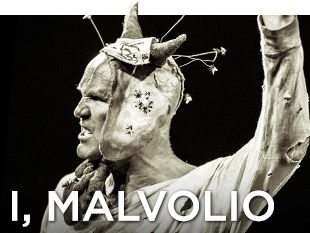 On the occasion of the 400th Anniversary of Shakespeare’s legacy in 2016, Chicago Shakespeare Theater welcomes one of Britain’s most innovative and respected theater makers, Tim Crouch, in his inventive one-man show I, Malvolio as part of the Shakespeare 400 Chicago festival line-up. Following the international success of Crouch’s I, Caliban, I, Peaseblossom and I, Banquo—a collection of plays shedding light on some of Shakespeare’s more shadowy characters—I, Malvolio plucks the pompous steward out of Shakespeare’s  Twelfth Night and unravels a hilarious and thought-provoking story of cruelty, self-hatred and revenge.

Conceived, written and performed by Crouch and designed by Olivier Award-winner Graeme Gilmour, I, Malvolio is performed in the theater Upstairs at Chicago Shakespeare for five performances only, June 2–5, 2016. 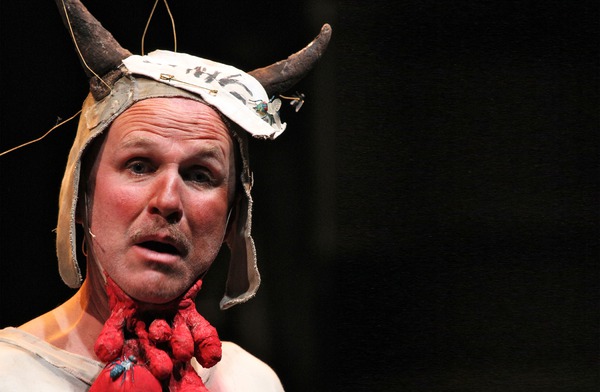 Reimagining the much-maligned steward pining for his mistress in Shakespeare’s Twelfth Night, I, Malvolio is a charged, hysterical and sometimes unsettling rant from a man adrift in front of a cruel audience. Crouch’s Malvolio asks the audience to explore the delight we take in other people’s suffering. Part clown, part theater-hating disciplinarian, Malvolio is ultimately a man sorely wronged. Both heart-breaking and ingenious with a crass sense of humor, I, Malvolio takes the audience on a one-hour ride, humanizing the character with raw honesty.

The Guardian gives I, Malvolio five stars—saying “Tim Crouch is at the top of his game, sharing a text that plays as much with intelligence as slapstick.”

The New York Times declares “I, Malvolio improbably finds its own delicate sweet (and sour) spot between comedy and self-subverting analysis.”

The Times (UK) praises “this is a treasure…Immaculate, moving, funny, wise.”

Crouch’s Malvolio is described by the Scotland Herald as “a pompous ass who falls somewhere between the buffoonery of Boris Johnson, the absurdism of Vic Reeves and the misguided self-importance of the late Princess Diana’s former butler Paul Burrell.”

The production has amused and affected audiences on stages around the globe in Sydney, Singapore and New York. Described as “one of the smartest artists making theatre in Britain now” by Kulturflash, Tim Crouch is a multi-talented theater maker who writes, performs and produces new work. Crouch’s work is noted for rejecting theatrical conventions and for engaging the audience in an active role during the performance. He has collaborated with some of the UK’s finest theater companies, including the Royal Shakespeare Company, the National Theatre, the Royal Court Theatre and the British Council.

Currently, he is adapting and directing Spymonkey’s highly anticipated premiere of The Complete Deaths, which will be presented by Chicago Shakespeare as part of Shakespeare 400 Chicago, November 30–December 11, 2016. 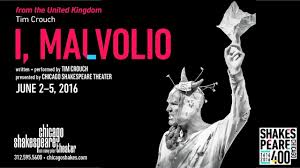 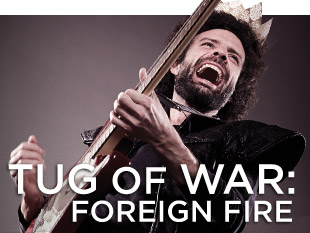 REVIEW:
Tug of War is a 6 hour epic and we highly recommend it! The live band on stage, melding of anti war ballads, and tales of soldiers, kings, passion and power plays makes this production a must see. I never thought I'd hear Pink Floyd ballads and Shakespeare sharing a stage! Chicago Shakespeare makes it work and then some. Ancient history comes alive and it's stunning how little has truly changed in the world in over 400 years. The "Tug of War" is indeed mighty and nearly inescapable.

We particularly loved the minimalist set design reminiscent of tire swings, junk yards, and children's playground games like capture the flag and king of the hill. The costume design was also fantastically ragtag and we adored the kings' capes with their names running around the bottom hem and their likenesses on their backs. This production is highly entertaining and a fabulous alternative to binge watching TV at home. Try out this historical Game of Thrones. There's something cathartic about seeing so much live theatre for hours on end that has to be experienced at least once.

Take a day for this full on Shakespeare immersion. Great for an adult day out or for families with tweens and up. My 15 year old son has now completed the Chicago theatre trifecta with me in the last couple of years. Together we enjoyed the award winning 12 hour All Our Tragic by The Hypocrites, the 9 hour Hammer Trinity by House Theatre and now Chicago Shakespeare Theatre's Tug of War. This show makes ChiIL Mama's ChiIL Picks List. Highly recommended.

THE PLAY:
Get ready for the ultimate game of thrones... Artistic Director Barbara Gaines takes us on a riveting gallop through two centuries, distilling six Shakespeare masterworks into two action-packed dramas that trace the rise and fall of kings, and the uncommon courage of common men. Power plays, ego, lust, humor and, yes, even love: no writer surpassed Shakespeare in portraying the forces that drive leaders to war—or the wisdom and valor of the common soldier. Twenty-two actors including a four-member band, form the company that will satisfy your craving for a multi-episode immersion into some of the most brilliant stories of the cyclical human condition. The adventure begins with Edward III, Henry V and Henry VI, Part 1 in Foreign Fire, where France is the prize. The action continues in Fall 2016 when turmoil seizes England in Tug of War: Civil Strife. 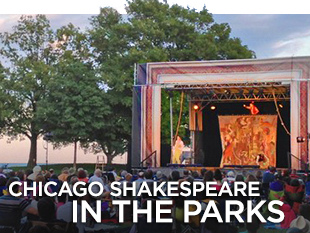 This fabulous, free program has been a favorite of ours since it's inception. Bring a picnic, a chair and as many friends, neighbors and family members as you can rally. Shakespeare in the Parks is a multigenerational must see and great for Chicago's communities. ChiIL Mama will be there... will YOU?! Highly recommended. ChiIL Mama's ChiIL Picks List: Family Friendly Fun for all ages. 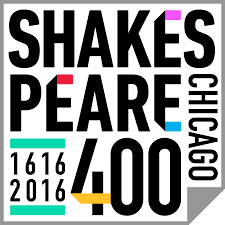 ABOUT CHICAGO SHAKESPEARE THEATER
Chicago Shakespeare Theater (CST) is a leading international theater company and the recipient of the Regional Theatre Tony Award®. Under the leadership of Artistic Director Barbara Gaines and Executive Director Criss Henderson, CST is dedicated to creating extraordinary production of classics, new works and family programming; to unlocking Shakespeare’s work for educators and students; and to serving as Chicago’s cultural ambassador through its World’s Stage Series. Through a year-round season encompassing more than 650 performances, CST attracts 225,000 audience members annually. One in four of its audience members is under eighteen years old, and today its education programs have impacted the learning of over one million students. CST is proud to take an active role in empowering the next generation of literate, engaged cultural champions and creative minds. During 2016, CST has spearheaded the Shakespeare 400 Chicago festival in addition to announcing the creation of an innovative performance venue, The Yard at Chicago Shakespeare. www.chicagoshakes.com

ABOUT SHAKESPEARE 400 CHICAGO
Shakespeare 400 Chicago is a yearlong international arts festival in 2016 celebrating the vibrancy, relevance and reach of Shakespeare. As the world commemorates the four hundred years since Shakespeare’s death in 1616, Shakespeare 400 Chicago engages more than 500,000 Chicagoans and visitors to the City through 850 events. Spearheaded by Chicago Shakespeare Theater and with leading support from the Julius Frankel Foundation, John D. and Catherine T. MacArthur Foundation and the Pritzker Military Museum & Library, this quadricentennial celebration is anticipated to be the world’s largest and most comprehensive celebration of Shakespeare’s enduring legacy. Current and upcoming highlights include: Chicago Shakespeare Theater’s production of Tug of War: Foreign Fire, adapted and directed by Artistic Director Barbara Gaines (ongoing to June 12); CST’s Chicago Shakespeare in the Park production of Twelfth Night (July 14–August 14); David Carl in NY Fringe Festival hit, Gary Busey’s One Man Hamlet (July 12–17) and the Shakespeare’s Globe production of The Merchant of Venice starring Jonathan Pryce (August 4–14).www.shakespeare400chicago.com
Posted by Bonnie Kenaz-Mara at 4:31 PM

Email ThisBlogThis!Share to TwitterShare to FacebookShare to Pinterest
Labels: All Our Tragic, Chicago Shakespeare Theater, House Theatre, I Malvolio, opening, review, Shakes400Chi, Shakespeare 400, Shows on our radar, The Hammer Trinity, The Hypocrites, Tug of War