Facebook today is launching a new way of sharing those special moments with friends and family: 360 photos. To celebrate the launch, Paul is one of the first to share a 360 photo on Facebook.

From today – Thursday 9th June – people on Facebook can post photos in 360 degrees and share them with their friends; either on your Page or via News Feed. Paul’s inaugural photo – which can be seen on his Facebook Page by clicking HERE – was taken during his recent concert in Córdoba, Argentina.

The new 360 photos allow the user to either pan around and explore the scene by moving their phone, or by click and dragging on a desktop — much as they can with 360 videos like Paul’s ‘Early Days’, published earlier in the week.

From tomorrow - at the Olympic Stadium show in Munich - Paul will also begin posting 360 photos on Facebook from his ‘One On One’ tour using the hashtag #OneOnOne360. If you’re going to see Paul play, we’d love to see your 360 photos too, so remember to use the hashtag and let fans from around the world enjoy the view!

Via our friends at: 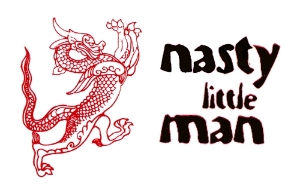