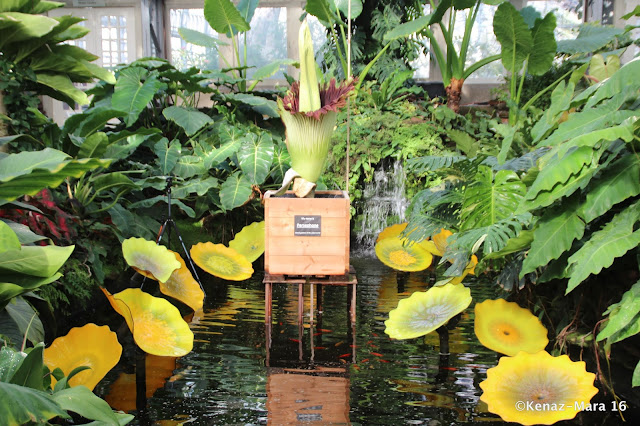 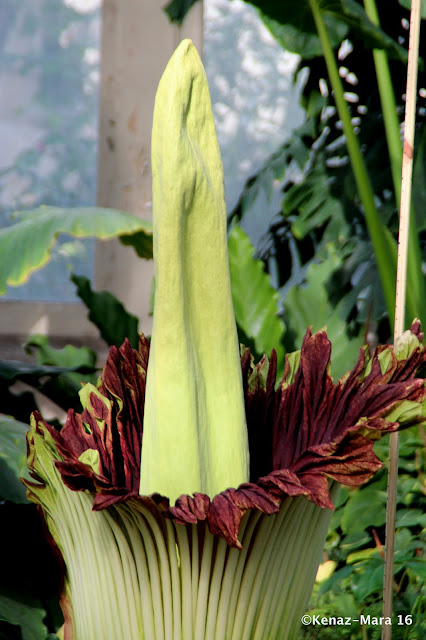 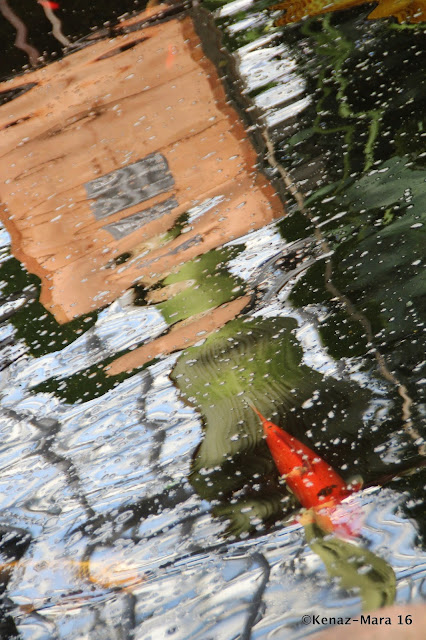 Persephone is no longer just the Queen of the Underworld, but the queen of the botany world as well. Blooming corpse flowers are one of the largest, rarest, and stinkiest in the world! I headed out to Garfield Conservatory on Friday as soon as I heard she was blooming, since it's a rare event and over quickly. Blooms can be 7-10 years in the making, and often don't happen at all. Check out my stills and videos here.


Persephone was given to Garfield by Chicago Botanic Gardens who had a highly hyped Corpse Flower last year, Spike, that was looking like it would bloom any day then fizzled. And now they've had several successful blooms, Alice and Sprout. 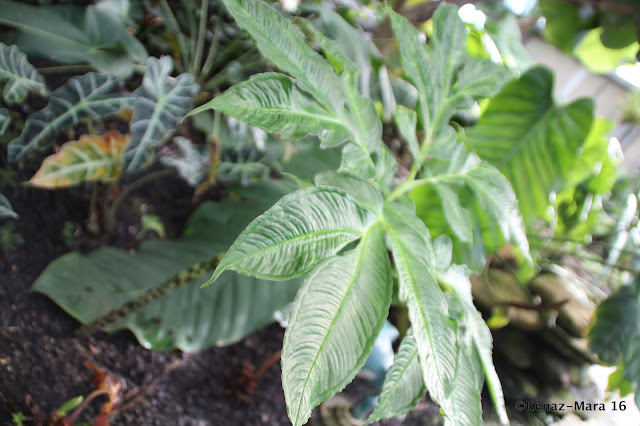 Good news is Garfield Conservatory does have a number of Corpse Flowers they've grown from seeds, including a 6 year old, so more blooms may be in the conservatory's future. If things continue at this rate, Chicago (whose name may be derived from the Miami-Illinois word “shikaakwa,” which means “striped skunk” or “smelly onion”) may become more famous for smelly Titan Arum sprouts, AKA: Amorphophallus Titanum or Corpse Flowers. 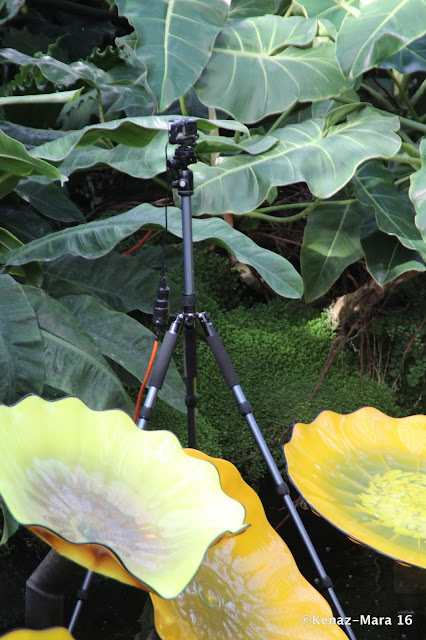 Note the GoPro Camera. They're filming a time lapse of the blooming that will be available on Garfield Park Conservatory's social media later. 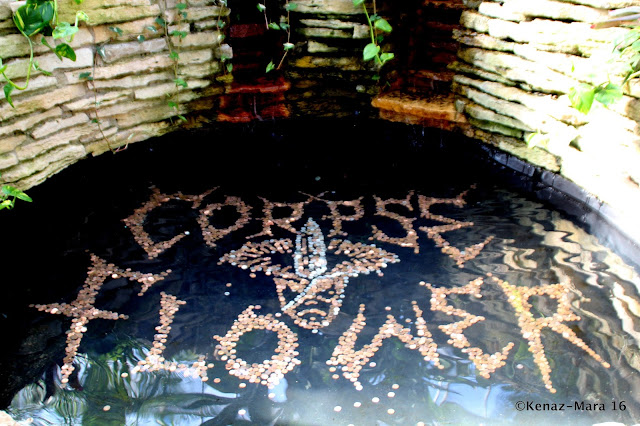 We also love the penny & dime art in the wishing pond! GP Conservatory has a long tradition of dying the water and making seasonal words and images for holidays. This is my favorite to date!

If you're heading over, go ASAP. The blooming began around noon Friday 6/17 and generally only lasts 24-48 hours at the very most. Also, wear cool, summer clothes. This plant likes it HOT & humid, so her room is 90 degrees and I believe at least 70% humidity. She's native to Sumatra's tropical forests and rare there too! Check out our past Persephone coverage HERE and follow along on social media with the hashtag #‎GPCPersephone 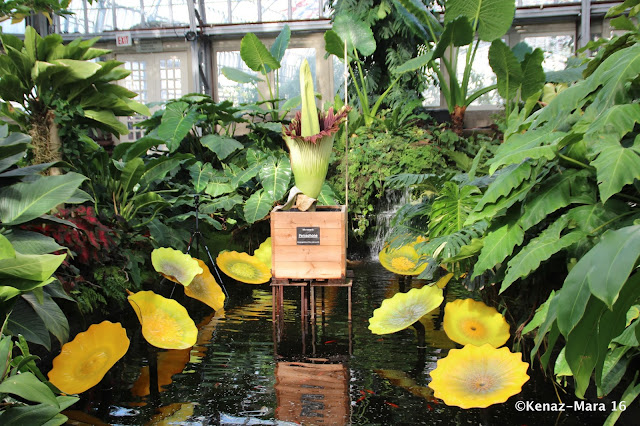 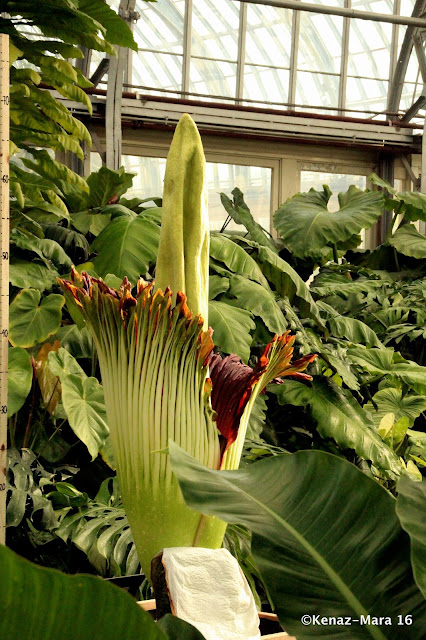 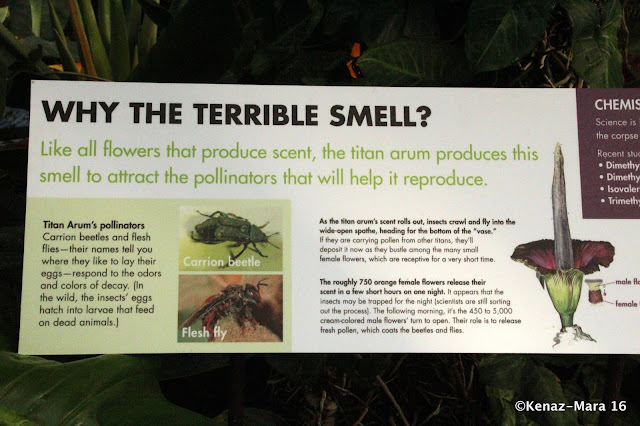 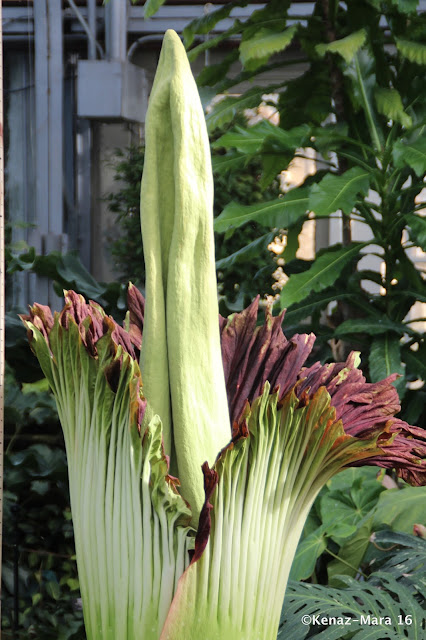 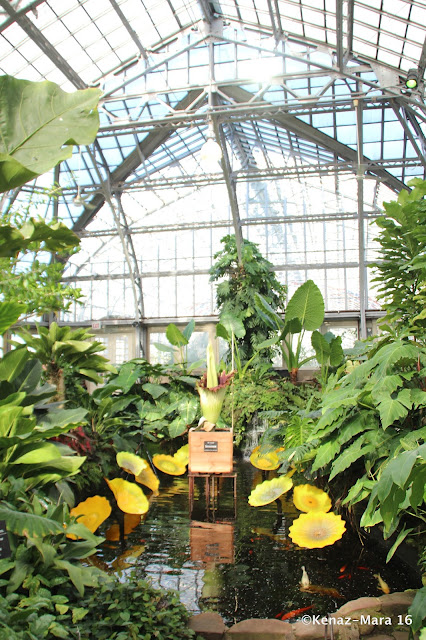 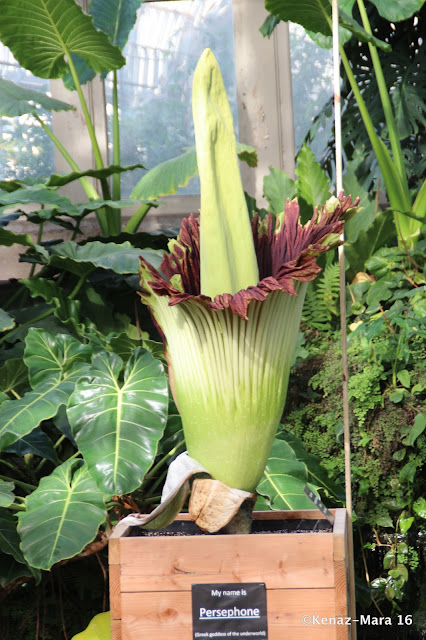