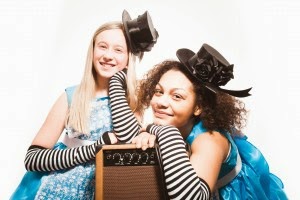 Win a family pack (four tickets/up to $152 value) to any show during opening weekend. Enter through 2pm Thursday 4/23! Show-times for opening weekend are:

Chicago's theater scene promises to get curiouser and curiouser


when the powerhouse duo of acclaimed director Rachel Rockwell


and music director Michael Mahler, both making their CCT debut,


boldly reimagine Lewis Carroll's books
Alice in Wonderland and Through the Lookingglass.

The Chicago Theatre scene is a microcosm, a world of it's own, full of magical coincidences and oddly interwoven themes. In the 2014-15 theatre season, there's been a whole lotta Wonderland goin' on! We've had Lookingglass Theatre's renowned remount, 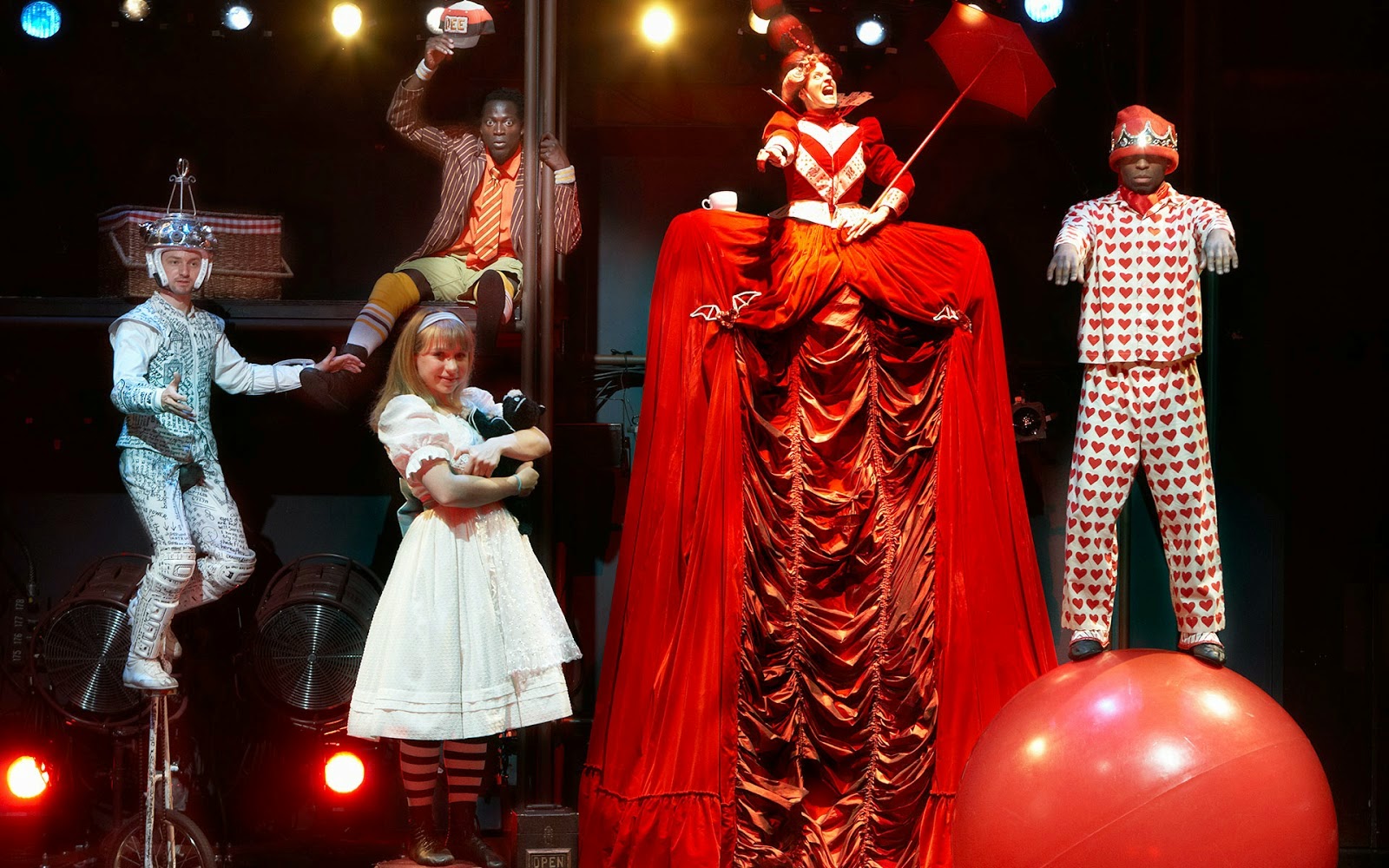 The Side Project Theatre's Alice's Adventures in "Wonderland" — Dark, Edgy Comedy for Adults, 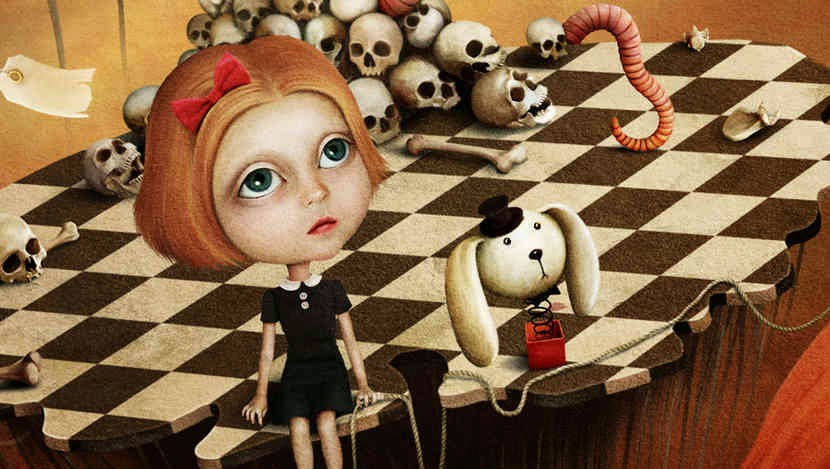 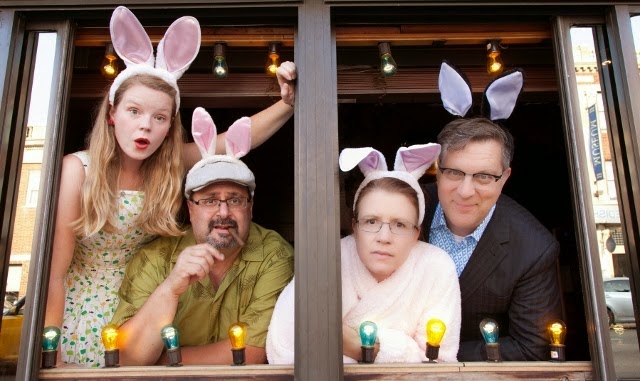 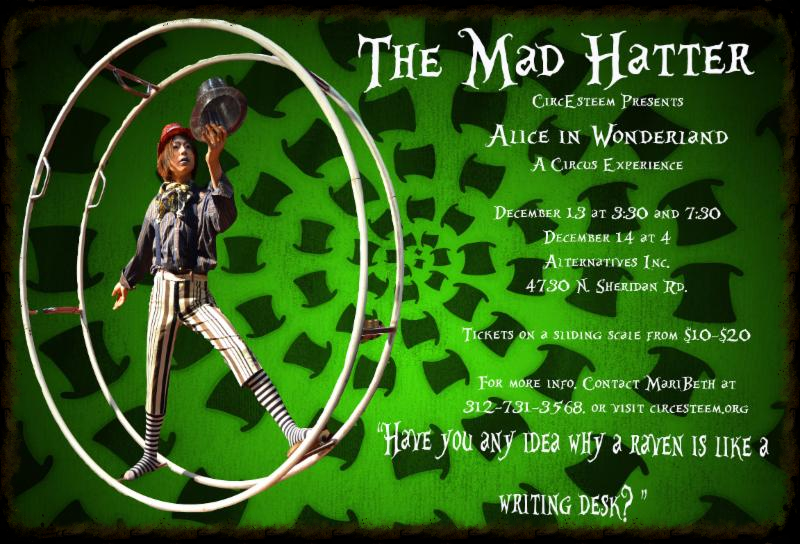 We're way beyond stoked here at ChiIL Mama/ChiIL Live Shows that one of our favorite stories is springing to life in parallel universes, multiple times, in very different ways, and this spring Chicago Children's Theatre will be rockin' the genre with what looks to be an amazing new twist on this timeless tale. We'll be there to review opening night THIS Friday, so check back like we vote in Chi, IL... early and often. In the meantime, get your tickets. They're selling FAST. We even have a sweet discount code for you from our friends over at Girls Rock Chicago where my daughter has gone to camp for going on 4 summers now. 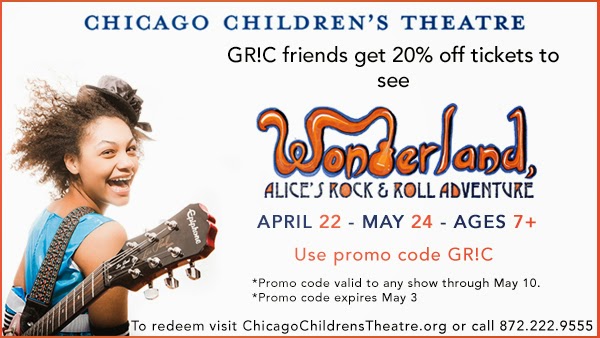 “In our version of the Alice story, Alice is much more of an active protagonist. We’re talking girl power here, empowering girls, in particular, to boldly discover their true selves,” said Rockwell. “Plus, Michael’s score is just awesome. He is borrowing from all sorts of classic rock styles, everything from hints of Heart, Joan Jett, Oingo Boingo and Tenacious D, to Queen and the Beatles. Rock concert meets live theater as Alice reflects the vulnerabilities of all kids, and then confidently finds her own inner voice.” 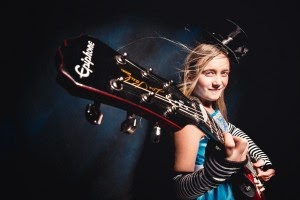 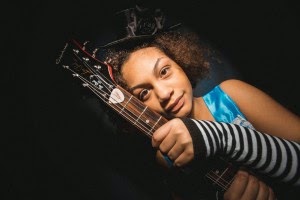 Carroll's beloved, poetic tale of self-actualization is brought to life by a cast of actor/musicians who create an eclectic, live rock soundtrack as 7-1/2 year-old Alice searches for her own inner musical voice. Along the way, Alice faces challenges and fears, but meets the ultimate test in the form of the Jabberwocky, an insidious monster made of up of the dark thoughts and self-doubt that lurks inside of us all. In learning to believe in the impossible, Alice learns to believe in herself. Throughout her journey, the actors surround Alice in a live musical tapestry ranging from classic rock to punk to ska and even a little bit of Bollywood.

Rachel Rockwell (co-creator, director) was the Chicago Tribune’s 2012 “Chicagoan of the Year in Theatre” and Chicago Magazine’s “Best Director” in 2010. Select credits include Brigadoon at the Goodman, Mary Poppins, Annie and In the Heights at the Paramount, Ragtime and The Sound of Music at Drury Lane Oakbrook, and Shrek The Musical, Beauty and the Beast, The Emperor’s New Clothes and The Adventures of Pinocchio at Chicago Shakespeare Theater.

Michael Mahler (co-creator, music director) is the Jeff Award-winning composer/lyricist of Hero, How Can You Run with a Shell on Your Back?, Knute Rockne: All-American, The Christmas Miracle of Jonathan Toomey, Painted Alice, The 9/11 Report, The Main Street Kids Club and others.

Meet Chicago Children’s Theatre’s Alice(s) Ariana Burks (Alice) is a 15-year-old, Emmy nominated actress/singer with many credits including The Black and White Ball with the FWD Theatre Project and performing with Felicia Fields in Courting the Blues at Court Theatre. Other credits include Seussical at Chicago Shakespeare Theater, A Christmas Carol at the Goodman, Hairspray at Drury Lane Oakbrook (Jeff Nominated), Rudolph the Red-Nosed Reindeer at Broadway Playhouse, The Nutcracker at Jedlicka Performing Arts Center, Aunt Nancy and the Doggie Tales at The Cornservatory and Laika's Coffin with Redmoon Theater. Her film and TV credits include Chicago Fire on NBC, Prank Stars on the Disney Channel and The Jr. Cuisine Cooking Show (Emmy Nominated) on PBS. She is a member of the youth ensemble at Lookingglass Theatre.

Isabelle Roberts (Alice), a 12-year-old Glencoe seventh grader, has been seen as Brigitta in The Sound of Music at Lyric Opera, Young Fiona in Shrek the Musical at Northwestern University, Clarice in Rudolph the Red-Nosed Reindeer at Broadway Playhouse, Mary Claire Daugherty in The Christmas Schooner at Mercury Theater and Theo in Pippin at The Music Theater Company. She performed at the 2013 Chicago Thanksgiving Day parade and the 2012 Equity Jeff Awards. At New Trier High School she was in Beauty and the Beast and Les Misérables

Exceptions: No noon performance on Thursday, May 7. No 6 p.m. performance Saturday, May 23. Tickets are $10-$38. Programs include fun activities for kids and lessons drawn from the themes of the play. Visit chicagochildrenstheatre.org or call (872) 222-9555 for tickets and information. Email GroupSales@chicagochildrenstheatre.org or call (773) 227-0180 x 13 to learn about deeply discounted group rates for schools, playgroups, birthday parties and scouting groups. Note: Groups can book an ASL-interpreted or Autism-Friendly performance by calling (773) 227-0180 x 13 with a minimum two-week notice.

Chicago Children's Theatre focuses on the production of first-rate children's theatre in Chicago, with top writing, performing and directorial talent and high-quality design and production expertise. Since the company was launched in 2005, Chicago Children’s Theatre has presented the world premieres of The Selfish Giant, The Hundred Dresses, Jackie and Me, Dot and Ziggy, The Houdini Box, The Elephant and The Whale (in association with Redmoon), Mr. Chickee’s Funny Money and Leo Lionni’s Frederick. Chicago Children's Theatre aspires to enrich our community through diverse and significant theatrical and educational programming that engages and inspires the child in all of us. The company strives to provide affordable and accessible theatre for families and area school children.

To enhance the impact of any given production's themes, Chicago Children’s Theatre offers educational materials and programs for families and educators. Led by Artistic Director Jacqueline Russell and Board Chair Todd Leland, the company is supported by a committed Artistic Council of Chicago-based actors, directors, musicians and designers and a dynamic Board of Directors comprised of dedicated individuals from the fields of entertainment, philanthropy and business. Officers include David Saltiel, President; Jacqueline Tilton, Vice Chair; Lynn Lockwood Murphy, Vice Chair and Secretary; and David Chung, Treasurer. Chicago Children's Theatre is sponsored in part by ComEd, Goldman Sachs Gives, JPMorgan Chase and Target.