It's rare that Chicago Public elementary schools produce theatre, so here at ChiIL Mama we're more than happy to spread the word about Avondale-Logandale School. They're about to present their FOURTH musical! Tickets are only $5 or $12 for a “family pack” of four, so check it out for affordable, family friendly fun.

This month, the curtain rises on one of the most extraordinary under-the-radar theater productions in Chicagoland. From April 30 through May 2, more than 40 Avondale-Logandale School students from kindergarten to 8th grade will perform Shrek Jr., a musical based on the Oscar-winning animated film about an irascible ogre who sets off on an adventure to reclaim his home and finds love and friendship along the way. 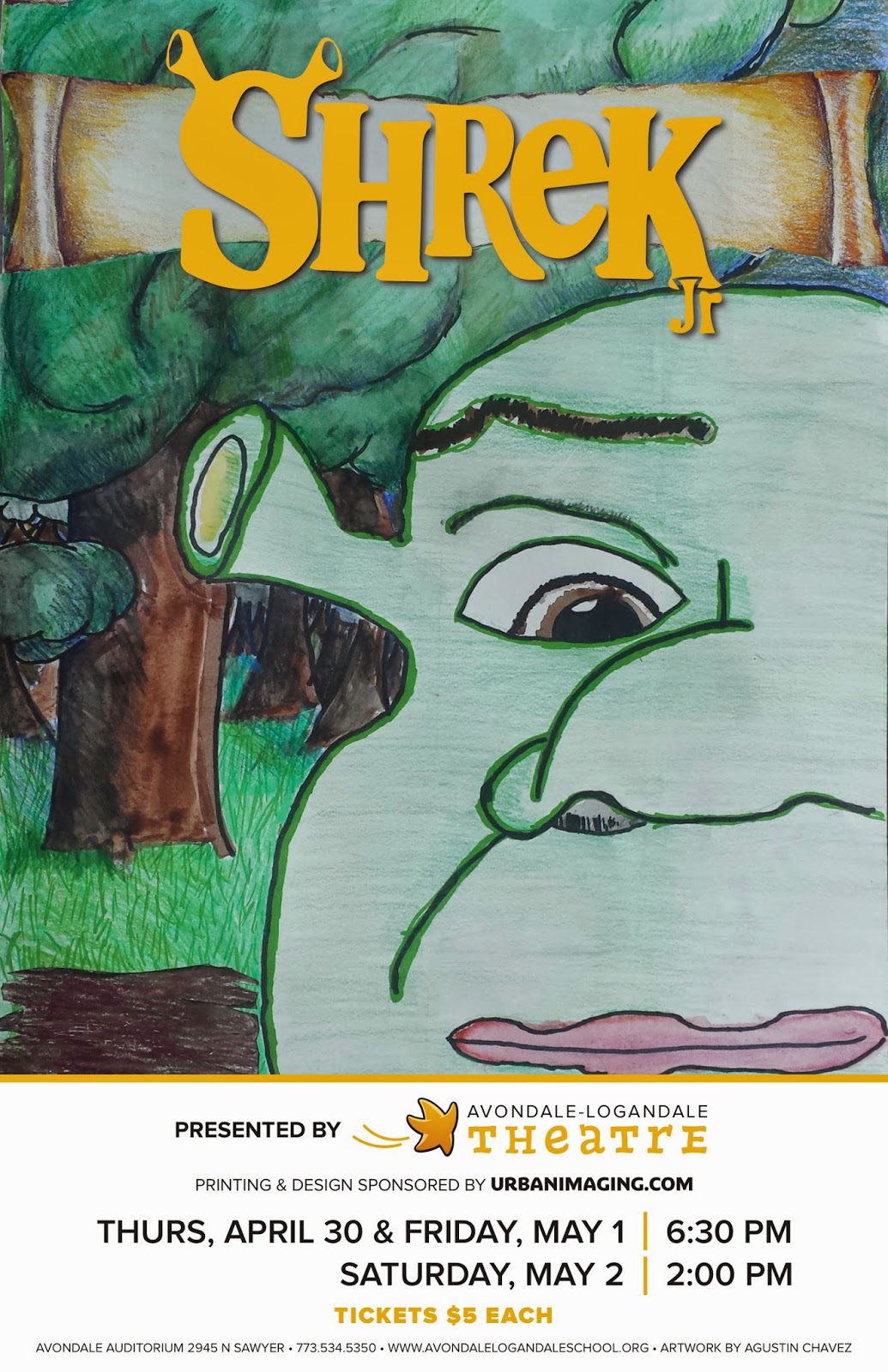 The production is the school’s fourth since music teacher Michael Jones launched the after-school theater program with kindergarten teacher Liz Dyrst, a local Logan Square resident and veteran of Chicago Public Schools. Since 2013, the school has performed The Hobbit, Seussical the Musical, and A Charlie Brown Christmas, which sold out both performances this past December.
“Through their performances, students learn about self-confidence, expression, and collaboration while experiencing the rush of creating art in front of a live audience,” said school principal Evelyn Román. “We believe all of our students deserve an inspiring arts experience as part of their education.”

The hour-long Shrek Jr. involves more students than ever. A middle-school sewing club is making costumes and seventh grade student Aslin Tanco, who previously appeared in Charlie Brown and Seussical, serves as stage manager while other students serve as dance captains and coordinate props.

The program is a much-needed positive outlet for students and also incentivizes good behavior. If students miss two rehearsals, even for detention, they are dismissed, regardless of their role.
“They show up to every rehearsal, and then they go home and practice,” Jones said. “And anyone in theater will tell you, that’s fine for two weeks, but after two months, it’s not fun anymore—it’s hard work. And it’s the commitment that keeps you there. Because you care about each other.” Dyrst added, “The bond they form is inspiring to witness,” “They form a family, kids of all ages taking care of one another.”

With near-professional-quality sets, lights, and sound equipment, which is purchased with grants, the quality of the productions are astonishing, as are the performances of the students, 96% of which come from low-income households and a majority of which are Hispanic. Last year, the school was awarded a “Level 1+” rating from CPS, the highest possible.