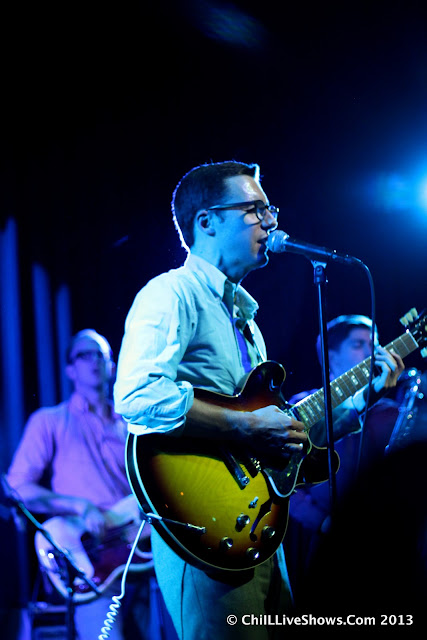 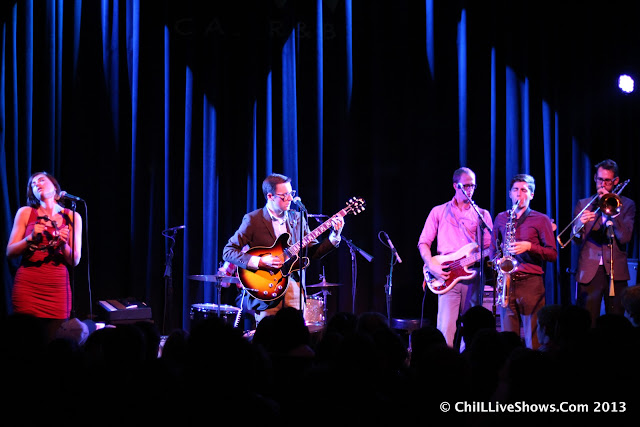 Nick Waterhouse is old school R & B with a modern twist, and he puts on an excellent, memorable live show.  We especially dug the dual saxaphones with the keyboard player doubling on the 2nd sax.   The whole band knows how to bring it. 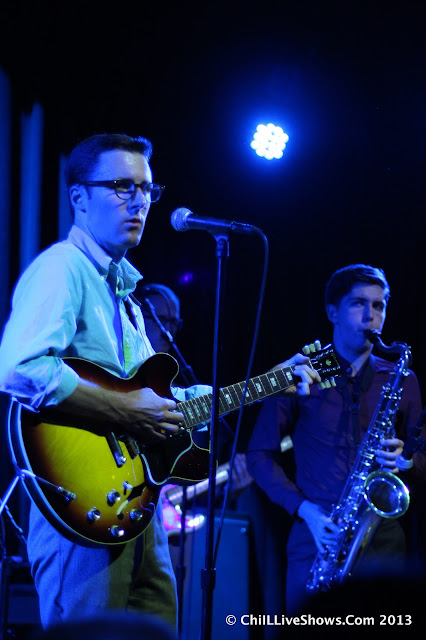 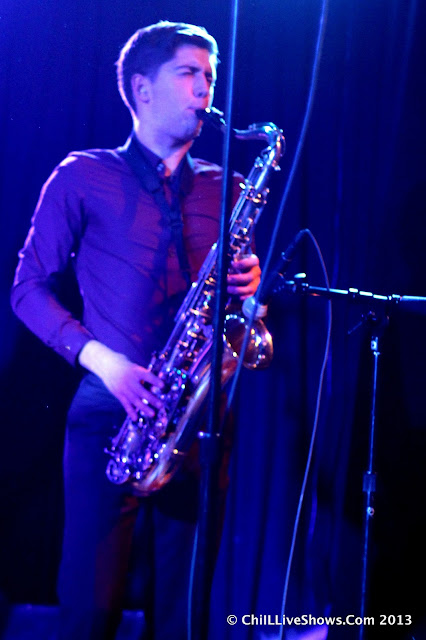 We bought tickets to the Metro show instead of working Valentine's Day, so I didn't shoot last night.   But we have our 10/10 shots from Lincoln Hall for you. 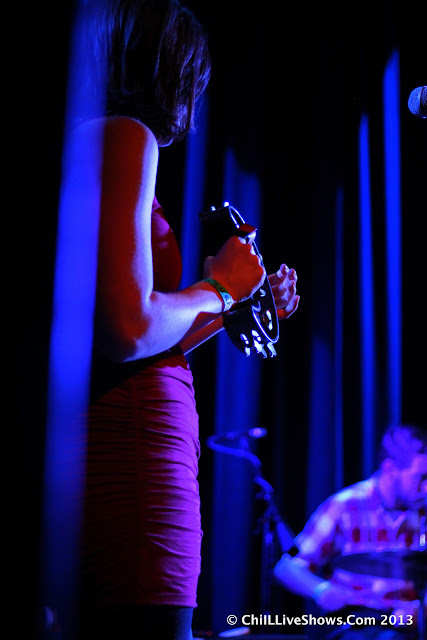 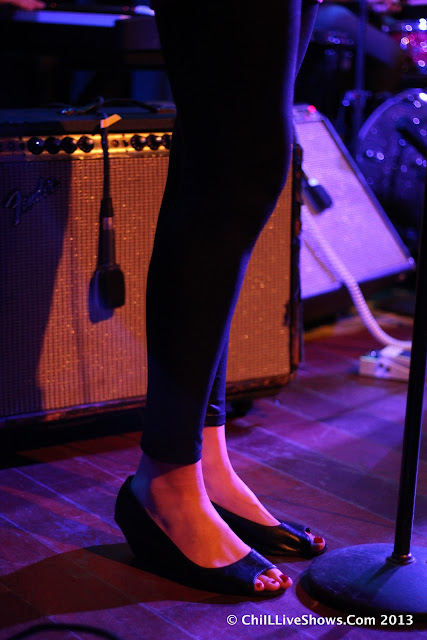 Both shows were too sweet to ignore, and we highly recommend you keep an ear out for their next swing through town. 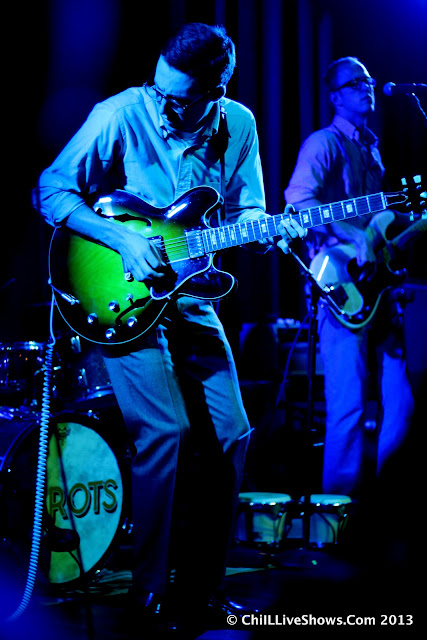 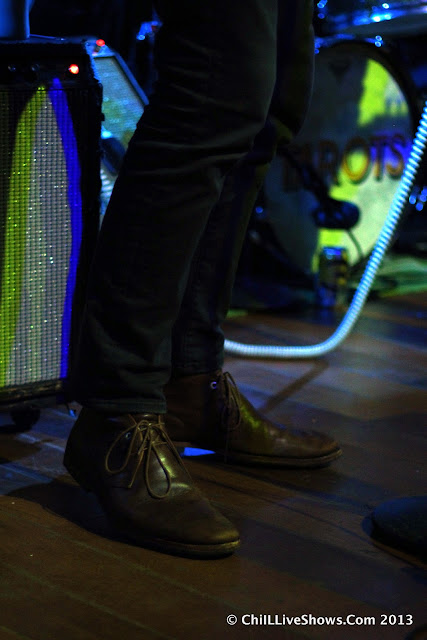 His debut is my husband's absolute favorite 2012 release and pretty high on my own list as well, despite the wide variety of genres we review and enjoy personally.   Nick Waterhouse is truly one to watch.

Check out his main site here.

Everything about Nick Waterhouse started with a single 45. Nick Waterhouse, who signs his own name across a righteous and exhilarating part of American music with this debut LP, snapped together from sessions traded for rent money and desperate favors and succeeding through strange luck, particular personality and a vision that would not crack. 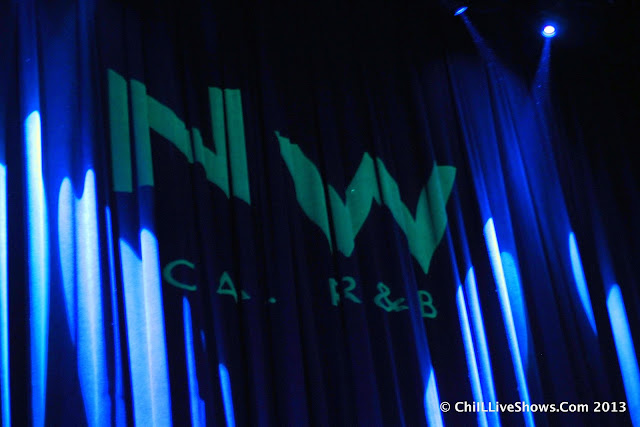 When he made that first 45 by himself, he was hoping less to launch a musical career than to bury the possibility with dignity. In his suburban hometown, there’d never been music like this, and when he moved to the big city for school, no one could be bothered to care about music like this, so he recorded his song simply to prove that he could record his song. 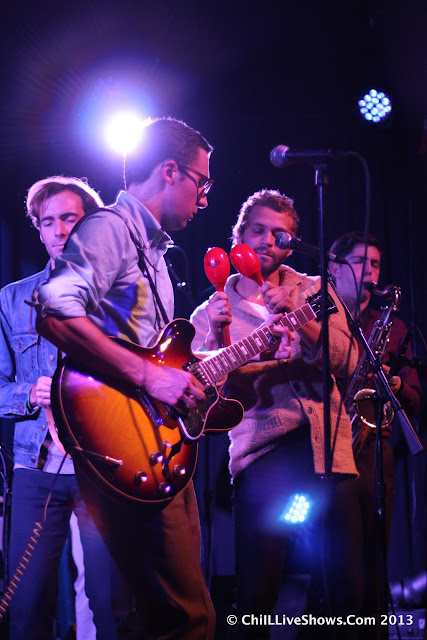 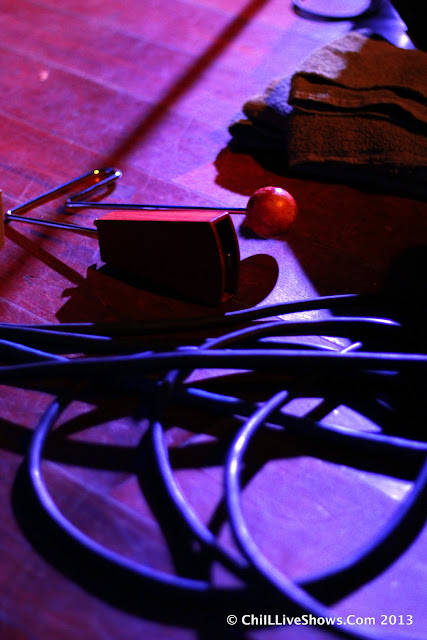 That “Some Place” 45 on his own label Pres—put together with something barely more than a pick-up band of 20-something kids sold half its press in a single night in the winter of 2010, and so made itself known to the people who needed to know, in that quiet nighttime way certain records have done for decades. 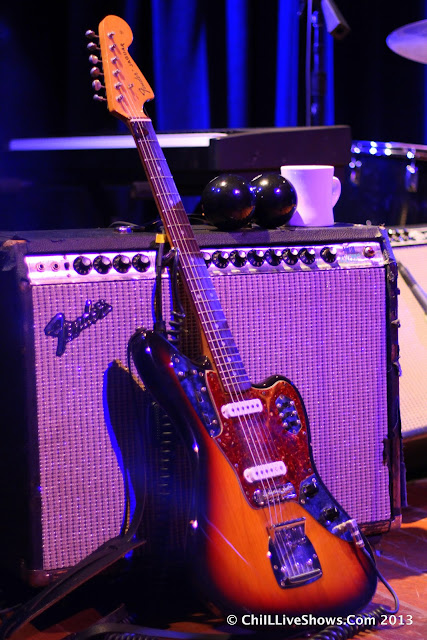 By mid-2011, he was signed to a label and after three more swoops through engineer Mike McHugh’s studio the Distillery, where of course powerful spirits are made, he’d found Time’s All Gone. 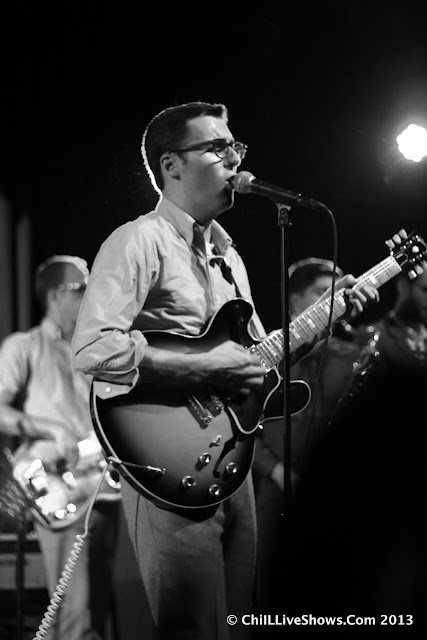 Amazon says:   Nick Waterhouse is the New Breed - An R&B fanatic who combines an uncanny old-school sensibility and with a charged, contemporary style. Having just turned 25, he joins the ranks of similar acts and producers of recent times - Mark Ronson, Amy Winehouse, Sharon Jones, Mayer Hawthorne, Aloe Blacc et al -- that are all moving forward into the past, yet all quite different.

For Waterhouse, his muse is the over-modulated sound of vintage '50s R&B and Rebel Rock n' Roll. His take on such a time-honored tradition evokes the back-alley thrill of New Orleans, Detroit and Memphis in their heyday. He combines an astute attention to detail recording on all vintage equipment with an honest desire to match the emotional impact of the music that inspires him.