We've been eagerly anticipating the press preview of Warner Brothers' latest, Jack the Giant Slayer 3D, and we finally got to see it last night!   It was truly epic and the whole family loved it.   This show combines all the elements of great cinema, action packed battles with mythical creatures, unique costumes, brave underdogs, evil underlings, visually stunning scenery, romance, and a princess who kicks butt instead of staying home and being prissy.

Sagezilla, my 9 year old daughter, was so jazzed to have another strong, female role model instead of the comatose princesses of my childhood, sleeping their lives away, awaiting a kiss from a prince.   Isabelle is a rockin' role model who longs for adventure and sneaks out often incognito.  She's even got a cool mom who gets it, and encourages her to have adventures as a child, and see how the world works, so she can better govern later as a queen.

Sure, the whole premise of man eating giants descending on mankind is pretty intense, and if you have younger kids and you're in doubt, read up, check out on line previews and reviews or see it yourself first.  We've found some sensitive tweens have trouble with extreme action films and some younger kids are just fine.  Everyone knows their own children's limits best.  Jack the Giant Slayer is rated PG13, but we were confident our 9 & 11 year olds could handle it just fine.   Jack the Giant Slayer is no more creepy or scary than Harry Potter, Star Wars, or the Lord of the Rings films.

The kids were enthusiastic in their praise for the movie.   Sure, it's based on the classic Jack and the Beanstalk fairy tale and has other familiar elements.   My kids noted the "farm boy" and kids in bed hearing stories nod to Princess Bride, and the very gollum like mini head on the creepiest giant.   Yet, Jack the Giant Slayer is an entirely new tale as well, and one that's sure to become a family favorite for generations.

Sage looked at me with a huge grin as the movie ended and said "I may have nightmares for a month, but it was worth it!"  She slept just fine last night without a giant nightmare in site.  Jack the Giant Slayer is entertaining, enchanting and highly recommended.

Click here to check out our prior coverage including actors, plot, video preview and more. 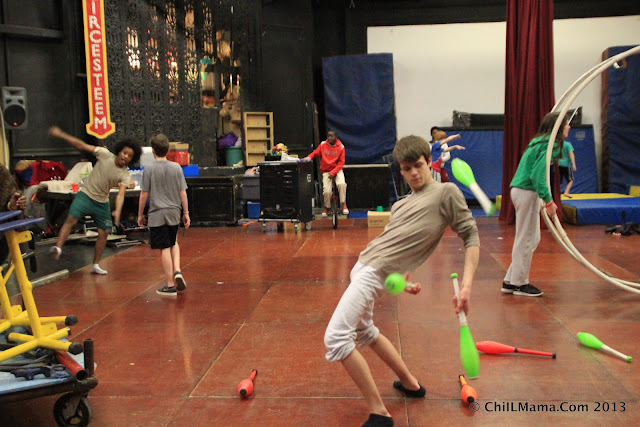 If a plague of giants descended on us, I'd want these super climbers on my side!   These confident kids don't flinch at heights, could scale a bean stalk with ease, and rock the aerial arts and acro...useful life skills whether you're battling oversized, man eating bullies or keeping fit and entertaining your friends. 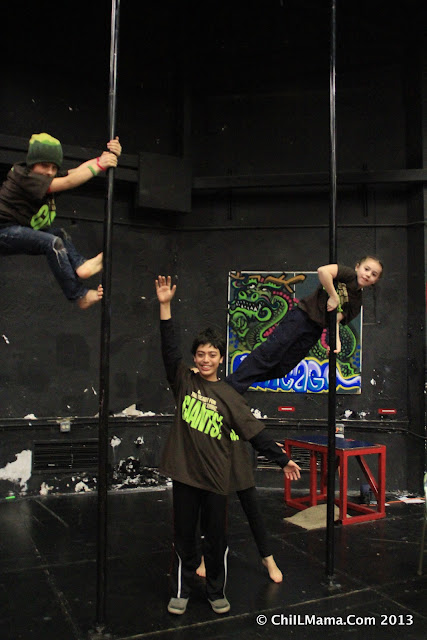 We gave away 400 Jack the Giant Slayer 3D movie preview tickets to our readers and they were gone in a matter of hours.  When Warner Brothers offered us Jack the Giant Slayer show swag, too, we instantly thought of the CircEsteem circus stars.   Who better to show off the Next Big Thing T's than Chi-town's larger than life circus troupe?!

One of the Circus Troupe kids is even named Jack! 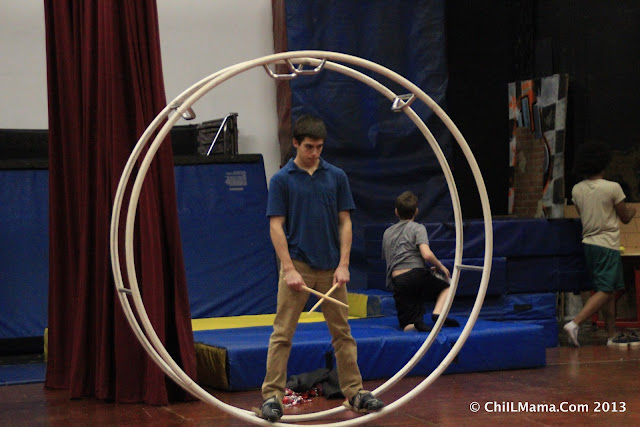 These kids have some super sized skills and they're the most likely to actually be able to scale a bean stalk and take on a race of giants with panache. 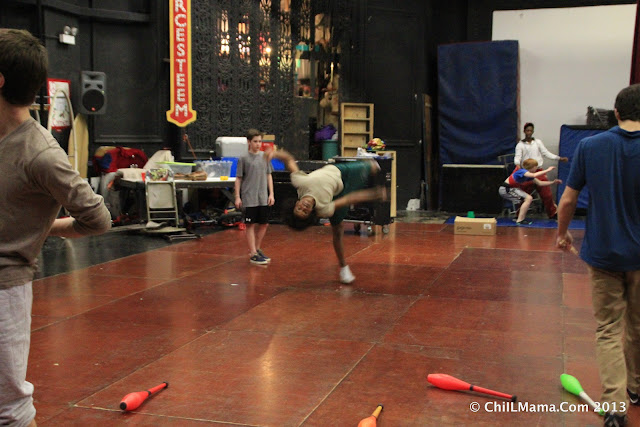 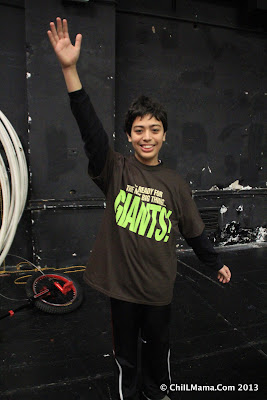 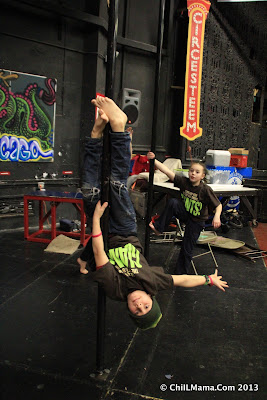 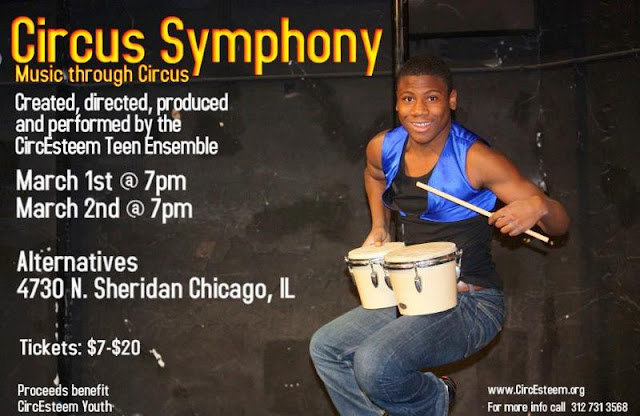 The troupe show is entirely written, produced and publicized by the kids themselves.   Come check 'em out.   We caught up with them at rehearsal Monday, and they were digging the Jack swag! 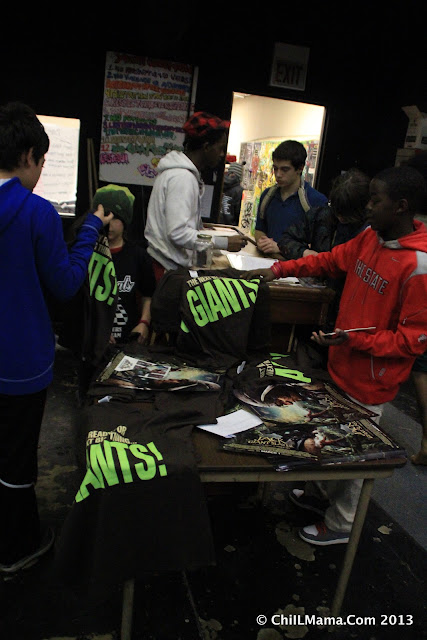 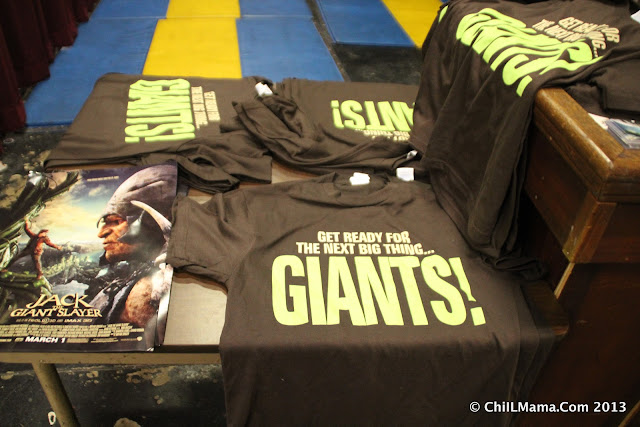 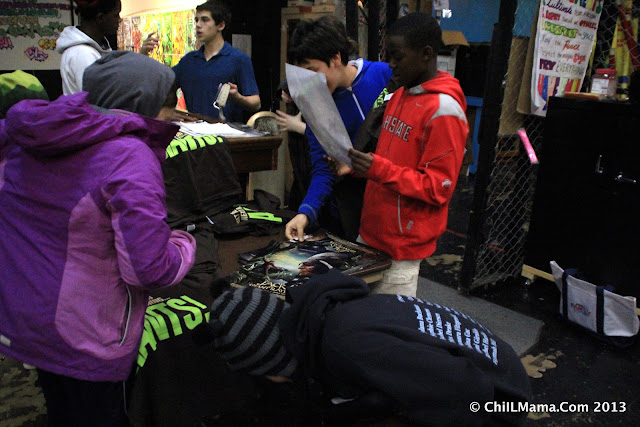 Sagezilla & other girls of action need great role models like Jack & the Giant Slayer's Princess Isabelle, whose not only pretty & passionate, but adventurous, active, brave, smart and kind, too. 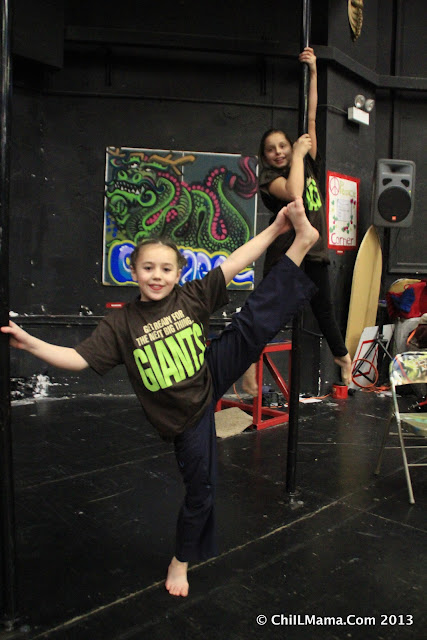 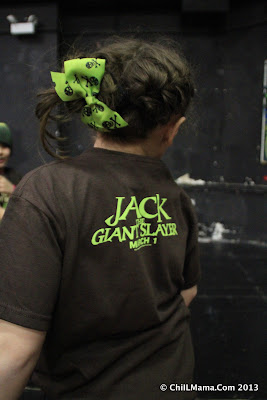 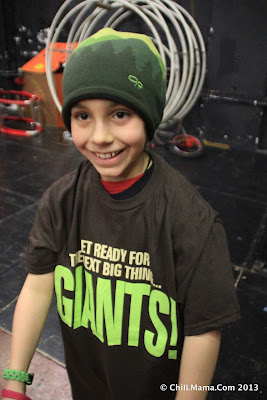 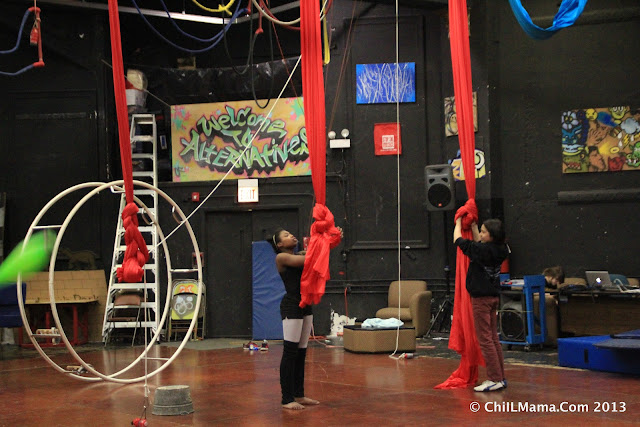 We adore mighty girls, and know they have a nurturing space at CircEsteem, where boys & girls from toddlers to teens can embrace their strength and climb, flip, roll, and fly.

We adore CircEsteem for their mission statement, too.   They're a non profit and keep classes sliding scale.  They also offer free tutoring, college scholarships, and work programs to keep circus arts accessible and affordable to all Chi-town's kids, which is a giant sized task, especially in tough economic times when corporate donations are down! 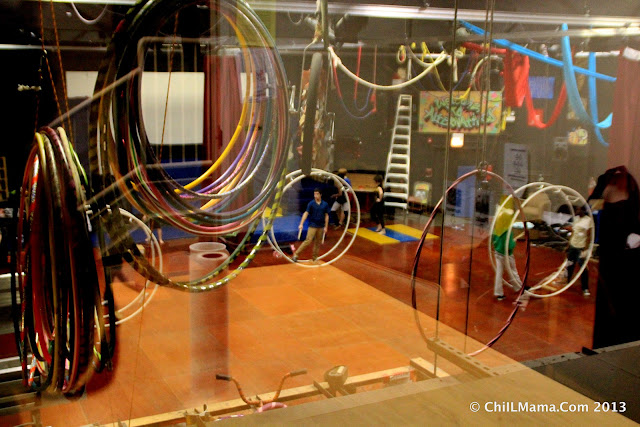 The team kids encompass a huge variety of races, income levels, and areas of town, and form lasting friendships with kids they'd otherwise never cross paths with.   If you're in a position to support them by seeing their shows or kicking in some monetary support, we highly recommend it. 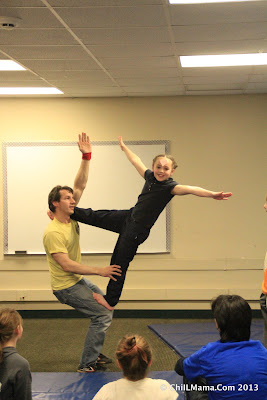 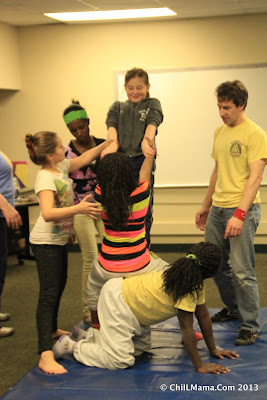 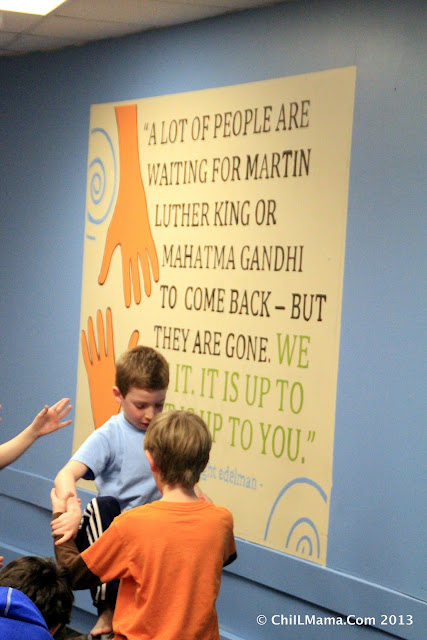 If you're looking for circus arts classes for kids or adults or a rockin' summer camp, check them out.   Our family has been personally involved with CircEsteem for close to 3 years and couldn't be happier with the experience.   Our kids have grown physically, mentally and emotionally, in stunning ways, all while laughing, playing, and having too much fun. 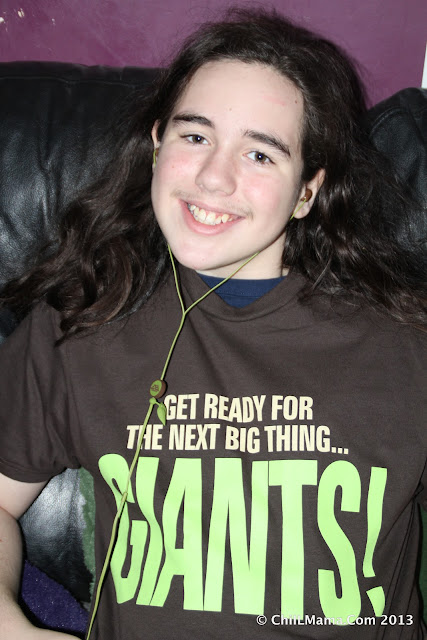 Even my son who was firmly on the shy side, has become a seasoned, confident performer.   I've never seen him grin so much and have such a great time as he does at CircEsteem. 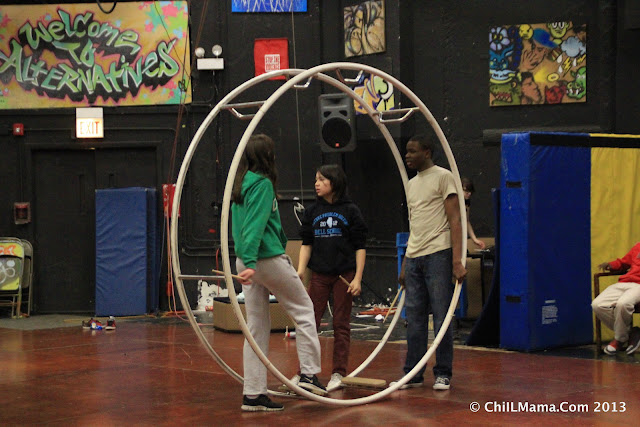 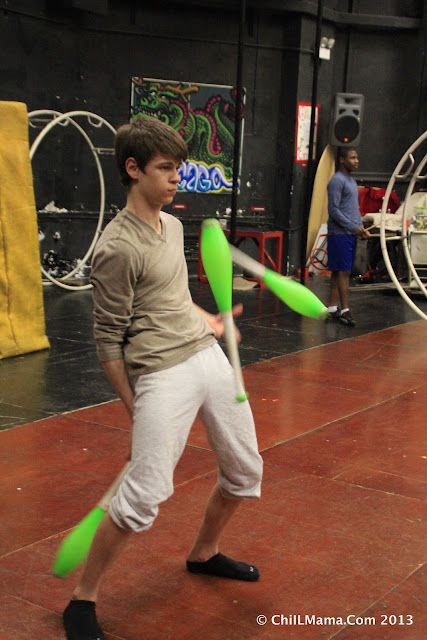 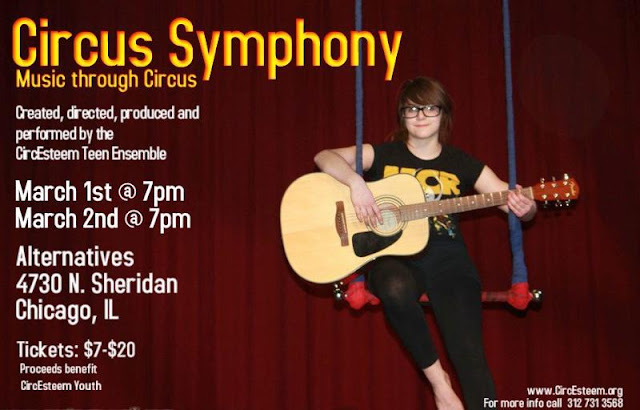 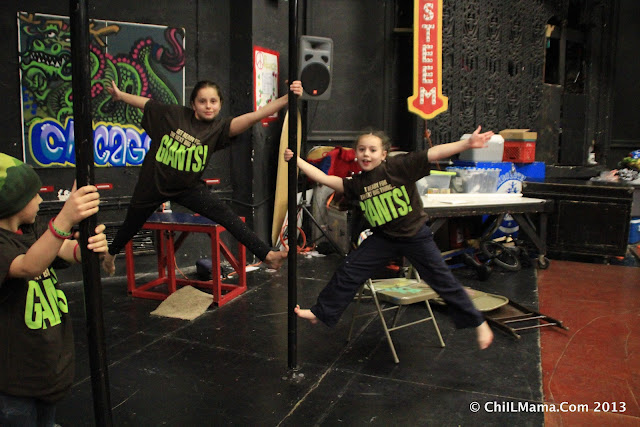