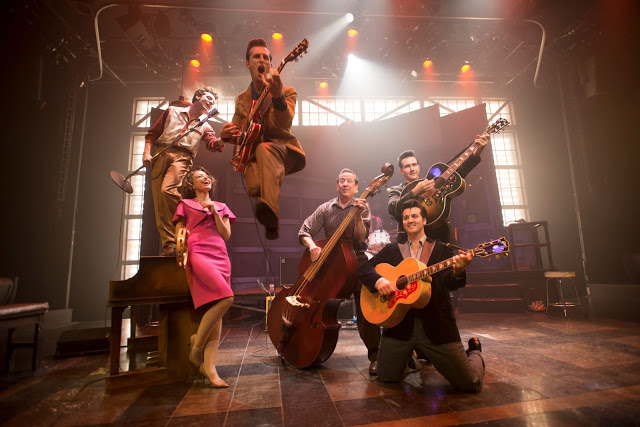 Not a big football fan?   ChiIL out with ChiIL Mama, Du-Jay and Sagezilla today at Million Dollar Quartet instead!   Tickets are buy one/get one free with one child under 17 admitted free with each paying adult!


Click here to check out ChiIL Mama's past coverage.

The Chicago production continues to break box office records at the Apollo Theater, 2540 N. Lincoln Ave., Chicago.  Tickets are now on sale through April 28, 2013 at the Apollo box office, phone (773) 935-6100,and online through Ticketmaster, www.ticketmaster.com.   For more information, visit www.milliondollarquartetlive.com.

Producer Gigi Pritzker comments, “It’s a thrill to celebrate our fifth year in Chicago.  Since the beginning, Chicago has embraced Million Dollar Quartet and we are grateful for the continued and enthusiastic support of Chicago audiences.  It’s been a hit in Chicago, New York, London, Japan and on the national tour.  The show remains as fresh, energetic and engaging as always—partially due to the more than 20 rock ‘n’ roll hits in the show and the tremendous talent on stage.”

For more show information, visit www.milliondollarquartetlive.com.
* * * * * *
ABOUT THE CAST
Brandon Bennett (Elvis Presley) a native of Ponchatoula, Louisiana, has performed with legendary stars like The Jordanaires, DJ Fontana and The Sweet Inspirations. Brandon has been honored with several international awards, including prestigious honors from Elvis Presley Enterprises, Inc.  He joins the cast of MDQ after performing for the past two years with the stage production The Elvis Story in Quebec, Canada.
Shaun Whitley (Carl Perkins) is a musician, actor, composer, and Jeff nominated music director. Some Chicago credits include: A Midsummer Night’s Dream (Flute/Thisbe) with Chicago Shakespeare Theater;PumpBoys and Dinettes (Jim) with Drury Lane Theater; Buddy: The Buddy Holly Story (Tommy, u/s Buddy Holly) with Drury Lane Theater; Uncle Vanya (Telegin) with TUTA; and Cotton Patch Gospel(Bass/Mandolin) with Provision Theater. He studied acting at RADA in London.

John Cossette Productions (Producer) was founded by John Cossette whose 30 year career in the music industry as an innovative producer of large scale events was legendary.  John produced the Grammy’s, the BET awards, the 1996 Olympic Games in Atlanta and a star-studded concert in Central Park.  He was deeply involved with MusiCares and the EJ Jackson Foundation which helps to feed the homeless in Los Angeles. Under the direction of Rita Cossette the company will continue to develop and produce music related entertainment.