You Can Have Your Pan and Beauty Too


It's an amazing time to be a kid in Chicago right now, with Broadway in Chicago running not one but two amazing productions for the young and young at heart.   My 8 year old daughter and I had a girls' night out at The Oriental Theater on Sunday night and just adored Beauty and The Beast.


When I asked her later which she liked better and why, she sagely said it was too close to call.   Peter Pan had better moving backgrounds, but the tapestry like set for Beauty and the Beast was cool, too.   Then of course Beauty had big dance numbers and fun songs.   But Pan had cool aerial arts and flying characters.     Then again, Beauty had a disembodied talking teacup child and a levitating transformation from beast to prince she was still trying to figure out days later.   Wisely she declared it a tie.


Fortunately, with half price deals at Hottixs right now, you may not have to make that hard choice either.   You can see both for the price of one through July 10th, while supplies last! 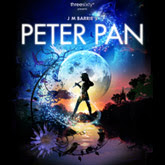 Pan Plan-Leave extra time before hand, or take a stroll during intermission and check out the cool history of Peter Pan.

ChiIL Mama's challenge:
1.  See how you measure up to the main characters in height.
2.  Find out how "my friendly" turned into the name, Wendy, and how Barrie's beloved character ended up becoming a new girls' name in our world as well as his.
3.   Catch a quote.    Find out what famous actors and musicians thought of productions of Peter Pan they saw.
4.   See if more Broadway productions had women or men play Peter Pan.     How many of each?

Beauty Treatment-
1.   Arrive early enough to enjoy the lobby and interior of The Oriental Theater. It's our favorite place in Chicago to play i-spy.    There are amazing mythical beasts, ornate scroll work and seriously cool creatures that are well worth exploring before the house lights dim.


2.   Sight lines for shorties:    If your littles get beastly when big heads in the row in front of them block all the action, stop by the coat check early for the most royal looking booster seat cushions ever.    They're red velvet like the auditorium seats and complimentary.    However, they are in limited supply.


3.   Sharing is beautiful.    We were lucky to have 7th row seats-right in the vortex of metallic ribbons shot out into the audience during "Be Our Guest".   We gathered up an armload full, and took a fun redistribution walk during intermission.    There was a trail of happy, smiling children as we gave the ribbons out to everyone who didn't catch one.   We made it through the lobby, ribboned the kids in the bathroom line and then left the last hand full draped on the restroom sign.    As the lights flashed and we headed upstairs, an excited group of kids was claiming the last of the ribbons.


Beauty and the Beast is playing through August 7th.

24 W. Randolph, Chicago
LAST YEAR’S SOLD OUT ENGAGEMENT was hailed by the Chicago Sun-Times as "warm and winning performances, a tuneful score, and real heart," the classic musical love story is filled with unforgettable characters, lavish sets and costumes, and dazzling production numbers including “Be Our Guest” and the beloved title song. Experience the romance and enchantment of DISNEY’S BEAUTY AND THE BEAST!

Email ThisBlogThis!Share to TwitterShare to FacebookShare to Pinterest
Labels: Beauty and The Beast, Broadway in Chicago, Peter Pan 360