Eye on India Scheduling Change for Tonight and Tomorrow 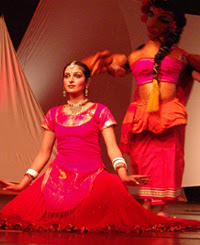 Millennium Park announced this week that Funkadesi will replace Susheela Raman in “Music Without Borders” concert tonight, July 14 at 6:30 p.m. at the Jay Pritzker Pavilion in Millennium Park.
Due to Susheela Raman’s cancellation, the Eye on India Festival will not be providing Indian music at the Family Fun Festival Tent in Millennium Park on Friday, July 15 at 1 p.m., as the Rajasthani folk musicians will not be coming to Chicago.
A unique and colorful extravaganza of Indian culture, the first annual Eye on India festival honors the wealth of India’s cultural heritage by showcasing the best of Indian music, theatre, literature, film, traditional health and wellness and visual arts in Millennium Park and surrounding venues including the Harris Theater, the Art Institute of Chicago, the Chicago Cultural Center and Chicago Artists’ Coalition.  This extraordinary festival will join Chicago’s world class cultural landscape for ten days July 8 – 17, 2011.
The last performance event for the festival will be Ishara Puppet Theatre Trust’s “Transposition” at the Harris Theater Friday, July 15 at 8 p.m.  This is recommended for ages 12 and up.
Posted by Bonnie Kenaz-Mara at 6:38 PM

Email ThisBlogThis!Share to TwitterShare to FacebookShare to Pinterest
Labels: Eye On India Festival