To keep up to date with Concerts for Kids, become their Facebook friend at www.facebook.com/kidsshowschicago. 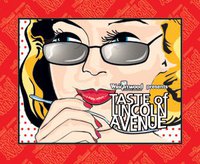 The Boogers are LIVE at Taste of Lincoln Avenue this Sunday! We'll be on the Fullerton Stage (main stage) starting at 11:00am. Come for the Boogers and stay for Tom Chapin
Save the Date:
Fall Fest Kicks Off the 2011-2012 Concert Series, Sunday, September 11, 11am-4pm
Beat Kitchen Concerts For Kids Series is back and ChiIL Mama's happy to be a sponsor.    We'll be giving away family 4 packs and loads of kindie CDs again.   Check out ChiIL Mama, your best source for live kindie concert footage and original band interviews.
We'll be continuing Free Ticket Tuesdays and Win A Disc Wednesdays.   Enter for your chance to win.
Music, face painting, crafts and more to start off the fall series
Make Beat Kitchen your place for kindie music fun again every Sunday starting with Fall Fest. On the main stage rock out toddler style to Mary Macaroni (11am), Sarah Jayne Parker (12pm), Baby Take a Bow Hip Hop Demo and Class (1pm), the Hamburglars (2pm) and Mindy Hester & the Time Outs! (3pm). Upstairs there will be balloon animals (after Mary Macaroni's show), face painting, crafts and more. Plus the always delicious food from Beat Kitchen's kitchen will be available. Come make a day of it.
Here at ChiIL Mama, we're particular fans of Mindy Hester & the Time Outs and The Hamburgalars!    Mark your calendars.   Beat Kitchen's got a great line up throughout fall, to help with summer music fest withdrawl.    We've highlighted bands in red whom we've interviewed, featured, video taped live shows for, shot stills with and/or run CD give aways with.    We still have tons of great, new footage in the archives that we'll publish in conjunction with upcoming concerts and a prize cupboard bulging with kindie CDs and great give aways for our readers!
We'll continue to be out on the kindie scene this fall and winter, so if you're a band we haven't met yet, drop us an e-mail at zbluesun@gmail.com and maybe we'll feature you next.
Sun Sept 11: Fall Fest featuring Mary Macaroni, Sarah Jayne Parker, Baby Take a Bow, The Hamburglars and Mindy Hester & The Time Outs!
Sun Sept 18: Andy Roo
Sun Sept 25: The Dreamtree Shakers
Sun Oct 2: Human-Tim + Robot-Tim
Sun Oct 9: Kara Kesselring & Sugarcreek Road
Sun Oct 16: Little Miss Ann Band
Sun Oct 23: The Boogers
Sun Oct 30: Mr. Singer & The Sharp Cookies special halloween show
Sun Nov 6: Jeanie B! and The Jelly Beans
Sun Nov 13: Suzi Shelton with special guest Little Miss Ann
Sun Nov 20: Karen 4 Kids!
Sun Dec 4: Laura Doherty
Sun Dec 11: Mary Macaroni
Sun Dec 18: Shana Sings! special Holiday Show
Count down to Kidza-Lucky #7!!


This year marks Lollapalooza's 20th anniversary, and we've been fans since those early days.   We've also covered Kidzapalooza with in depth, photo filled features every year since it began here in Chi-Town, 7 years ago.    2011 is no exception.   We cover the kindie music scene year round, but Kidzapalooza is our hands down favorite...our mega music mecca....and we just can't wait to do it again! 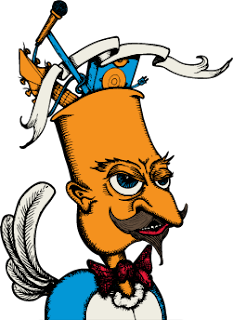 This week, ChiIL Mama's running a count down to Kidza including our original interview with Keller Williams, who plays kidza Sunday at 2:30pm.   We also have loads of Keller Williams' live show footage and stills that we'll be posting right before and after his Kidza appearance.   Keller has been our featured artist a number of times and ChiIL Mama's given away tickets to his show,  a bunch of his Keller Williams Kids CDs, and his cool hardback book/CD combo.   We're so excited he's joining the Kidza scene this year!


We've been covering Kidza for months, but this week we'll have additional band info and recommendations, photo and video filled previews, and recaps of the best from last Kidza.   In the meantime, browse through ChiIL Mama's YouTube and Vimeo Channels and input Kidzapalooza in the side search bar, for our best from the last 7 years of Kidza.


We have live footage of Dan Zanes and a great interview with The Verve Pipe, two of our ultra favorites from Kidza last year along with slideshows that capture the essence and energy that permeate Kidzapalooza.


The new 2011 lineup looks great and we'll be featuring a host of bands new to the kids stage and old favs--especially those where they don't just play for kids, the musicians ARE kids.    July and August at ChiIL Mama are all about the kids. 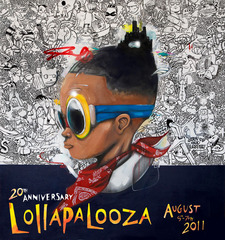 We will be covering Kidzapalooza and Lollapalooza again this Friday through Sunday and ChiIL Mama will be interviewing 16 year old prodigy, Ruby Jane, and more surprise musicians before and during Kidzapalooza.
Ruby plays Lollapalooza at noon on Friday at the BMI Stage.
RUBY JANE
From Austin, TX, 16-year-old Ruby Jane is the real deal. Born in Dallas and raised in Mississippi, she is a fiddler, singer/songwriter, and bandleader of The Ruby Jane Show, showcasing a mix of country, jazz, bluegrass, and blues. She exhibited a strong connection to music early, starting violin lessons at age 2, and began playing bluegrass when she was 8. Ruby played with Marty Stuart, Rhonda Vincent, Jesse McReynolds, and many others, and became the youngest fiddler in history to play the Grand Ole Opry at age 10. The CBS Evening News ran a feature on Ruby when she was 12, and she played with Big & Rich in front of 60,000 people on ABC’s CMA Music Festival Special.
Ruby Jane moved to Austin in 2007, playing with Texas greats like Johnny Gimble, Dale Watson, Freddy Powers, and Will Sexton. Ray Benson of Asleep At The Wheel discovered Ruby while looking for a young fiddle player for his play “A Ride With Bob.” Ruby joined the cast, and through Ray met her childhood hero Willie Nelson during the making of Willie and the Wheel. This led to Ruby touring nationally with both Asleep At The Wheel and Willie Nelson.
Ruby Jane’s primary focus now is her own band, “The Ruby Jane Show.” 2010 was busy for Ruby. She toured France in August, and in September at 2010′s ACL Fest, she sat in with Blues Traveler, and then drew over 2,000 people for her own performance, being named “MVP of ACL Fest” by the Austin Chronicle. Ruby Jane continues to write songs, improve in technique, and mature in style. She can be found making music in and around Austin, whether sitting in with bands and performers from across the musical spectrum, or leading The Ruby Jane Show. She is warming hearts, embracing audiences, and making everyone wonder just where she is bound.
www.rubyjane.org
www.therubyjaneshow.com
www.reverbnation.com/therubyjaneshow
http://twitter.com/rubyjaneshow
http://twitter.com/rubyjanesmama
www.myspace.com/rubyjanesmith
www.youtube.com/tigerlovesmith
http://www.facebook.com/rubyjaneshow
http://www.broadtexter.com/rubyjane
So check back in with ChiIL Mama like we vote in Chi,IL...early and often.
Posted by Bonnie Kenaz-Mara at 10:48 AM