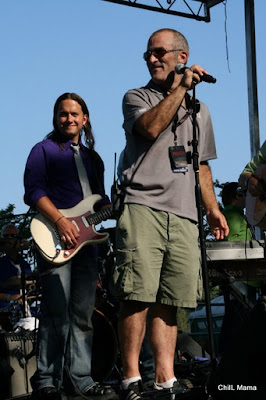 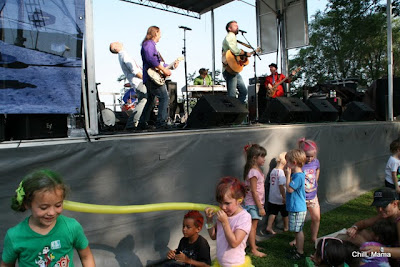 The Verve Pipe were headliners on Kidzapalooza's stage last Sunday, and closed out Kidzapalooza 2010 in style.   We caught their sets on both Saturday and Sunday and were blown away.

We had grand plans to catch a 3rd show of theirs, an 8:30AM VIR breakfast with the bands, at The James Hotel on Sunday morning.   But it wasn't meant to be.   I had to make one of those executive Mom decisions and let my kids sleep in longer, when they were virtually unwakable at 7:00.   We'd logged long days at Kidzapalooza and Lollapalooza Friday and Saturday.   At 10AM they woke up mad that they were missing the breakfast.


They were quite insistent we catch the tail end of it, so they hopped into clothes in record time and we hit the road.  We were in time to catch all of Dan Zanes excellent set, so it was a good call to go.   We'll have that footage and clips from Verve Pipe on the Kidzapalooza Stage up on our brand new ChiIL Mama YouTube Channel in the next few days along with loads of Kidzapalooza acts, band interviews and more.


Sagezilla and Du-Jay were disappointed we were too late for the breakfast portion of "the breakfast" and we got there too late to enter the Paul Frank raffle full of sweet prizes including a Skurvy Cruiser Bike, but just in time to see the winners picked.   (I was happy to see a girl from The Happiness Club won the bike.   Those kids are great.)   We did get a cool swag bag from Paul Frank, full of lip gloss, dog tags, a devil Julius zipper pull and more fun goodies, that eased the disappointment.


By the end of the breakfast, my two were drooping again and it had started to rain.   We hit a close Walgreens and bought ponchos, a bigger xtra umbrella, and some cheap shoes for the mud for me.   Thankfully the kids were already in Tevas and Crocs.   I figured, if we got well prepped for the rain they said wasn't coming till Monday, then it would dry up and become a beautiful, sunny day.   Sure enough, it rained the first hour or so, then the rest of the day was gorgeous. 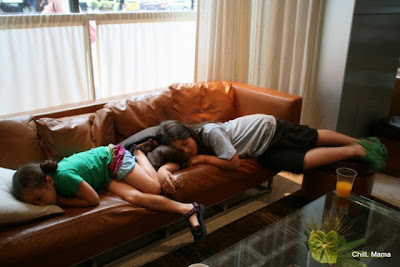 By the time our friends,  Recess Monkey, hit the Kidzapalooza stage at 1:30, Zilla and Du were wide awake and ready to go.   We'll have video clips of their awesome show, and exclusive ChiIL Mama interviews with Recess Monkey up soon.


We'll have a bazillion awesome photos, more performance video, and interviews in the days to come.   For now, we're giving away one of 3 copies of The Verve Pipe:   A Family Album.   Enter at the bottom of this post to win.   Winners are posted every Wednesday.   Contact information is kept confidential.   Entries accepted through Tuesday midnight. 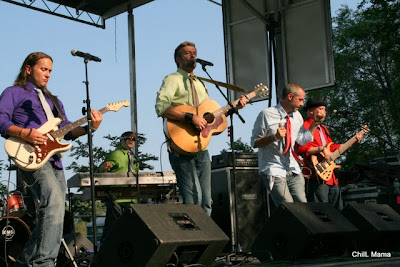 Verve Pipe:  A Family Album, is just that, great music the whole family can relate to.   It's not dumbed down for small children.   These guys know small children can be brilliant and see and know things the rest of us have forgotten or still not figured out yet.   These master musicians are articulate and funny, and this makes for a wicked fun combination. 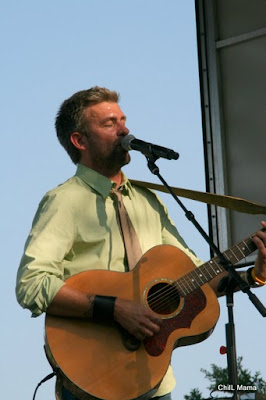 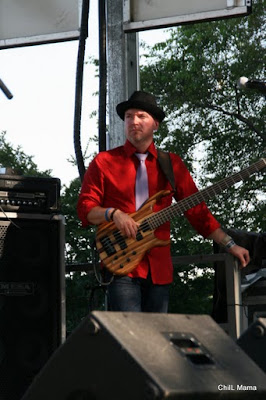 The alliteration in We Had To Go Home, is creative, and the album is chalk full of witty word play.   But it's the story line of that song and Worrisome One, that really won me over.   Verve Pipe has captured the dark side of parenting in a way everyone can relate to. 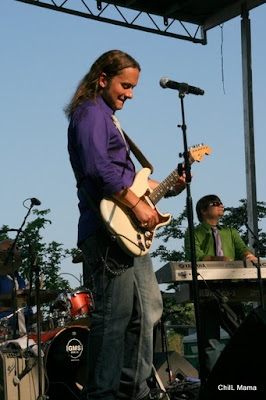 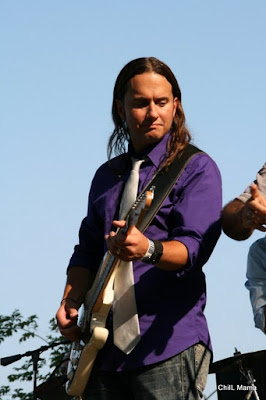 Nobody's kid is well behaved all the time.   The first song documents a party gone horribly awry, that results in the kid being sent home.   It's recounted in a hilarious excuse of a recap that will have kids and parents grinning.

Most kids music focuses on the happy fun times.   But parenting is a crazy roller coaster ride.   It's the most wondrous, humbling, infuriating, magical, funny, embarrassing, frustrating, fantastic thing that most of us will ever do.

Just before the band launched into a beautiful, a cappella (except 1 guitar) version of Worrisome One (we'll have it up soon on the YouTube ChiIL Mama Channel), I had a run in with a 7 year old worrisome friend of ours.   The song had me tearing up, as they seemed to sing directly to him.
Our friend had accidentally put his hand on stage into what looked like regurgitated Graham crackers, then used my daughter as a napkin, and wiped the crud all over her shirt.   She was rightfully upset, and when I confronted him and asked him to apologize and wipe it off, he adamantly and repeatedly refused.   It was a frustrating stalemate.
Ultimately, I had to get to work again, and his Mother apologetically wiped my daughter off.   All I asked for was a simple sorry, but the kid stubbornly refused to back down to the bitter end.  I was still seething when Verve Pipe began to play, but this song stood out as a balm to parents, friends and children aching from those early, inevitable challenges to authority.
This album is full of fabulous music, but the other stand out is the opening track Wake Up.   Sagezilla and Du-Jay are in one of the Chicago Public Montessori Schools that always start school the Monday right after Lollapalooza!   Those end of summer, back to school transitions are rough enough without magical fest withdrawal, too!  That Monday ought to be a city holiday at least....
Thank you Verve Pipe, for getting us to wake up in a kinder, gentler, happy frame of mind in the morning on this first back to school week.   We owe you a debt of gratitude.   This album is in heavy rotation in our home and is quickly becoming a favorite.   It would make a great back to school surprise.
Check out their web site to buy A Family Album, hear about tour dates and learn more about the band.
Chicago families, there is one more chance to see them in the area in the near future.  9/4 Rockford, IL - On The Waterfront Fest - 5:00 PM - Kids Show - All Ages - $12 for 3-day festival
Website
Tickets

Enter here to win A Family Album on ChiIL Mama's Win-A-Disc-Wednesdays.   If you don't get picked this week, you have 2 more chances, but you have to enter to win.   Good luck!
Posted by Bonnie Kenaz-Mara at 12:00 PM