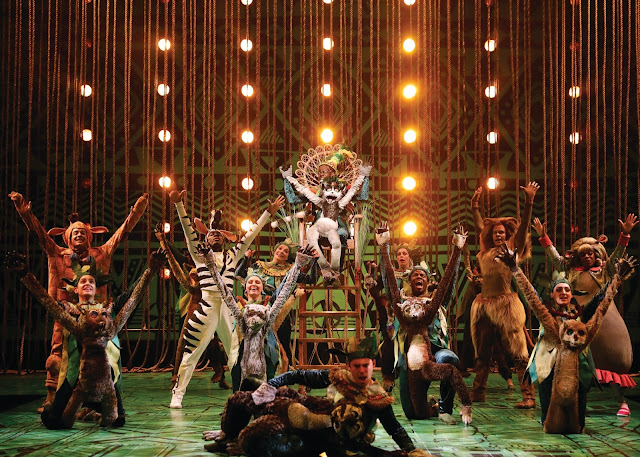 Led by the wacky King Julien (Aaron Holland), the full company jams out to “Move it, Move it” in Chicago Shakespeare Theater's production of Madagascar – A Musical Adventure, based on the DreamWorks Animation motion picture, directed and choreographed by Rachel Rockwell in CST's Courtyard Theater, July 13–August 27, 2017. All photos by Liz Lauren.


Chicago Shakespeare Theatre has long been a favorite of ours here at ChiIL Mama and ChiIL Live Shows. My kids have grown up loving CST from toddlerhood to the teen years. They have a wide range of high caliber productions that include family friendly fare, Short Shakespeare, teen programs, and plenty of shows for adults from the bard and beyond.

Every summer Chicago Shakespeare Theatre on Navy Pier breaks out a fun, family friendly musical. This is an awesome opportunity to introduce the littles to theatre they'll love and make some family memories. Chicago Shakespeare Theatre's legendary sets and costumes, and world class talent bring shows to life in a vibrant, memorable explosion of color. Highly recommended! 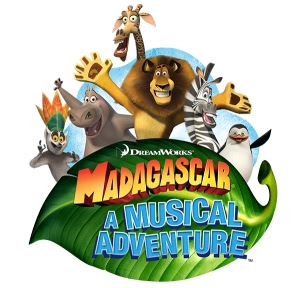 Chicago Shakespeare Theater  (CST) continues its summer tradition of vibrant family programming with Madagascar – A Musical Adventure, directed and choreographed by Matt Raftery at the Theater’s home on Navy Pier, July 13–August 27, 2017. Based on the DreamWorks Animation motion picture, this wild and wacky new musical is written by Emmy Award-winner Kevin Del Aguila with original music and lyrics by George Noriega and Joel Someillan.

Madagascar – A Musical Adventure follows Alex the Lion, Marty the Zebra, Gloria the Hippo, Melman the Giraffe and those plotting Penguins on a hilarious and unexpected journey from Manhattan to the faraway island of Madagascar. After busting out of their home at New York’s Central Park Zoo, these furry friends encounter the madcap antics of the outrageous King Julian and his fellow island inhabitants in a musical celebration of friendship. The nonstop adventure and rollicking pop score will have audiences of all ages wanting to “Move It, Move It!” The 70-minute production is the perfect summer outing to share the wonder and delights of live theater with young people. 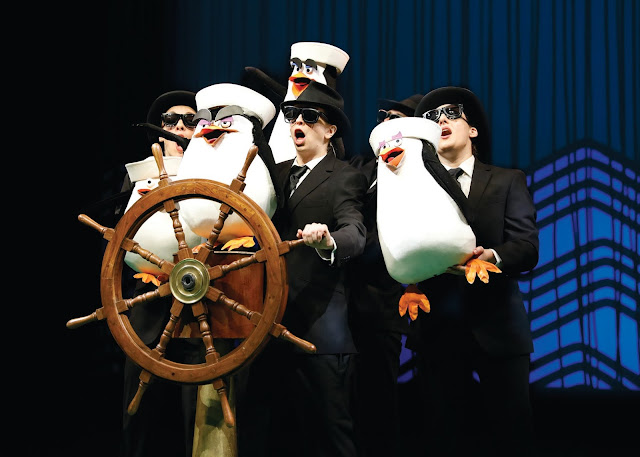 The blockbuster film is transformed for the stage by Kevin Del Aguila —the Emmy Award-winning writer of the animated PBS show Peg + Cat and book-writer behind the hit Alter Boyz, one of the longest running off-Broadway musicals of all time and winner of the New York Outer Critics Circle Award. Del Aguila has garnered Lucille Lortel and Drama Desk Award nominations, and is the recipient of Heideman Award for his play The Greekest of Tragedies (Actors Theatre of Louisville). Original music and lyrics for Madagascar – A Musical Adventure was created by creative duo George Noriega and Joel Someillan, who have collaborated for nearly a decade in developing music for Dora the Explorer and Go Diego Go, as well as many other projects for Nickelodeon TV and Film and Broadway Across America.

Madagascar is directed and choreographed by Matt Raftery, who returns to Chicago Shakespeare after having choreographed A Midsummer Night’s Dream, As You Like It, Sense and Sensibility (CST’s production at San Diego’s Old Globe) and Love’s Labor’s Lost—in addition to serving as associate director for the world premiere of The Book of Joseph. His notable musical theater work has also been seen at Drury Lane Theatre Oakbrook, Marriott Theatre and Theatre at the Center.

Chicago Shakespeare Theater presents a wide range of accessible and affordable programming for multi-generational audiences. In addition to imaginative summer musicals at the Theater’s home on Navy Pier, offerings year-round include Short Shakespeare! abridgments of Shakespeare’s classics and the FREE Chicago Shakespeare in the Parks tour to neighborhood parks throughout the city. These programs reach more than 100,000 patrons each season—making Chicago Shakespeare one of the largest providers of family programming in Chicago. 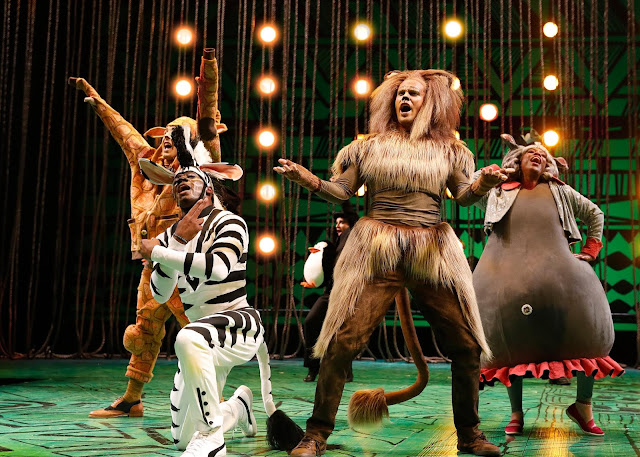 ABOUT CHICAGO SHAKESPEARE THEATER
Chicago Shakespeare Theater (CST) is a leading international theater company and the recipient of the Regional Theatre Tony Award®. Under the leadership of Artistic Director Barbara Gaines and Executive Director Criss Henderson, CST is dedicated to creating extraordinary production of classics, new works and family programming; to unlocking Shakespeare’s work for educators and students; and to serving as Chicago’s cultural ambassador through its World’s Stage Series. Through a year-round season encompassing more than 650 performances, CST attracts 225,000 audience members annually. One in four of its audience members is under eighteen years old, and today its education programs have impacted the learning of over one million students. CST is proud to take an active role in empowering the next generation of literate, engaged cultural champions and creative minds. During 2016, CST spearheaded the Shakespeare 400 Chicago festival in addition to announcing the creation of an innovative performance venue, The Yard at Chicago Shakespeare.

**Disclosure: Thanks to Chicago Shakespeare Theater for providing complimentary tickets for review purposes. As always, all opinions are my own.**

Posted by Bonnie Kenaz-Mara at 9:34 AM