Beginning with the fool’s card in the tarot deck, this circus cabaret style show exposes our unconscious thoughts and desires. 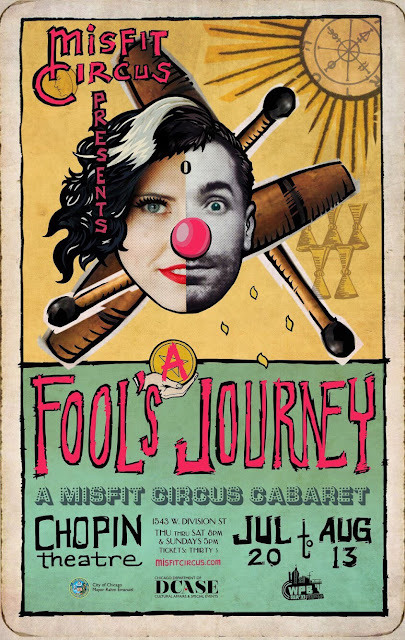 As both a long time tarot reader and circus arts lover, I'm beyond jazzed about this show. Add to that, two of the performers have taught my kids over the years. My 14yo daughter, Sage, has studied arial silks at Aloft with Natalie Abell, who taught her a handful of harrowing drops that she adores. My daughter and my 16yo son, Dugan, both learned loads about juggling, manipulation, and performance from Brian P. Dailey over several years at CircEsteem.

We're also quite fond of Molly Plunk as a performer and have seen her work for years (including Burning Bluebeard 4 times). She's a regular at many of the shows we've covered for ages including some of our ultimate favorites like the Neo-Futurists, Aloft Circus Arts, Redmoon Theater, The Actor's Gymnasium, Zoppé Family Circus, The Ruffians, and Bindlestiff Family Cirkus.

Tickets available through: www.misfitcircus.com or through Brown Paper Tickets: http://www.brownpapertickets.com/event/2989921

A Fool’s Journey is a new experimental contemporary circus cabaret that digs into the symbolism and revelatory nature of the tarot deck. Featuring live music by Bret Koontz, the show takes the viewer though a wide variety of acts (tightwire, acrobatics, hand balancing, juggling and more) that investigate the tarot’s major symbols and themes.  A Fool’s Journey is a premiere Misfit Circus production, a circus collaborative founded by Molly Plunk (clown, wire walker) and Natalie Abell (hand balancing, aerial rope).

A Fool’s Journey will be playing at the Chopin Theatre in Wicker Park July 20th through August 13th.  Tickets are $36 for Cabaret Table Seating; $27 General Admission. Be whisked away to a world where the fool is king and magic is real!

Whether it’s in the anticipation of a tarot reading, or the nervous excitement of standing at the precipice of a tightwire platform; tarot and circus function as mediums to the unconscious world, drawing up raw emotion and secret desires. Each of the acts in the show represent aspects of tarot’s major arcana, or allegories for the rite of passage one must experience if they are to realize wholeness.

Misfit founders, Molly Plunk and Natalie Abell, assure us that we’re not alone on this journey: “At some point, everyone plays the part of the fool and we must all confront our hidden selves,” says Abell.  Plunk follows up, “The Fool is the part of ourselves that is distinctly us, and unadulterated.”

This project is partially supported by a Cultural Outreach Program grant from the City of Chicago Department of Cultural Affairs & Special Events and a grant from the Wicker Park Bucktown Chamber of Commerce.

Misfit Circus is a new circus company founded by Natalie Abell and Molly Plunk. After a summer of coaching at Cirkus Smirkus together, Abell and Plunk decided to set their sights on a circus company that embraces a fresh, irreverent, and weird take on traditional circus shows.

My kids and I can't wait to check out their show! I've been doing readings for a couple years from the Phantasmagoric Theater Tarot, which has colorfully playful yet deliciously dark art work. It begins the deck description with... "Think of yourself as an actor, placed in a theater at the time of your birth." All the cards are theatre characters! 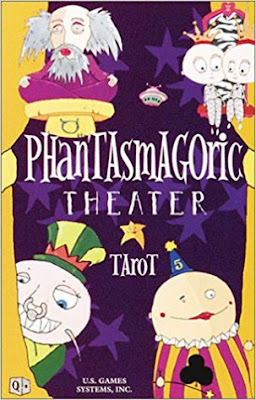 My favorite deck still remains the out of print French Maddonni Tarot. I got that one from Ayun Halliday (also tied in with the Neo-Futurists from waaaaay back in the day) at a moving sale she was having in Andersonville before taking off for New York. I loved the deck so much I tracked down a bunch of new copies of it and gave them to all my favorite theater friends one Christmas in the mid 90's. I'd always hoped to do a full circus arts production with the costumes based on this deck. Maybe some year I still will. In the meantime come check out A Fool’s Journey, a Misfit Circus Cabaret since it's actually happening and imminently opening! 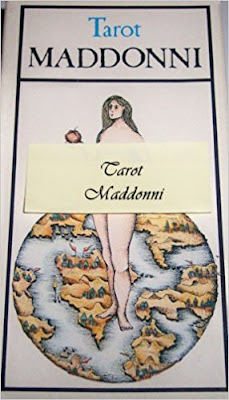 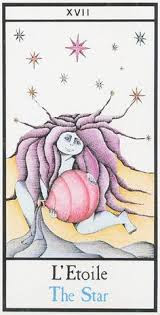 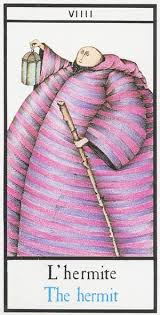 Natalie Abell has over two decades of experience as a creative nomad. Her roles have run the gamut from vocal lead in a rock band, to patent holding engineer. She is currently a circus professional, whose recent performances include an original collaboration with beat boxer Yuri Lane, an aerial rope battle with renowned rope artists Emiliano Ron and Terry Crane, and a starring role in Dinner of Our Discontent, (which I've seen and adored!) a show featured in Circus Now: International Circus Exposure showcase in NYC. She is a regularly featured artist for Acrobatica Infiniti: Nerd Circus, cos-playing as Harley Quinn and Wonder Woman for conventions such as C2E2 (which we've covered for years). Abell performs and coaches for Aloft Circus Arts and coaches for Circus Smirkus.

Molly Plunk grew up playing make-believe down a dusty, gravel road on farm in the middle of the great state of Illinois. She has been active member of and contributor to Chicago’s Neo-Futurists for many years, and is currently Artistic Associate of the company. Plunk is best known for her role of Faerie Queen in Jay Torrence's local winter staple, Burning Bluebeard. In addition to her theater work, she is an accomplished tightwire performer, and clown, having performed for Aloft Circus Arts, Redmoon Theater, The Actor's Gymnasium, Zoppé Family Circus, The Ruffians, and Bindlestiff Family Cirkus (all of which we've raved about over the years! I'll have to break out my Bindlestiff jackalope baseball tee). Plunk is a graduate of Columbia College.
Posted by Bonnie Kenaz-Mara at 6:41 PM