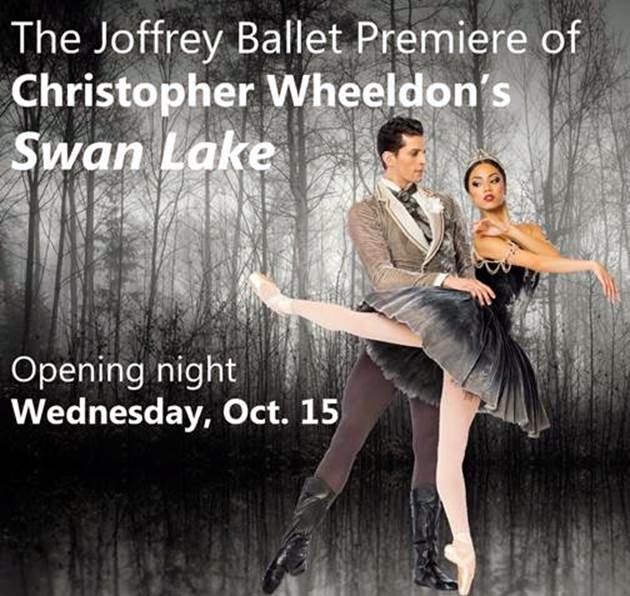 Wheeldon sets Swan Lake in 19th century Paris, during the time when Tchaikovsky was actually composing Swan Lake in Moscow and when a young impressionist named Edgar Degas was on the rise. A ballet in four acts, Wheeldon’s Swan Lake opens in the ballet studio as dancers prepare for a major opening night.  Throughout the production, Wheeldon plays with themes of fantasy, illusion and transformation, juxtaposing both time, setting and characters to reveal a new way to see this classic fairytale ballet.

Spectacular costumes, lavish sets and breathtaking movement breathe fresh life into Tchaikovsky's enchanting ballet-within-a-ballet Swan Lake. Directed by the world-renowned choreographer Christopher Wheeldon, Joffrey Ballet's production is inspired by the eerily beautiful artworks of Edgar Degas, infusing the ballet's Parisian setting with an intriguing blend of both classical and modern elements, and a touch of fantasy. Within this dreamy realm, the famous tale of young Odette's transformation into a swan at the hands of the evil Rothbart unfolds, all set to Tchaikovsky's unforgettable score.

The Auditorium Theatre of Roosevelt University, located at 50 E Congress Pkwy, is an Illinois, not-for-profit organization committed to presenting the finest in international, cultural, community and educational programming to Chicago, and to the continued restoration and preservation of the National Historic Landmark Auditorium Theatre. In August of 2014, the Auditorium Theatre was named as an inaugural Fifth Star Award Honoree by Mayor Rahm Emanuel and the Chicago Department of Cultural Affairs and Special Events.  The Auditorium Theatre is generously supported by the MacArthur Foundation, the Illinois Arts Council, the Sage Foundation, and the Palmer House Hilton. For more information about programming, volunteer and donor opportunities or theatre tours, call (312) 341-2310 or visit AuditoriumTheatre.org.
Posted by Bonnie Kenaz-Mara at 4:06 PM