Leah Aberman, a 7th-grader at Lane Tech Academic Center, plays Forgotten Future's Lauren Perry. "I am a CPS student and I had to go through the enrollment process because my school stopped at 6th grade," commented Aberman. "I just want people to recognize the stress and pressure I had to go through and see how hard people these days have to work just for education." Esmeralda (Emse) Ayvar-Perez, a sophomore at Lane Tech High School with several TV, commercial and stage credits at Chicago Dramatists and School of Rock, portrays Carolina Rodriguez. "I'm a CPS student and I go to one of the best high schools in the city," said Ayvar-Perez. "I know I'm going to graduate and go to college but I see so many kids in my Humboldt Park neighborhood give up and think they 'can't.'  We need to show them they can." 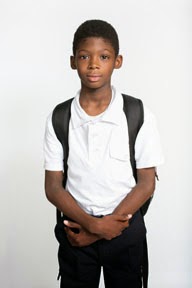 Tyrese Hall, a 6th-grader at Alain Locke Charter School on Chicago's West side, plays Issac Tate.  Asked why Forgotten Future is important to him, Hall replied "I think the show will help make a change for people to try and make the education system better and not close down more schools cause in the end that will cause more chaos."

"In telling a story about schools one must include the students," said Forgotten Future creator Sarah Moeller. "The school system doesn't exist without the children. It is there to serve them. However more and more we are leaving children behind in lieu of outside interests. When I decided to tackle this subject I knew it was crucial to include students in the storytelling as this story is for them and for our future."

In addition to being a Chicago theater artist, Moeller knows her Forgotten Future subject matter. She has been a Chicago middle school social studies and music teacher for the past 9 years, and has a master's degree in education.

More about the Forgotten Future creative team
Sarah Moeller (co-writer, co-director) is a Collaboraction company member, a Chicago-based director, deviser, producer and dramaturg, and the creative team leader for Forgotten Future: The Education Project. Moeller started at Collaboraction in spring of 2006 and went on to stage manage Sketchbooks 6, 7 and 8. At Collaboraction she project manages the Experience Design department and has production managed and produced mainstage shows since 2007. Outside of Collaboraction she is a company member at Eclipse Theatre Company where she has been the resident dramaturg since 2007 under their mission statement of "One Playwright One Season." Directing credits include Pearl Cleage's A Song for Coretta, Naomi Wallace's Fever Chart, and Dan LeFranc's 60 Miles to Silver Lake among several Sketchbook shows.

John Wilson (co-director) is a teacher, actor, scenic designer and storyteller. As a teacher, he has worked with Lifeline Theater teaching theater to 2nd and 3rd graders in Rogers Park, taught for Steppenwolf for Young Adults, and taught children on the autism spectrum with Chicago Children's Theatre's Red Kite Project. Acting credits include This is Not a Cure for Cancer (Collaboraction), El Grito del Bronx (Collaboraction/Goodman), and Our Bad Magnet (Mary Arrchie; Jeff nomination for Best Ensemble). He performs with 2nd Story, and has designed over fifty shows in Chicago as a freelance scenic designer. 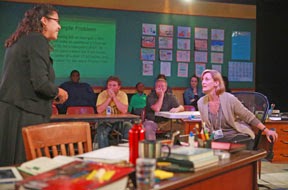 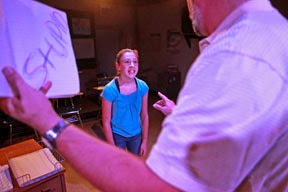 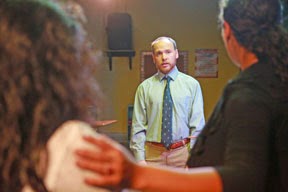 About Collaboraction
Collaboraction (collaboraction.org) celebrates its 18th year as a Chicago-based arts organization and has recently moved its theater and operation headquarters to the historic Flat Iron Arts Building, 1579 N. Milwaukee Ave., in the heart of Wicker Park. By incorporating innovative artists and interdisciplinary collaboration, Collaboraction creates groundbreaking theatrical and art-based experiences.

The overwhelming response to its 2013 world premiere Crime Scene: A Chicago Anthology was the first step in Artistic Director Anthony Moseley's new vision for Collaboraction to be used as an artistic tool to explore critical social issues in an effort to create dialogue and incite change. Crime Scene subsequently toured park district facilities in underserved Chicago neighborhoods in summer 2013 and 2014 as part of the city's Night Out in the Parks program.

Following Crime Scene, Collaboraction employed the same provocative, docudrama style to attack cancer, its treatment and the way we live with This is Not a Cure for Cancer in February 2014. With both productions, and now with Forgotten Future, Collaboraction collaborates with artists, community leaders, health professionals and citizens from throughout the city to create original theatrical experiences that push artistic boundaries and explore critical social issues with a diverse community of Chicagoans.