ChiIL Mama can't wait to see “CIRQUE SHANGHAI: WARRIORS” at the press opening this Wednesday. We'll be back shooting stills once again, for the 5th year in a row! Check back like we vote in Chi, IL... early and often for our reviews, news, giveaways and features. We're your source for photo/video filled original content on Chi, IL and beyond! 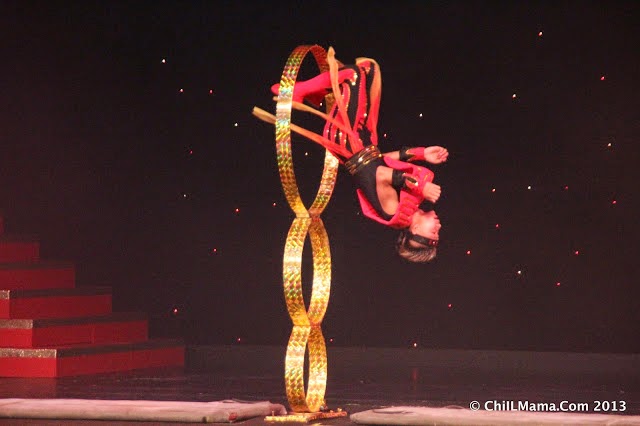 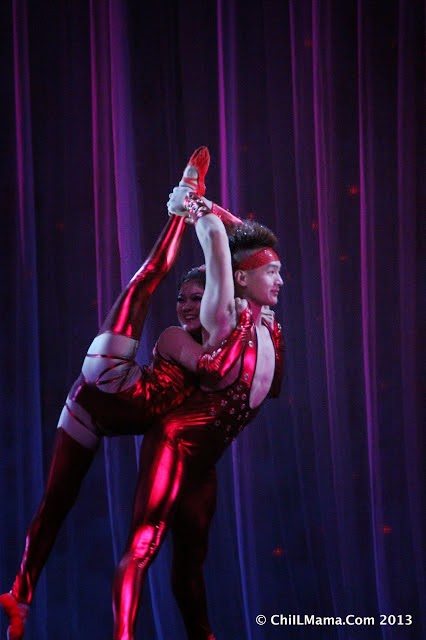 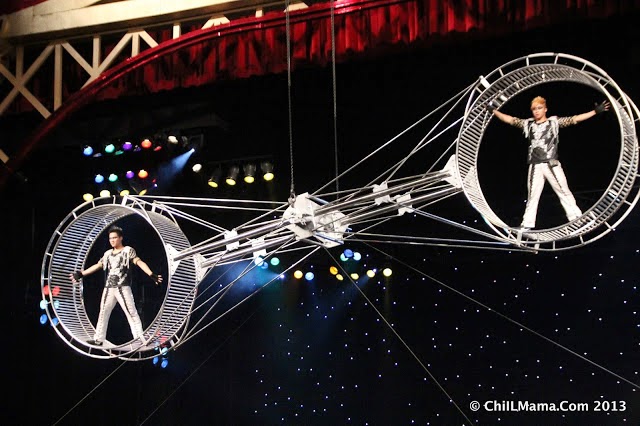 Click here to check out 4 years of our exclusive photo filled Cirque Shanghai recaps!  Then book your tickets and see them LIVE. (We've also included more of our favorite original stills from last year at the end of this post. Loads of favorite acts from last year will be back again, with a hot, new warrior twist!) 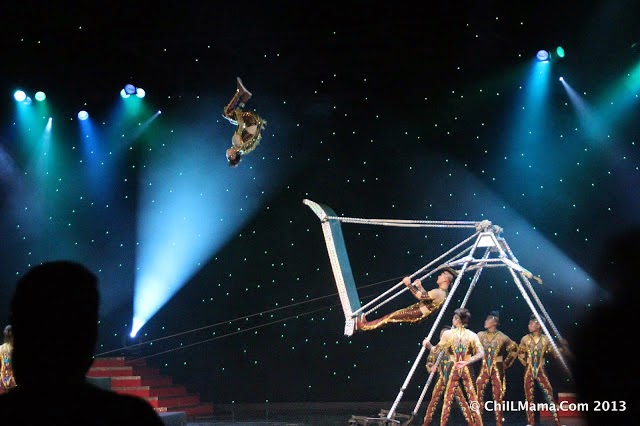 Tickets now on Sale for
“Cirque Shanghai: Warriors”
with New Acts Including
the Martial Prowess of Chinese Kung Fu
and Wu Shu Masters

Tickets are on sale NOW and will be available via Ticketmaster at 800-745-3000 or www.ticketmaster.com/shanghai.

Now in its ninth consecutive summer season at the Pepsi® Skyline Stage, this latest installment of “Cirque Shanghai” combines the impressive acrobatics audiences have enjoyed in the past with the martial prowess of Chinese Kung Fu and Wu Shu masters. The result is powerful display of athleticism and the mastery of disciplines that formed the backbone of military might in ancient China for thousands of years.

This summer’s production of “Cirque Shanghai: Warriors” brings an extraordinary line-up of thrilling acts to the stage, including The Kinetic Poles, the powerful Water Meteor and the heart-pounding Pageant of Arms. Returning to the production from last year is the fate-tempting “Wheel of Destiny,” and China’s premier daredevil steel-globe motorcycle troupe, “Imperial Thunder”.

PERFORMANCE SCHEDULE AND TICKET INFORMATION
“Cirque Shanghai” will perform May 21 – September 1. Performances will be held at 10:30 a.m. May 21 and 29. Beginning May 23 the regular performance schedule is: 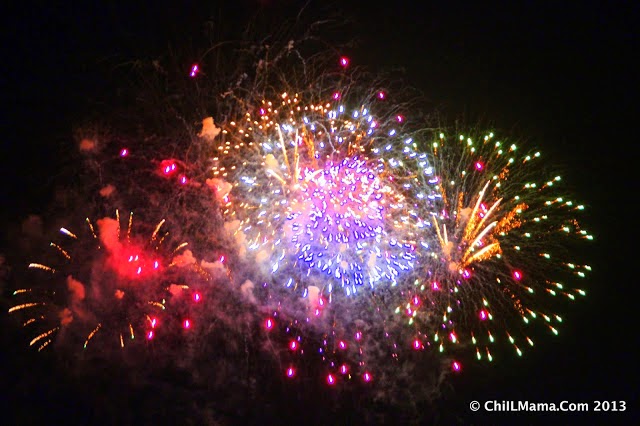 ChiIL Tips:   Go on a Wednesday or Saturday night and catch a free Navy Pier fireworks show every week!   We also recommend buying the glossy, photo filled program.   The performers will sign it after the show and it'll be a fun keepsake for the kids to reminisce over. 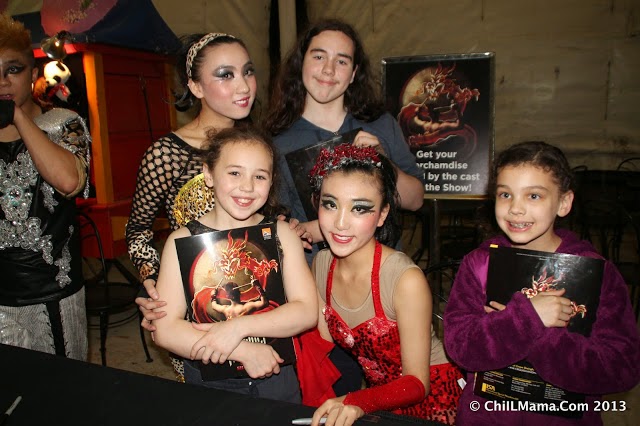 ABOUT THE CREATIVE TEAM
International Special Attractions (ISA) was established in 1996 and over the past two decades has become a world leader in the production of large scale special attractions, events and theatrical productions. In addition to presenting Cirque Shanghai, ISA was the first company to bring Chinese acrobats to Broadway.  For the past two years, ISA has presented The Ice Kingdom, a 14,000 square foot experience made entirely of ice, at the Queen Mary in Long Beach, CA.  ISA’s other ICE! attractions are mounted annually at four Gaylord Hotel locations throughout the United States, and are enjoyed by over 1 million people each year. ISA also produces Luminasia, the larger-than-life lantern attraction, which was seen last year at the Washington State Fair, and for the past four years at The Galt House Hotel in Louisville, KY.  In 2014, ISA is adding two additional Luminasia locations, one in Blackpool, England, and another in conjunction with the LA County Fair.  ISA clients have included The Walt Disney Company, Gaylord Entertainment, The Queen Mary, The New Victory Theatre in New York, Navy Pier Chicago, The Galt House Hotel, Busch Entertainment Corp and Six Flags, Inc.  Featured Television coverage has aired internationally, on networks including NBC, CBS and ABC to name but a few.

Drawing from his classical music background, Haiping Ge was one of the earliest producers serving in the Shanghai government’s Office of Cultural Exchange Affairs. From that office, he hosted many of the first Western entertainers performing in China.

For the last two decades, Haiping Ge has been producing shows with ISA for the world’s premium venues. His current productions include: Cirque Shanghai for New Victory Theatre on Broadway; ICE! Attractions in Dallas, Nashville, Orlando and Washington D.C. in association with Gaylord Resorts; Luminasia at The Galt House in Louisville, KY, USA. Haiping also produced a Chinese acrobatic show for Disney World, Florida which will run through the end of this year.

Miao Chen is a second-generation performer as well as the show’s director.  She studied with the internationally famous Shenyang Performing Arts Academy beginning at age five, and joined the acclaimed Shenyang Acrobatic Troupe, one of the top ten troupes in all of China, at age 13.  Chen is the recipient of a Gold Lion Award from the International Acrobatics Competition in France, and received the top award for Best Innovative Performance in Uruguay. Chen has performed throughout the USA, Canada, Europe and Asia. In 2006 and 2007, Chen worked as a choreographer for “Le Grand Cirque” which has toured in cities across Australia, the United Kingdom and United States. Chen previously directed hit productions of “Cirque Shanghai” in 2009, 2010 and 2011.

ABOUT NAVY PIER
Located on Lake Michigan, just east of Chicago’s downtown, Navy Pier is the most-visited tourist and leisure destination in the Midwest, welcoming nearly 9 million annual visitors.  Originally opened in 1916 as a shipping and recreation facility, it is now one of the country’s preeminent recreation and exposition facilities, showcasing 50 acres of parks, gardens, restaurants, shops, attractions, sightseeing and dining cruise boats, exhibition facilities and more. 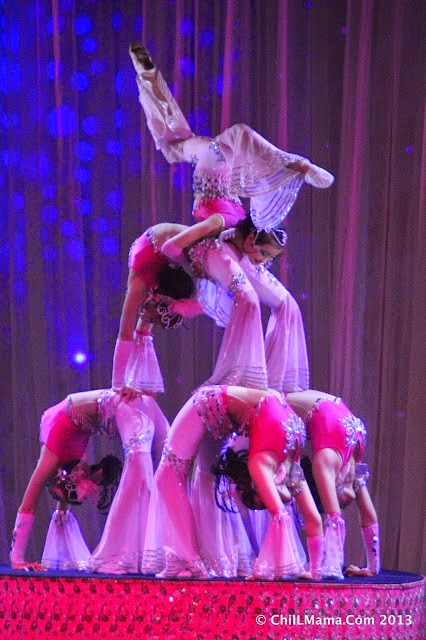 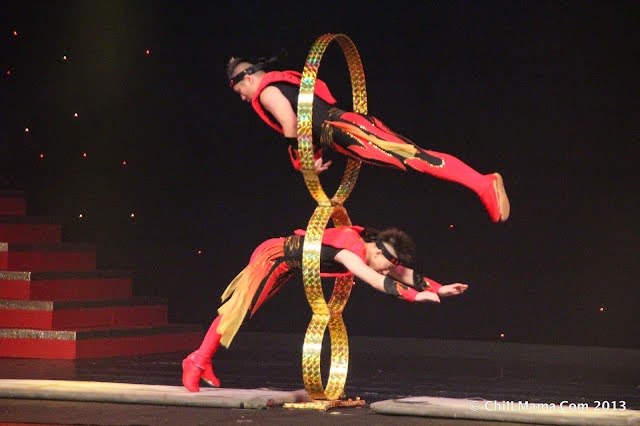 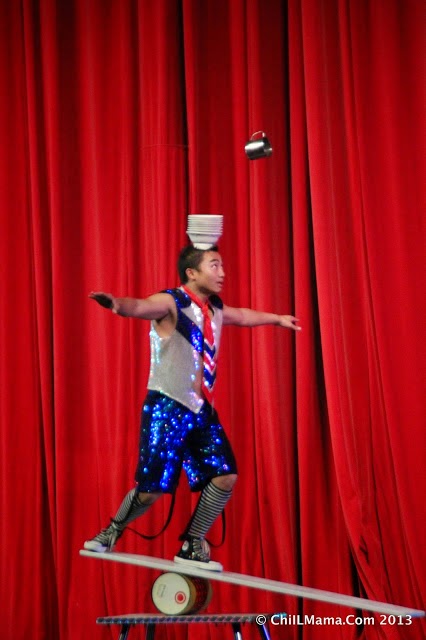 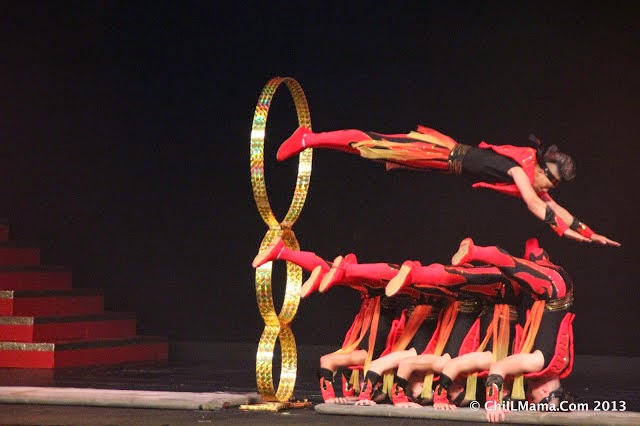 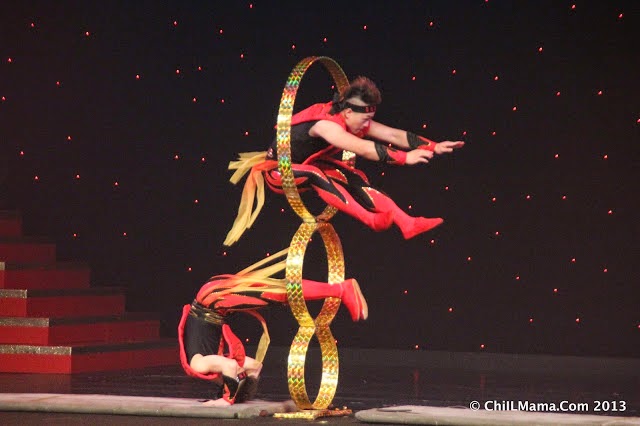 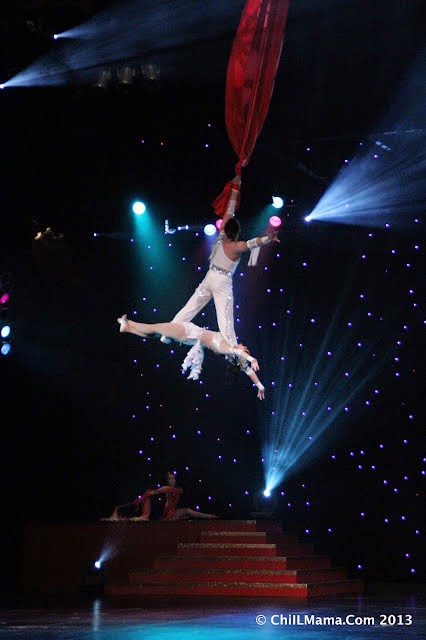 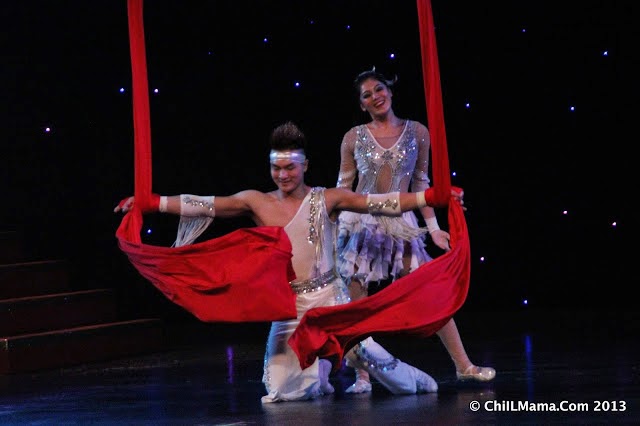 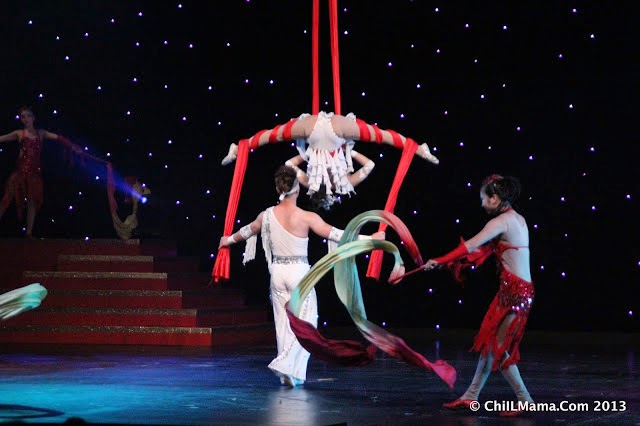 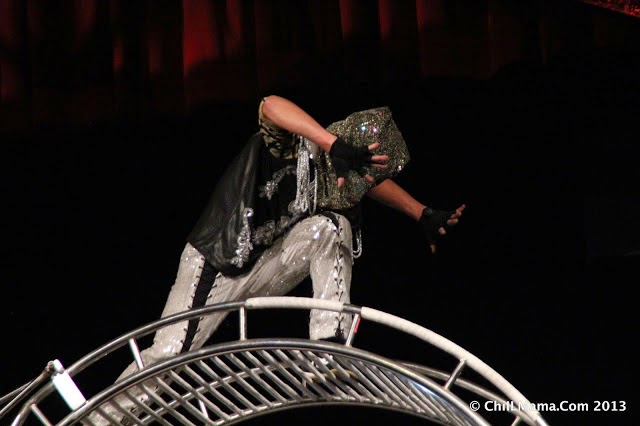 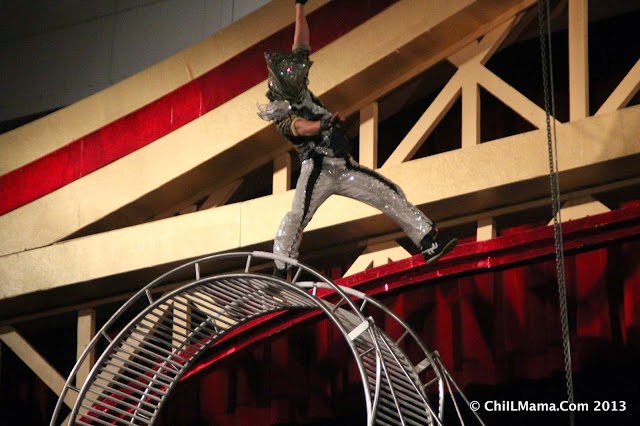 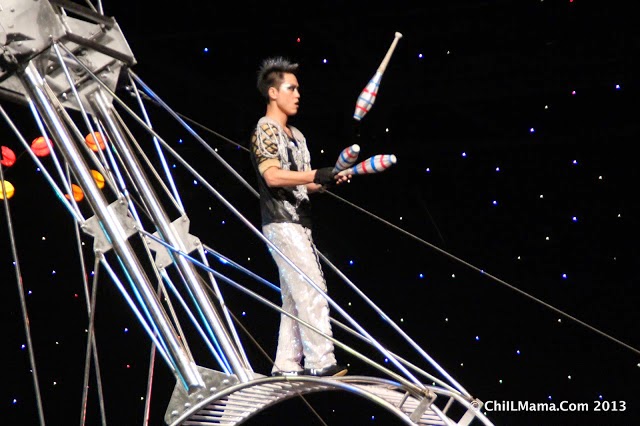 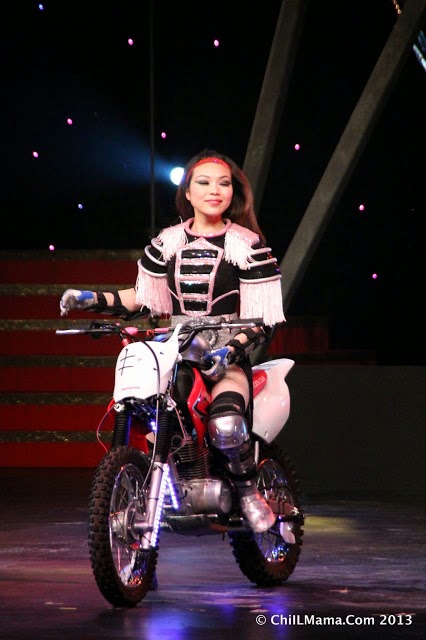 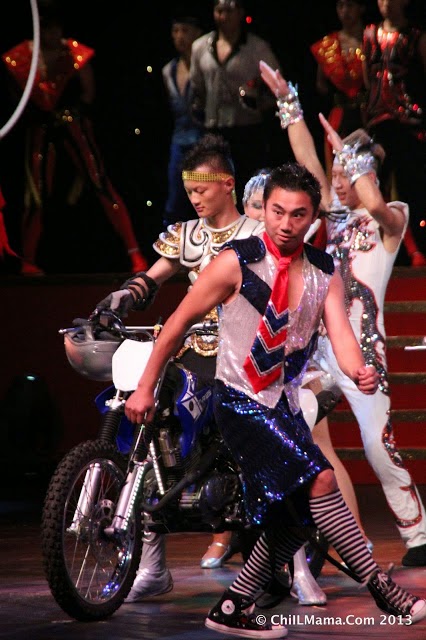