The ISAT Rebellion of 2014 #ISATOptOut

I'm proud to say my kids are getting a real life immersion in protest politics during their childhoods, with the teacher's strike last year, and now the ISAT Rebellion.  Chicago's tumultuous school system has been making headlines again, and there is so much spin and misinformation out there, it's scary. 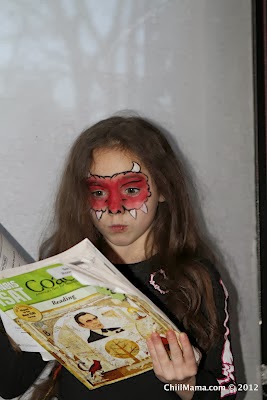 I've been particularly startled and dismayed with the ignorant, inane, teacher bashing comments of the general public chiming in on the matter in comments sections after mainstream media articles. I encourage you to watch the movie @Race to Nowhere, The Dark Side of America's Achievement Culture before you start spouting off.

Here's our personal take from the perspective of parents with two kids in CPS schools in 5th & 7th grades.

We are firm believers in teaching kids HOW to think, not indoctrinating them into WHAT to think.  Teaching to testing is hurting our kids, squelching creativity and innovative thought for rote memory of questionable value. That's why we back the teachers who are speaking up and protesting this costly, time waster of a test that counts for nothing.  Seems like a no brainer to me, but there's been a vicious backlash. The comments on the protests have gone way beyond uninformed knee-jerk reactions to classist, racist, and hateful comments regarding Chicago's school children.  As a mother of two Chicago Public School kids I'd like to set the record straight and add a bit of sanity and perspective to the fray.

Would you opt your kids out of the ISATs? We gave our kids their own free choice and have one in and one out. Our daughter's at one of the schools that staged a protest and is very down on the over standardized testing of our kids & she was more than elated to give the test a pass. Testing stresses her out to the point of tears and tantrums and she HATES and dreads them even though she still scores highly.

My son is at a different school that did send home the opt out option flyers but made it clear that was not their first choice and they would strongly prefer if the kids took it. He's always scored 99th percentile and I think he actually enjoys it... so there you go.  At his school the 7th graders do 2 ISAT tests a day, so they don't begin until next week, while the 8th through 12th are testing this week as well. 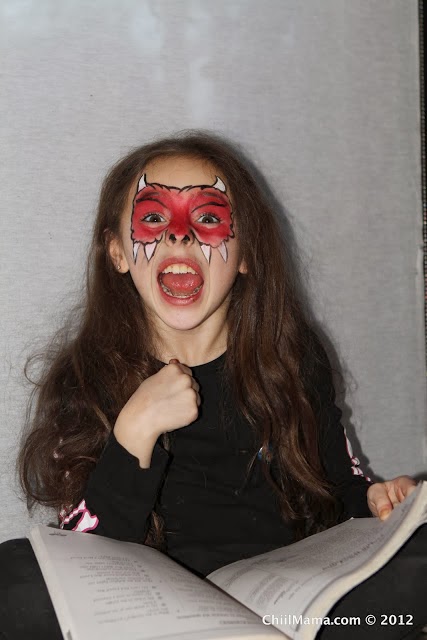 How The ISAT Rebellion is Playing Out

The latest guesstimate report, via parents in the know at my daughter's school, is that around 70 kids took the ISATs yesterday and at least 110 opted out. It's been a hot button issue with passionate, vocal parents and teachers united on both sides of the ISAT Rebellion. We had a school community meeting that drove people to tears. Change isn't easy and fighting the system is painful and tough sometimes, but that doesn't mean it isn't right, and when a system is broken it takes brave people to speak up and work for a better plan.

At the heart of the matter, I truly believe all sides want what's best for our children, there are just differences in opinion on how to quantify and achieve that, and what's of value.

After the first day of testing, things seem to be running as well as can be expected.  The state mandates that ISAT booklets be passed out to ALL kids, even the ones who have a signed opt out letter from their parents, then collected again right away.  What??!!  (Talk about a time and money waster...)  Then the opt out kids are free to do silent reading, study or draw in another room, away from the test takers.  We've read horror stories of kids being bullied and denied bathroom breaks at other schools, just for refusing the ISATs, but my daughter's greatest hardship was that the testing goes past their normal lunch time, so all the kids, testers and non alike, were very hungry by the time they were allowed to eat.

I don't think the general public chiming in on the debate realize only one ISAT test is given per day, for a few hours in the morning, over a 2 week span. Then all the kids are back in the classrooms for the bulk of the day. So comments about suspending protesting teachers and/or opted out kids for the 2 week duration of testing really isn't feasible or helpful, as they'd miss more class instruction time than testing time.

Frequently Asked ISAT Questions
by ctu communications | 03/03/2014
(These are directed at teachers, via the Chicago Teachers' Union, but we found this to be a great source of info for all.)

What's going on with the ISAT? In the past several weeks, over 2,500 parents from 69 schools have opted their children out of the ISAT, and many teachers have protested and spoken out in public against the test. The ISAT does not count for student achievement or growth, does not give timely data to inform instruction, will not be used to measure teacher performance, and will not affect school funding and performance levels. The ISAT will take away from valuable time that could be used teaching-and as such, the test is harmful, not helpful. We feel that taking a stand against the ISAT will contribute to public understanding and future resistance to harmful, high stakes, standardized tests.

What are CTU members doing? Most CTU members, while not happy with the ISAT, will administer the test as directed. However, groups of teachers from at least two schools have announced their intention to boycott the ISAT, and refuse to give the test. Along with parent resistance, this has attracted extensive media attention and put some of CPS' and ISBE's testing practices under a microscope.

Administration's main tactic will be to pressure and intimidate those teachers who are the most vulnerable-be they untenured, isolated, or scared. Teachers who are tenured, highly respected, and courageous need to stand up to this pressure-our schools don't work without you! If you stick together you will protect your coworkers and make a stand for better education.

Protest works. This spring, after years of educator complaints and watching harm done to our students, the problems of harmful testing are finally getting media attention. Thousands of parents are responding. The district has now backed off of its claims that members will be suspended and dismissed for their refusal to give the test. This proves that when we fight for educational justice alongside our parents, we will win!

What will happen to teachers who boycott? In her letter to principals on Friday, Barbara Byrd-Bennett wrote, "The teacher who has refused the assignment should be given the option of going home without pay on all testing days or supervising the students who are not taking the test." This is a significant win, because the demand to teach, not administer a meaningless test, was at the heart of the teachers' protest in the first place.

Byrd-Bennett's letter suggests that the Board may discipline teachers for what it calls insubordinate behavior. The 2012-2015 CTU contract provides for a 4-step progressive discipline process. We do not believe that your mere refusal to administer a test, when announced in advance, is grounds for severe disciplinary action, and the CTU will defend the rights of all teachers subjected to any form of discipline.

Will I lose my teaching license for participating in a boycott or making public statements against the ISAT? There is no precedent for ISBE revoking a teacher's license under these circumstances and no student rights have been undermined by the teachers' conduct. Since 1988, the Board has only revoked 16 certificates in the entire state-for felony drug offenses, cheating, and similar charges.

Will my school lose federal funding if not enough students take the ISAT? No. Your school cannot lose funding, be closed, or suffer other consequences. The worst that can happen is that, if you are a Title 1 school, you will have to implement professional development and tutoring. Because this year schools are required to have 100% of students meeting or exceeding ISAT standards, it is highly unlikely that the district will make "annual yearly progress." 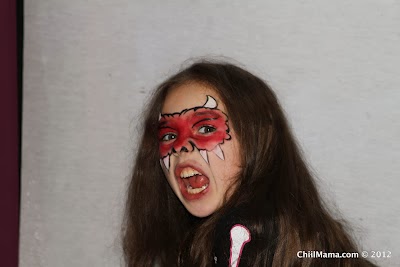