As if Barrel of Monkeys Theatre isn't already more fun than... now they've added MUSIC to the monkeys, madness & magic!!

Now that my kids are opinionated tweens I always give them free choice on what productions they'd like to review with me.  They often want to read the press releases, watch the YouTube clips and then give me a yay or nay.

When I asked if they wanted to see THAT’S WEIRD, GRANDMA: Behind the [Monkey] Music, it took them both all of a nanosecond to shriek an enthusiastic YES!!!! 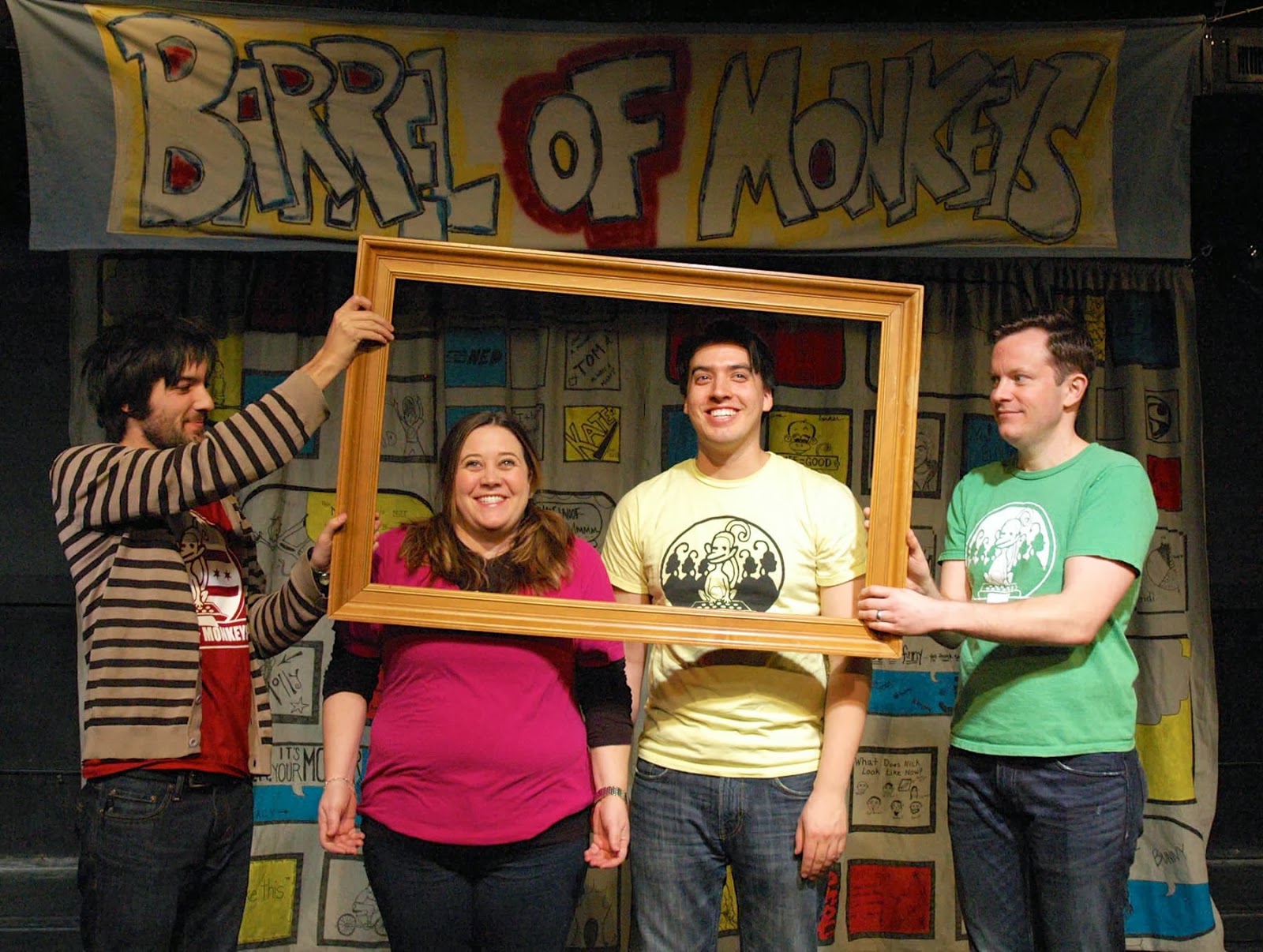 ChiIL Mama will be there tonight and we'll have a full review up shortly.  Come on out and bring your family.  And just think, it's not reeeeeeally as late as it was just last week.  Sure, it's a school night (so industry peeps who are dark on Mondays can catch the shows) but the shows are fine for all ages and you know the kids will be squirrely and awake anyway, while their internal clocks take time to reset to daylight savings. 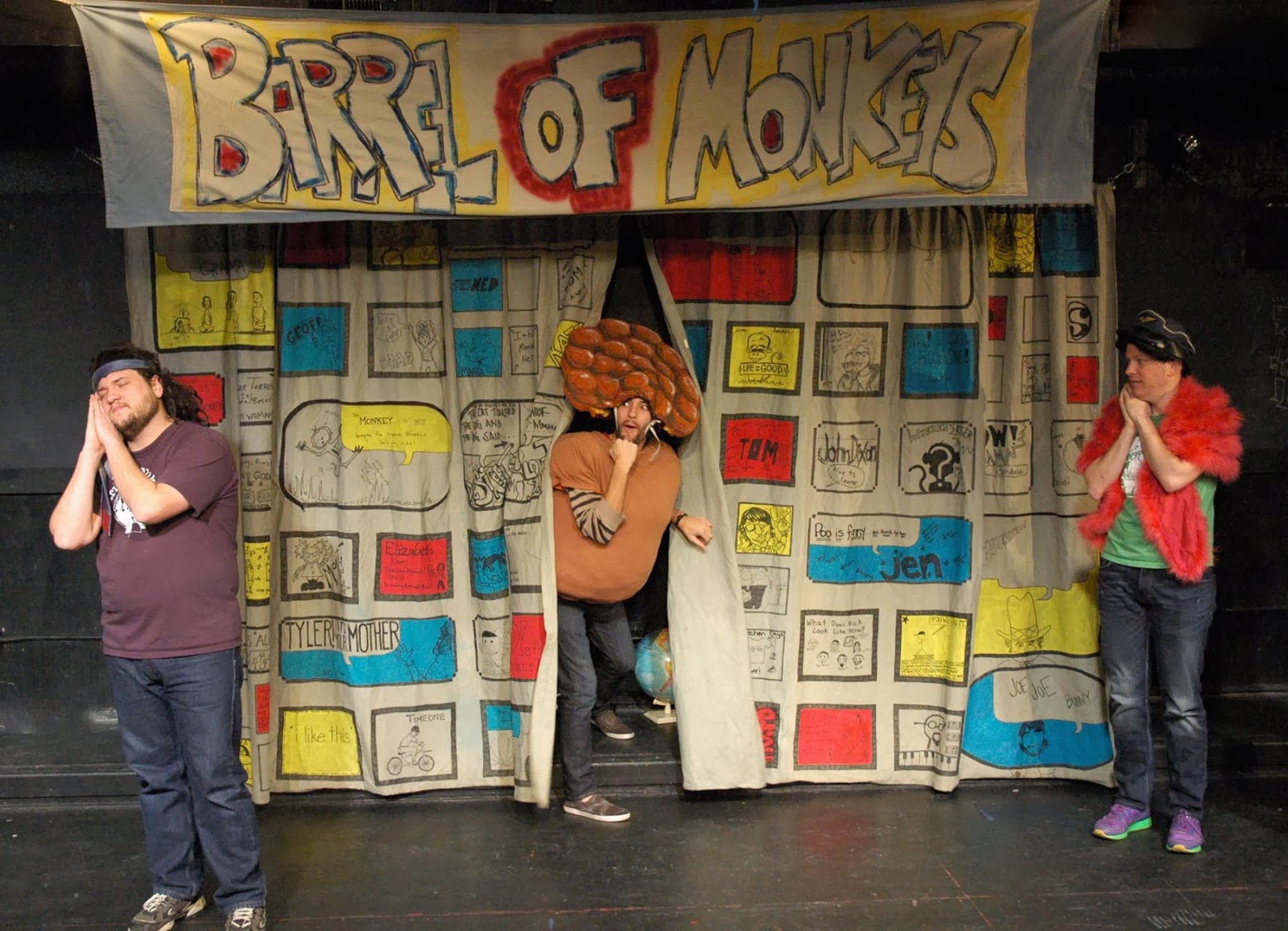 Barrel of Monkeys is pleased to present THAT’S WEIRD, GRANDMA: Behind the [Monkey] Music, an all-musical revue featuring a full evening of student stories adapted into songs by Barrel of Monkeys talented team of composers, co-directed by Artistic Director Molly Brennan, Company Member Erick Deshaun Dorris and Musical Director Gwen Tulin. This first-ever Behind the [Monkey] Music retrospective will include live interviews with composers who will discuss adaptation anecdotes and onstage antics that have become the signature delight of That's Weird, Grandma.

Barrel of Monkeys, a Chicago-based arts education theater ensemble now in its 16th season, conducts creative writing workshops with 3rd through 5th grade students in underserved Chicago Public Schools. The ensemble of actor-educators then turns their stories and words into professionally performed theater, presented both in-school and for the general public through its revues. Barrel of Monkeys annually performs more than 300 student-written stories for the students in their schools and 175 stories on the stage for the general public.

Clever and funny – touching and poignant – Barrel of Monkeys’ collection of short sketches are equally entertaining for both adults and children. The line-up changes each week by audience vote – so no two shows are ever the same. 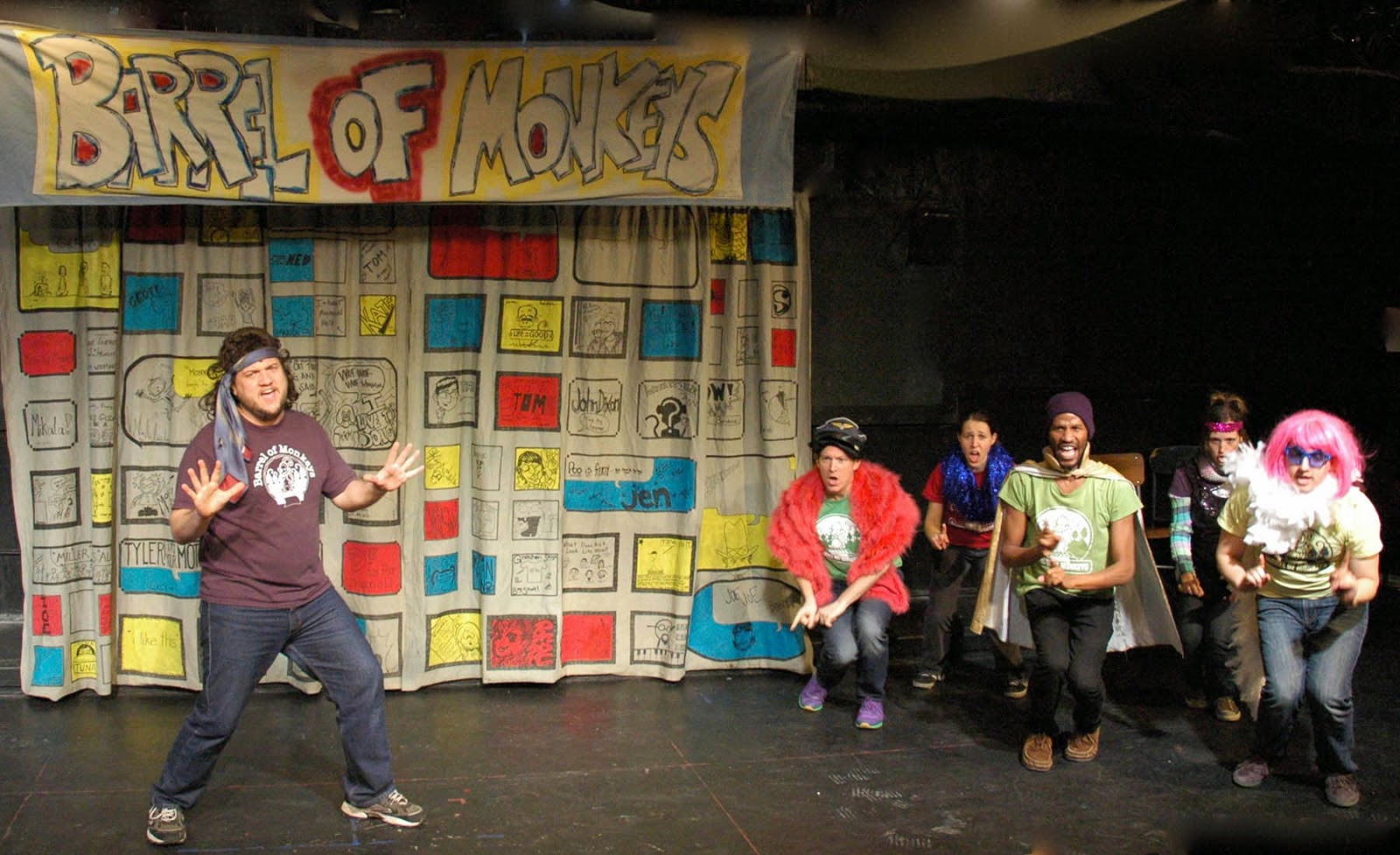 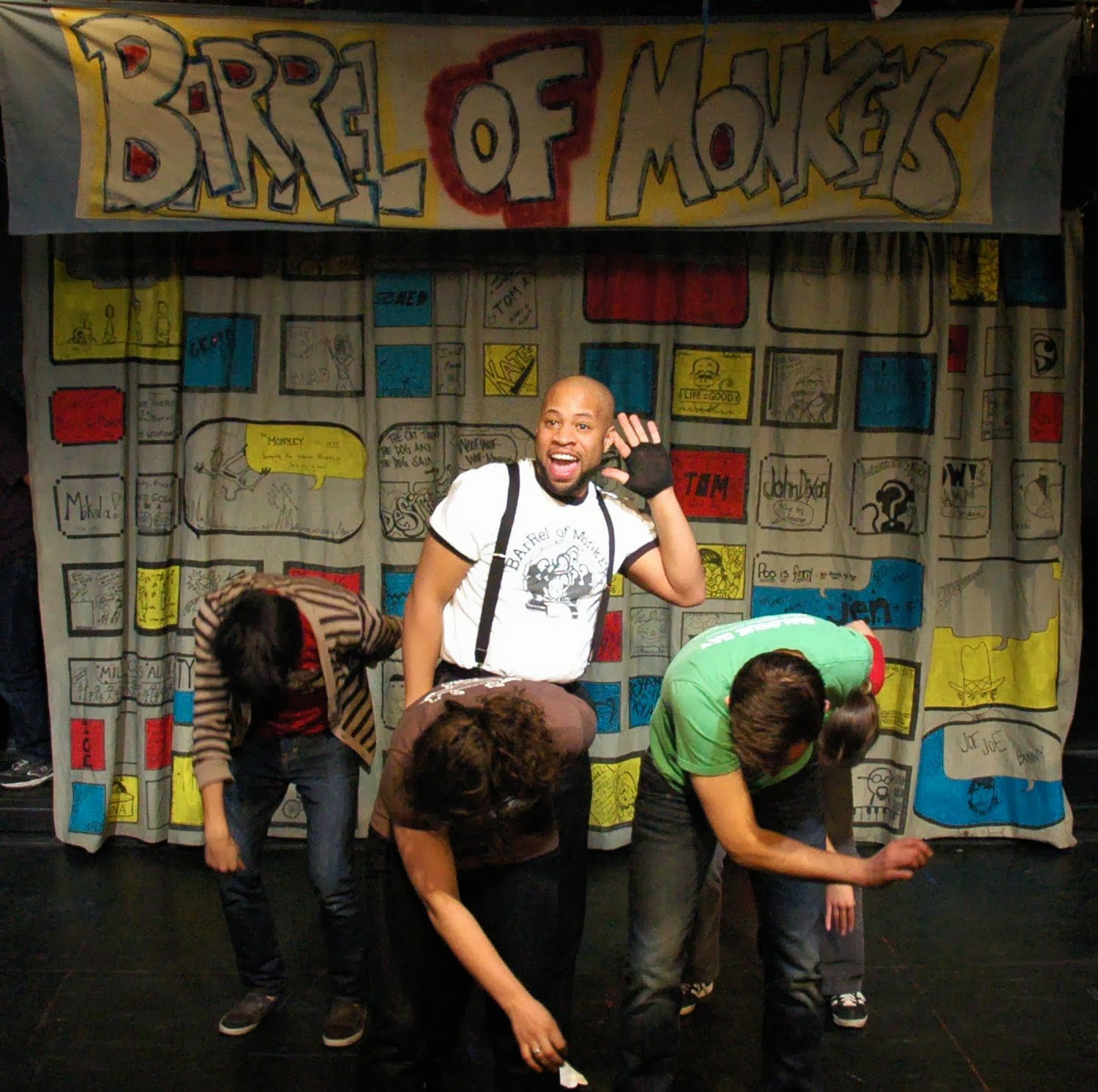 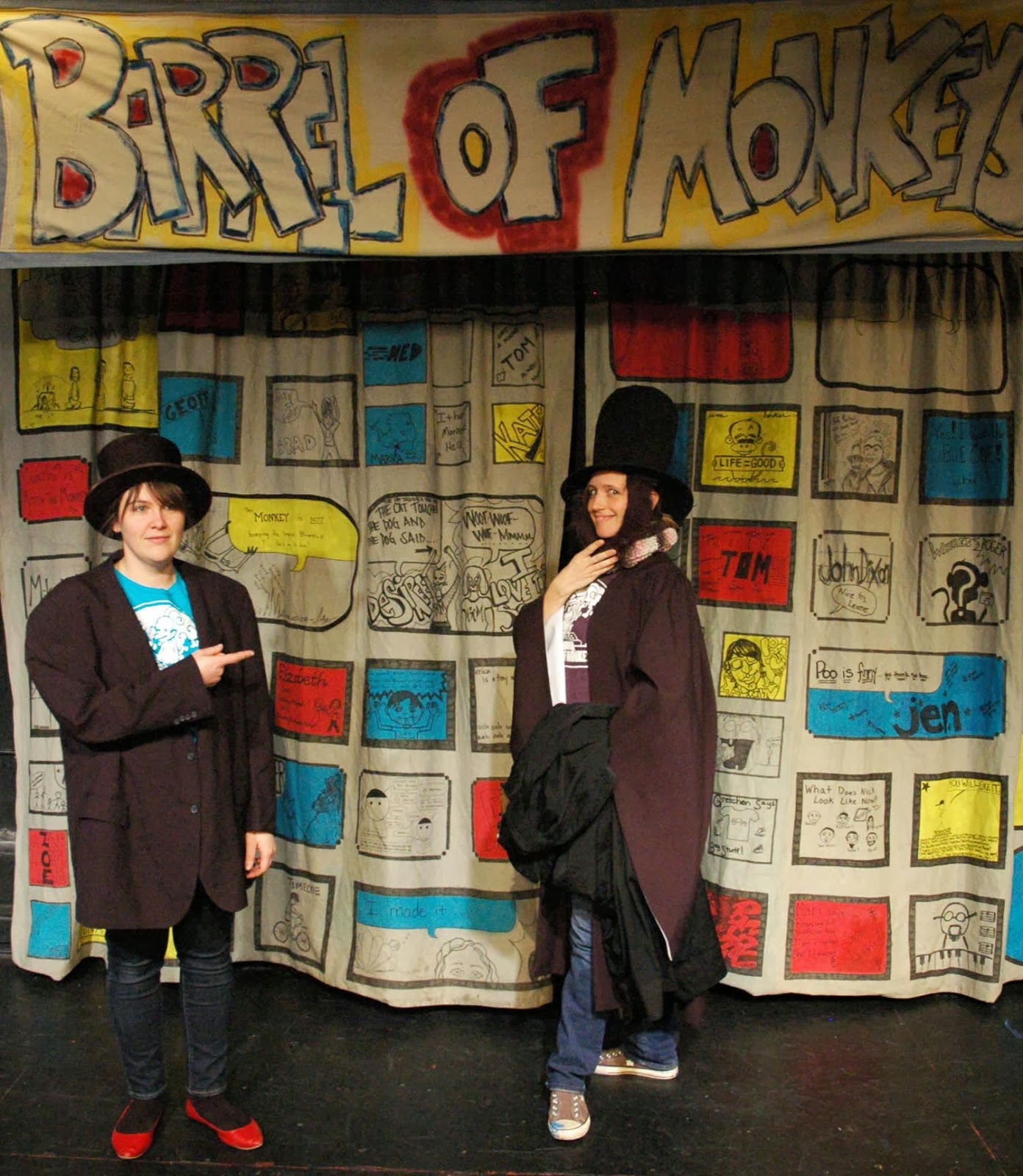 Molly Brennan, a Barrel of Monkeys company member since 1999, has held a variety of positions in the company, including actor, teacher, lead teacher, director and artistic associate. She was named Artistic Director in 2011. Brennan is also a Company Member of 500 Clown, and has performed in Chicago and toured all over the country. Her recent acting credits include: The Life and Death of Madam Barker at Red Tape Theatre, Second City’s Guide to the Opera at Lyric, Lookingglass Theatre's Peter Pan, A Play and Lookingglass Alice; and Harpo Marx in Goodman Theatre's Animal Crackers. She has also performed with About Face Theatre, Steppenwolf Theatre, The House Theatre of Chicago, Lifeline Theatre and Factory Theater.

Erick Deshaun Dorris is and artist and educator based out of Chicago. He has been a company member of Barrel of Monkeys since 2007. Erick is also the Director of Curricular Enhancements at the Academy for Urban School Leadership (AUSL), where he oversees Fine Arts and Out-of-School Time programs for a network of 28 schools.  Erick maintains an active performance schedule at cabarets, theaters and music venues across Chicagoland. He graduated from Millikin University and continued his studies at the Instituto Cultural Dominico-Americano (ICDA) and Roosevelt University.

Gwen Tulin is a theater artist, musician and arts educator who has been working in Chicago since 2006. In addition to Barrel of Monkeys, Gwen is a Music Director at Second City, manages blackbox theater venue Gorilla Tango Bucktown, and co-creates original rock musicals alongside Chicago youth with Brain Surgeon Theater. She holds a BA in Theatre Arts and Creative Writing from Brandeis University (Waltham, MA) and a Special Degree in Theatre for Social Change from the University of Kwa-Zulu Natal (Pietermaritzburg, South Africa).


Since Barrel of Monkeys’ inception in 1997 it has worked in 57 Chicago Public Schools. More than 7,000 lower-income elementary school students have participated in the Barrel of Monkeys programs that provide a rare opportunity for creative expression and build literacy skills, self-esteem and confidence in student ideas and abilities.
Posted by Bonnie Kenaz-Mara at 6:03 PM

Email ThisBlogThis!Share to TwitterShare to FacebookShare to Pinterest
Labels: barrel of monkeys, GRANDMA: Behind the [Monkey] Music, THAT’S WEIRD