ChiIL out with ChiIL Mama & ChiIL Live Shows at Monster Jam.   We've got our tickets... do YOU?!  The world’s premier monster truck series, Monster Jam®, is weighing in with more than 100,000 pounds of super-charged star power for its annual hometown appearance, Feb. 7 - 9, at the Allstate Arena in Rosemont, IL.  Be there.

**Click here for your chance to win a family 4 pack of tickets from ChiIL Mama for opening night, February 7th at 7:30pm at Allstate Arena.  Entries accepted through midnight February 4th.**

**All our readers are winners.  We've got a rockin' 30% discount on Monster Jam adult tickets for you with the code MOM1!  Click here to purchase yours.**

Discount does not apply to Front Row VIP or Gold Circle seats.  No double discounts.  Service charges, handling, and facility fees may apply.   All tickets $2 more day of show.

Five World Champions:
Among the field of 10 Monster Jam trucks competing at this year’s event will be a record-setting five World Champions, including the sport’s marquee machine, the best known monster truck of all time, Grave Digger®, driven by versatile veteran Carl Van Horn, and the Monster Jam truck many have called the fastest machine in the sport, six-time World Racing Champion Max-DSM, driven by Neil Elliot. 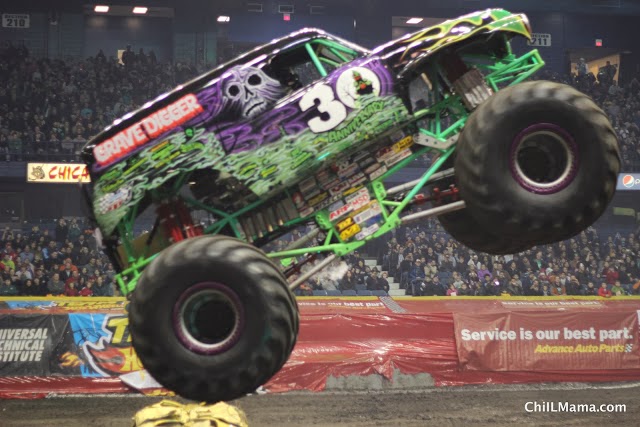 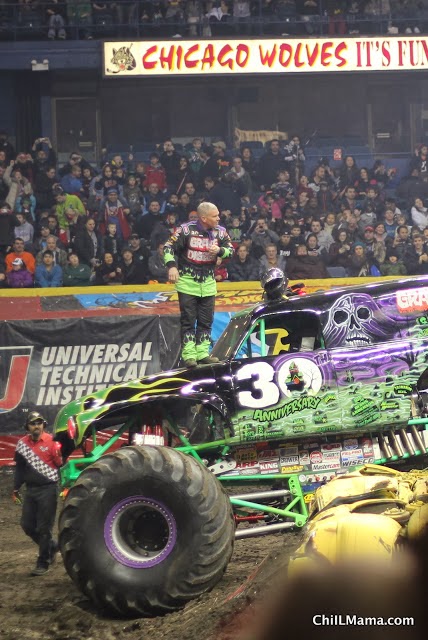 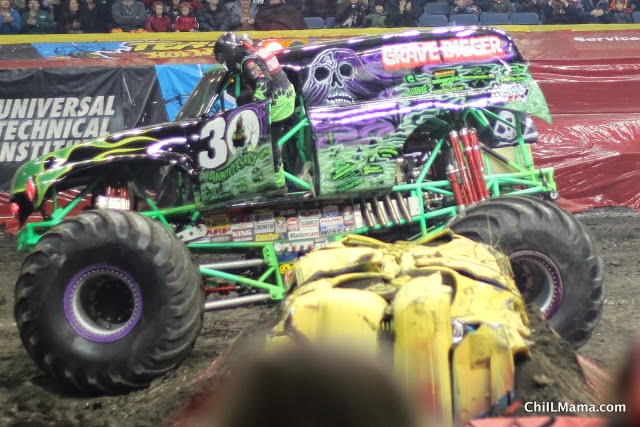 In a nod to her celebrity appeal, the “Queen of Carnage,” former WCW and WWF star Madusa, returns to Rosemont after a multi-year absence in the only truck in the history of Monster Jam to be named after its driver. Madusa, also known as the “First Lady of Monster Jam,” was the first woman ever to win a Monster Jam World Finals, claiming the World Freestyle title in 2004 and, in a rarely duplicated feat, the World Racing championship the very next year. 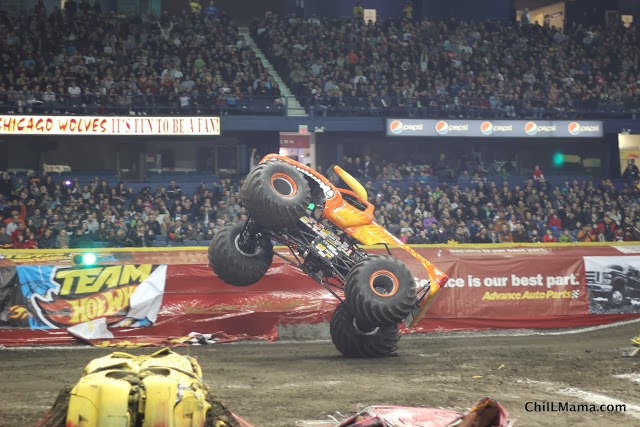 Making their Chicago-area debuts are the Spark Industries-inspired Iron ManTM, driven by Lee O’Donnell, cult favorite Metal Mulisha, driven by former off-road star and rising Monster Jam driver Todd LeDuc, and arguably the most futuristic machine ever to hit the Monster Jam circuit, New Earth AuthoritySM, a.k.a. N.E.A. Police. Unveiled just a few weeks prior to its arrival here, the chrome-plated New Earth Authority, driven by police officer Norm Miller, commands order, seeking out and destroying those who stand in the way of peace. 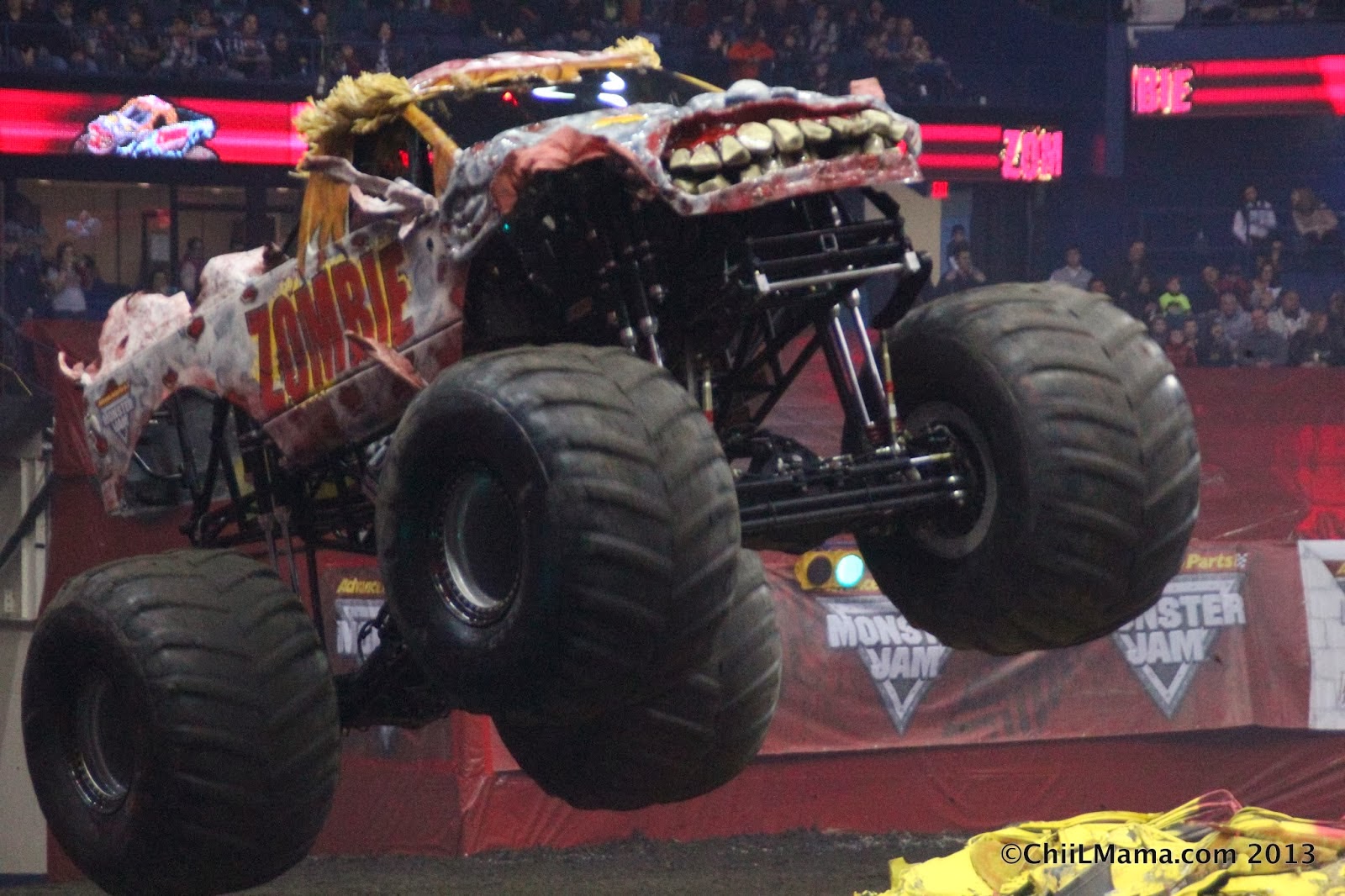 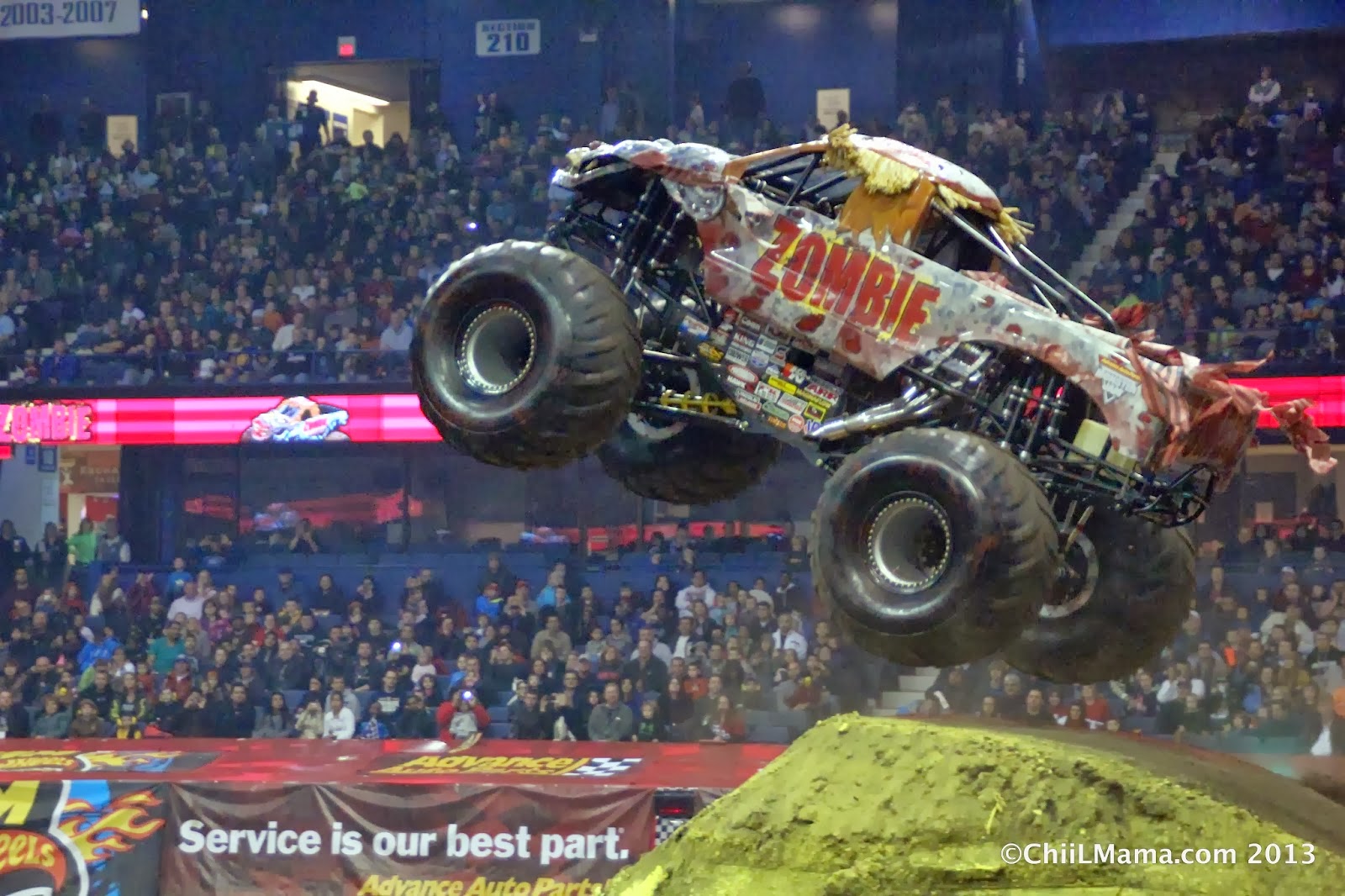 Rounding out the elite line-up are Monster Jam’s 2013 “Fans Choice,” the unmistakable and hauntingly hard-core Zombie, driven by Sean Duhon, and the aptly named Wrecking Crew, driven by Steve Koehler.
Produced by Aurora, Ill.-based Feld Motor Sports®, Monster Jam events attract more than 4 million fans annually at the most prestigious arenas and stadiums throughout the world. Monster Jam trucks are custom-designed machines that average 12 feet tall by 12 feet wide, sit atop 66-inch-tall tires and weigh a minimum of 10,000 pounds. Built for short, high-powered bursts of speed, Monster Jam trucks generate 1,500 to 2,000 horsepower and are capable of speeds of up to 100 miles per hour. They can fly up to 125 to 130 feet (a distance greater than 14 cars side by side) and up to 35 feet in the air.

Allstate Arena Monster Jam shows are scheduled for 7:30 p.m. on Friday, Feb. 7, and 2 p.m. and 7:30 p.m., Saturday, Feb. 8, and Sunday, Feb. 9. Tickets are available at the Allstate Arena Box Office, all Ticketmaster outlets, online at www.ticketmaster.com, and by phone at (800) 745-3000. There are a limited number of premium-priced Gold Circle and VIP seats available for every show. All opening night tickets, with the exception of Gold Circle and VIP, are $12.
Two pre-show pit parties – 11 a.m. to 1 p.m., Saturday, Feb. 8, and Sunday, Feb. 9 –afford fans (with a pit pass and 2 p.m. show ticket) the chance to see their favorite Monster Jam trucks up close, meet drivers, take pictures and get autographs. Pit passes are available for $10 at all Ticketmaster locations, while supplies last.
For additional information, visit www.MonsterJam.com. Fans can also follow Monster Jam on Facebook, Twitter, and www.instagram.com/MonsterJamLive, or subscribe to the Monster Jam YouTube channel atwww.youtube.com/MonsterJamLive.
Posted by Bonnie Kenaz-Mara at 10:10 AM