ACT OUT OPENING: Phantom of the Opera at Cadillac Palace #BroadwayInChicago 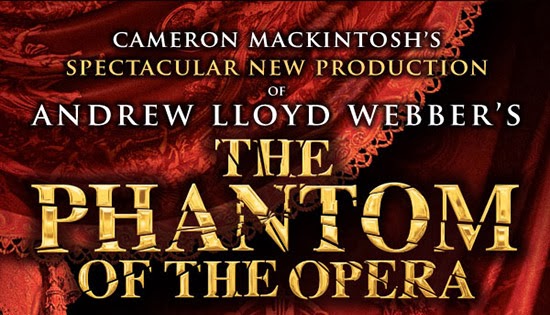 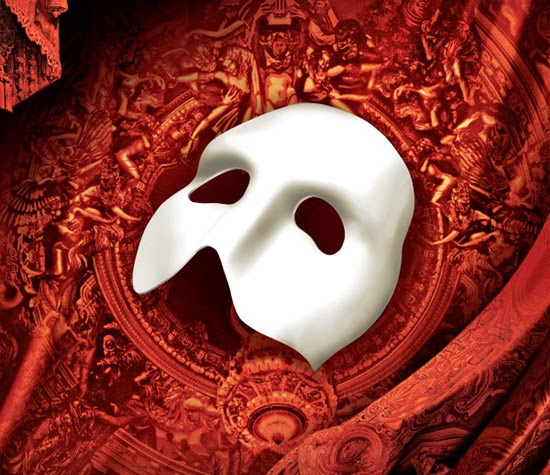 THE PHANTOM OF THE OPERA

IN A SPECTACULAR NEW PRODUCTION BY
CAMERON MACKINTOSH

Broadway In Chicago, Cameron Mackintosh and Andrew Lloyd Webber’s Really Useful Group are delighted to announce the opening of the spectacular new production of Andrew Lloyd Webber’s THE PHANTOM OF THE OPERA. With newly reinvented staging and stunning scenic design, this new version of PHANTOM, the most successful musical of all-time, will be performed by a cast and orchestra of 52, making this one of the largest productions on tour in North America.  THE PHANTOM OF THE OPERA will play Chicago’s Cadillac Palace Theatre (151 W Randolph) January 9, 2014 through March 2, 2014.

Mark Campbell has been seen across the country in the National Tours of Mamma Mia! and Guys & Dolls. His regional credits include The Old Globe, Cape May Stage, Virginia Stage Company and Arkansas Rep.  Julia Udine makes her touring debut with PHANTOM. Regionally, she starred as Maria in West Side Story and appeared on “Law and Order SVU.” Chicago native, Ben Jacoby has performed at the Marriott Theatre, Milwaukee Rep, Maine State Music Theatre and the Utah Shakespeare Festival.  Jacquelynne Fontaine’s stage and opera credits include The Student Prince (Kathie, Pittsburgh CLO), A Little Night Music (Charlotte, Indiana Rep), La Traviata (Violetta) and was Miss California 2006.  Craig Bennett’s Broadway credits include A Tale of Two Cities, South Pacific and Miss Saigon. Edward Staudenmayer’s Broadway credits include Wonderland, Martin Short: Fame Becomes Me and Beauty and the Beast (1st National Tour).

For more information on the production, please visit www.ThePhantomOfTheOpera.com. 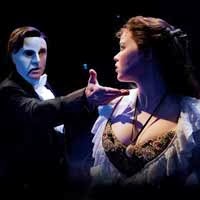 Andrew Lloyd Webber said, “It’s wonderful to have a new production of PHANTOM touring America in the same year that the show celebrates 25 years on Broadway.  Director Laurence Connor has done an amazing job and this production has received huge critical acclaim in the UK.”

Cameron Mackintosh said, ''After a glorious celebration of 25 phenomenal years on Broadway with no end in sight, I'm delighted to be able to bring this dazzling new production of PHANTOM -- which has been phenomenally well-received by both audiences and critics in the U.K this past year  -- to North America.  With an exciting new design and staging, retaining Maria Björnson’s amazing costumes, I am confident North American audiences will fall in love with the PHANTOM in his new guise -- for the first time or all over again.”

“An intense and spectacular new production with a stunning new design,
fresh drama and added momentum.”

“Cameron Mackintosh’s flawless new PHANTOM is the best production of this musical ever.”

“Take a deep breath and prepare to be dazzled; this kind
of gorgeous escapism is exactly what audiences need.”

This new production of THE PHANTOM OF THE OPERA is directed by Laurence Connor (the 25th Anniversary production of Les Misérables coming to Broadway March 2014, Jesus Christ Superstar) with choreography by Scott Ambler, set design by Paul Brown, Tony Award-winning original costume design by Maria Björnson, lighting design by Tony Award winner Paule Constable, sound design by Mick Potter and musical supervision by John Rigby. The production is overseen by Matthew Bourne and Cameron Mackintosh.  THE PHANTOM OF THE OPERA has music by Andrew Lloyd Webber; lyrics are by Charles Hart (with additional lyrics by Richard Stilgoe) and the book is by Richard Stilgoe and Andrew Lloyd Webber.  Orchestrations are by David Cullen and Andrew Lloyd Webber.

Since its debut, THE PHANTOM OF THE OPERA has grossed over $5.6 billion worldwide, with over 65,000 performances that have been seen by 130 million people in 29 countries and 150 cities in 13 languages. The show has won more than 70 major theater awards.

The new touring production of THE PHANTOM OF THE OPERA will be the first to tour the U.S. in three years.   There have been three previous U.S. National Tours that grossed over $1.5 billion in combined box office sales and played 216 engagements in 77 cities for an unprecedented total of 36 years and over 14,500 performances to 31 million people.

Based on the classic novel Le Fantôme de L’Opéra by Gaston Leroux, THE PHANTOM OF THE OPERA tells the story of a masked figure who lurks beneath the catacombs of the Paris Opera House, exercising a reign of terror over all who inhabit it.  He falls madly in love with an innocent young soprano, Christine, and devotes himself to creating a new star by nurturing her extraordinary talents and by employing all of the devious methods at his command.

EXTENDED DUE TO EARLY INTEREST & POPULAR DEMAND!
Posted by Bonnie Kenaz-Mara at 8:37 AM