ACT OUT FAMILY FRIENDLY: OPENING Rose and the Rime at House Theatre (ages 6+)

THE HOUSE THEATRE OF CHICAGO RETURNS TO MODERN MYTH-MAKING WITH ROSE AND THE RIME
AT THE CHOPIN THEATRE, JANUARY 17 – MARCH 9

**Although designed for adults, Rose and the Rime is suitable for kids six and up.**
The run time is 85 minutes with no intermission--so make sure your kids can handle it, if you're considering bringing the littles.

The House Theatre has long been a top favorite of ours here at ChiIL Mama and ChiIL Live Shows.   We can't wait to see their latest original play, The Rose and the Rime!   Last month we saw The phenomenal House Nutcracker for the 3rd or 4th time, and the kids still begged to see it yet again.   It's become a beloved annual tradition.   Before that, our whole family thoroughly enjoyed The Crownless King.   We'd been eagerly waiting a YEAR for The Stag King sequel.   And of course the incomparable Dennis Watkins' magic has no equal.   We've been raving about his Death and Harry Houdini, The Magnificents and Magic Parlour shows for years.

Click here for some of our past House Theatre related coverage including video interviews, reviews, and photo filled features.   Then don't take our word for it.   Buy your tickets before they sell out and GO already.   We'll be there this Sunday for the press opening and will have a full review up shortly. 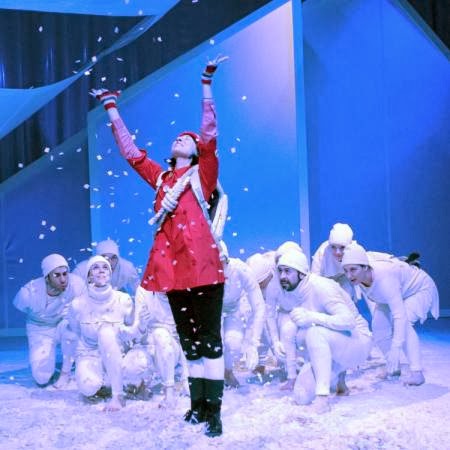 The Rose and the Rime Schedule
Previews begin Friday, Jan. 17 through Saturday, Jan. 25 and play on Thursdays, Fridays and Saturdays at 8 p.m. and Sundays at 7 p.m.  Regular performances are Thursdays, Fridays and Saturdays at 8 p.m. and Saturday and Sunday matinees at 3 p.m.
Preview tickets are $15, Regular Run tickets range from $20 to $40 and $10 Student and Industry Same-Day discounted tickets are available for all dates, seats permitting. For more information and to purchase tickets, please visit www.thehousetheatre.com or call 773.769.3832.

“…This whole intensely creative show—which deals with a plucky young girl who stares down an evil witch, only to confront the ambivalence of power—is relentlessly optimistic. That’s one of the great pleasures of The House.” – Chicago Tribune

ROSE AND THE RIME will transfer to The Adrienne Arsht Center for the Performing Arts of Miami-Dade County starting April 23, 2014 for a five-week run, in a continuing partnership between Arsht and The House.

The multi-talented ensemble of The House Theatre of Chicago utilizes their signature style that blends music, swirling acrobatic dance, spectacle, and stage craft to spin the cautionary tale of their favorite myth, Rose and the Rime. Set in Radio Falls, “a little town by a big lake," young Rose (played by Company Member Paige Collins) must risk her life to rescue a magic coin from the icy clutches of the Rime Witch (played by Ericka Ratcliff), her only hope in saving her friends and family from the spell that keeps them frozen in perpetual winter. When the coin is returned, the freezing spell is lifted, and for a moment, Radio Falls appears rescued from their icy fate. But the coin's power inspires bigger dreams, and greed creeps slowly into the thawed Townsfolk. Rose must finally fight to keep the coin from falling into the wrong hands. But can she bear the power herself? Originally developed at Hope College in 2008, Rose and the Rime won the honor of playing the Kennedy Center as Best Original Work in the KCACTF festival. Re-staged by The House in 2009, Rose and the Rime tackles big themes considered central to many of the stories told at The House.

ABOUT THE ARTISTS ROSE AND THE RIME is written by Nathan Allen, Chris Mathews and Jake Minton, and directed by Nathan Allen. Tommy Rapley leads the ensemble in the dance-like movement as Choreographer, and Kevin O'Donnell lends the score. Company Members Michael E Smith and Joey Steakley return to their roles as Uncle Roger and Charlie, respectively. Company Member Paige Collins (The Nutcracker, The Crownless King) will take on the title role as Rose, and Company Member Christine Mayland Perkins also appears in the ensemble. Last seen in 2007's The Nutcracker, Equity actress Ericka Ratcliff returns to The House in the title role of the Rime Witch, complete with wire work and new original songs to make Rose's encounter with the Witch particularly spellbinding and heartbreaking.

Company Member Collette Pollard designs a new space for this re-imagined production, creating a darker, more isolated world for each resident of Radio Falls, where tiny homes stand in solitary snow storms day after day. With seating on three sides of the stage, the audience is a part of the snowy world.  Company Member Melissa Torchia bundles the cast up for the icy weather, in an urban Midwestern palate. Company Member Lee Keenan designs lights that transport us from Rose's dreamy, childhood visions, to the harsh realities of life in a broken town. Jeff Award-winning composer and Company Member Kevin O’Donnell shares a score influenced by doo-wop, harkening to the show's Michigan roots. Company Member Joshua Horvath completes the team as sound designer. 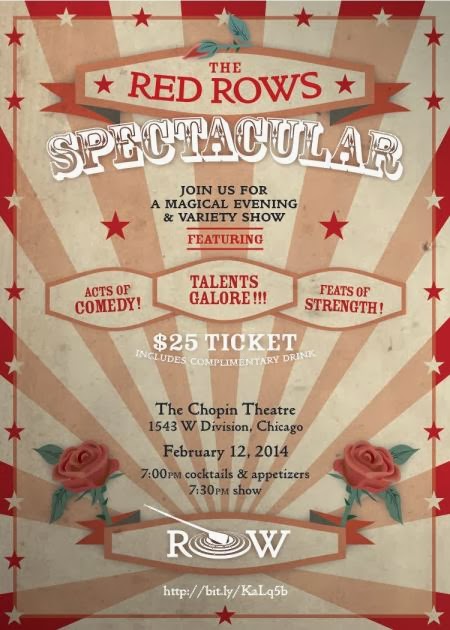 ABOUT THE HOUSE THEATRE OF CHICAGO  The House is Chicago's premier home for original works of physical and spectacle storytelling. Founded and led by Artistic Director Nathan Allen and driven by an interdisciplinary ensemble of Chicago’s next generation of great storytellers, The House aims to become a laboratory and platform for the evolution of the American theatre as an inclusive and popular artform. The House was founded in 2001 by a group of friends to explore connections between Community and Storytelling through a unique theatrical experience. Since becoming eligible in 2004, The House has been nominated for 60 Joseph Jefferson Awards (19 wins) and became the first recipient of Broadway in Chicago’s Emerging Theater Award in 2007. Now in its 12th year of original work, The House continues its mission to unite Chicago in the spirit of Community through amazing feats of Storytelling.
Posted by Bonnie Kenaz-Mara at 11:50 AM

Email ThisBlogThis!Share to TwitterShare to FacebookShare to Pinterest
Labels: act out, family friendly theatre, opening, Rose and the Rime, the house theatre