Win 4 Tickets To Leave it to Ludwig #giveaway

ChiIL out with 4 free tickets from ChiIL Mama and Chicago Shakespeare (ideal for ages 4+).

*Thanks to Chicago Shakespeare Theatre for donating the tickets for our giveaway.

ChiIL Mama is an ardent supporter of theatre and Chicago Shakespeare Theater is one of Chi-town's best.  We gave away tickets and covered the CST/CCM collaboration, Witches, Wizards, Spells and Elves: The Magic of Shakespeare last year and were quite impressed.   The same composer, Bruce Adolphe, is back again this year with a production that's sure to delight.   Introduce your kids to culture in an entertaining way that's fun for all ages.

Chicago Shakespeare Theater (CST) collaborates with The Chicago Chamber Musicians (CCM) for the 11th annual family concert, presenting the Chicago premiere of Leave it to Ludwig by Bruce Adolphe, Saturday, January 19 and Sunday, January 20, 2013 at 10 and 11:30 a.m. at Chicago Shakespeare Theater on Navy Pier. The one-hour concert will introduce families and children ages four and up to the joys of live performance, featuring music performed by CCM ensemble members.
Leave it to Ludwig premiered at the Chamber Music Society of Lincoln Center in 2010 and comes to Chicago Shakespeare Theater this January for its Chicago premiere. Leave it to Ludwig tells the tale of Ludwig van Beethoven, who magically appears to help a young pianist master the composer’s music, while excerpts from some of his most beloved works are performed by CCM ensemble members. Composer Bruce Adolphe will portray the title character and Northwestern University Associate Professor of Piano James F. Giles will play the young pianist.


Chicago Shakespeare’s previous work with Adolphe includes Witches, Wizards, Spells and Elves: The Magic of Shakespeare, which was co-commissioned by CST and CCM in 2002 for the annual family series programming.

CCM previously featured Adolphe in their Composer Perspectives series in 2006 and collaborated with the composer for Tyrannosaurus Sue: A Cretaceous Concerto, part of CCM’s Family Concert at the time of the dinosaur’s unveiling at the Field Museum in 2000.

CCM Ensemble members Joseph Genualdi, violin and Rami Solomonow, viola will perform at the January concerts, along with guest artists Mathias Tacke, violin; Cheng-Hou Lee, cello; and James F. Giles, piano. Between concerts each day, interactive exhibits staged in the CST lobby will give children a chance to explore the instruments used in the concert. Musicians will be available for autographs and young performers will demonstrate their craft and answer questions about the featured instruments.

Performances of Leave it to Ludwig run Saturday, January 19 and Sunday, January 20, 2013 in CST’s Courtyard Theater at 10 a.m. and 11:30 a.m. each day. All patrons receive a 40% discount on guaranteed parking in Navy Pier garages. For more information or to purchase tickets, contact Chicago Shakespeare Theater’s Box Office at 312.595.5600 or visit the Theater’s website at www.chicagoshakes.com.

About The Chicago Chamber Musicians
Founded in 1986, The Chicago Chamber Musicians are currently celebrating their 26th season as a society of musicians and music devotees committed to building an internationally recognized chamber music institution in Chicago. Since its inception, CCM has launched a critically and popularly-acclaimed subscription series; an award-winning annual series of contemporary chamber music; a touring program; the annual Family Concerts; and a remarkable set of community service programs. A staunch advocate for new music, CCM has commissioned 17 works, and has received two ASCAP-Chamber Music America Awards for Adventurous Programming. CCM’s recordings include previously unrecorded works from composers such as John Harbison, David Diamond and Bruce Adolphe, as well as works from the chamber canon including the GRAMMY-finalist Chamber Works for Winds and Strings by Mozart. In 2011, CCM launched encoreCCM (encoreCCM.org), an online archive of CCM recordings and program notes, free to the public. Among CCM’s numerous awards are the 2006 ABBY Award for Arts Management Excellence and the 2007 Chamber Ensemble of the Year Award from the Illinois Council of Orchestras. Annually, CCM shares the joy of chamber music with more than 300,000 radio listeners, audience members and students throughout Chicago.

CCM is supported in part by the National Endowment for the Arts, the Illinois Arts Council, a CityArts grant from the City of Chicago Department of Cultural Affairs and Special Events, The MacArthur Fund for Arts and Culture at Prince, the Julius N. Frankel Foundation, the Daniel F. and Ada L. Rice Foundation and Bentley-Forbes.

About Target
Target is the presenting sponsor of CCM's 18th annual Family Concert. Minneapolis-based Target Corporation (NYSE:TGT) serves guests at 1,782 stores across the United States and at Target.com. The company plans to open its first stores in Canada in 2013. Since 1946, Target has given 5 percent of its profit through community grants and programs; today, that giving equals more than $4 million a week. For more information about Target’s commitment to corporate responsibility, visit Target.com/hereforgood. 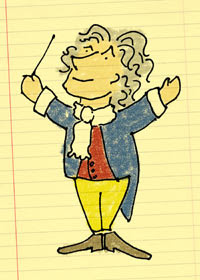