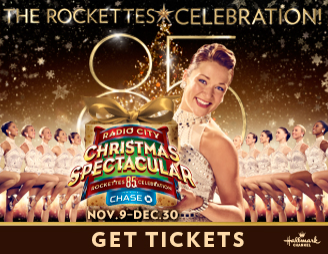 ChiIL Mama will be rockin' out with The Rockettes tonight at Akoo Theatre in Rosemont!   I've never seen a legendary Radio City Christmas Spectacular and another Mama friend and I are dressing up and taking our sons.   We're all looking forward to the spectacle!   Click the link above for loads of sneak peek videos, tickets, show dates and more.   We've been promoting this one since the first pre sales back in the summer. 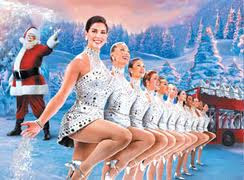 Here are some facts and interesting tidbits from their site:


WHAT IS THE RADIO CITY CHRISTMAS SPECTACULAR?

This extraordinary Christmas show, which debuted in 1933, stars the Radio City Rockettes, a cast and crew of hundreds and magnificent special effects. The Radio City Christmas Spectacular is an unparalleled Christmas show with universal appeal that lifts the spirit and creates memories including such highlights as “Parade of the Wooden Soldier” and “Christmas in New York.”

WHO ARE THE RADIO CITY ROCKETTES?

The Radio City Rockettes are the world’s most famous precision dance company. Widely known as one of New York City’s most illustrious and beloved icons, they are legendary for their precision dance and eye-high kicks.
The Rockettes are the stars of the Radio City Christmas Spectacular – a show that is seen by more than 2 million people annually and has played in more than 60 cities across North America. From appearances on “Dancing with the Stars,” the Tony Awards, and Super Bowl Halftime Shows to Presidential Inaugurations and co-starring roles in commercials for celebrated product launches such as Diet Coke, the Radio City Rockettes are above anything else – stars.

WHAT CITIES WILL THIS YEAR'S RADIO CITY CHRISTMAS SPECTACULAR NATIONAL TOUR BE VISITING?

WHAT AGE GROUP IS APPROPRIATE FOR THE RADIO CITY CHRISTMAS SPECTACULAR?

The show is designed to dazzle audiences of all ages ranging from the youngest of children to the most loyal seasoned patrons. Countless guests return year after year often handing down the holiday tradition to younger generations.

DO I NEED A TICKET FOR MY YOUNG CHILD?

HOW LONG IS THE RADIO CITY CHRISTMAS SPECTACULAR? IS THERE AN INTERMISSION?

The running time for each show is 2 hours long with a 15 minute intermission. Performances will begin promptly at their scheduled start time. Should you arrive after the start time of your performance, you will be asked to wait until an appropriate interval in the show to be seated so as not to disrupt other seated guests or the performers.

IS THERE A DRESS CODE?

Unless otherwise noted, each theatre where the Christmas Spectacular performs do not have a formal dress code. However, we do ask that you use your best personal judgment when dressing for an event, and encourage you to bring out your festive holiday gear to get you in the spirit!

Performances will begin promptly at their scheduled start time. Should you arrive after the start time of your performance, you will be asked to wait until an appropriate interval in the show to be seated so as not to disrupt other seated guests or the performers.

HOW MANY RADIO CITY ROCKETTES PERFORM IN EACH SHOW?

There are 18 spectacular Rockettes and 36 legs moving in perfect harmony.

WHAT ARE THE REQUIREMENTS TO BE A RADIO CITY ROCKETTE?

Rockettes must be between 5’6” and 5’ 10 ½” tall. They are proficient in Jazz, Ballet, Modern and Tap. In order to audition, women must be a minimum of 18 years old, and there is no age limit. Rockettes must audition each year for a spot on the line. For further information about the Rockettes, visit www.rockettes.com

HOW MANY DAZZLING, COLORFUL COSTUMES WILL BE WORN ON STAGE DURING EACH SHOW?

There are 144 costumes for the cast of the Radio City Christmas Spectacular. The Rockettes will change eight times during each show, and some of the costume changes are done in as little as 78 seconds!
If you haven't already, order your tickets today, for the best seats.   Then check back with us like we vote in Chi, IL...early and often.   We'll have non stop holiday show reviews, news, and photo filled features leading up to the big day. 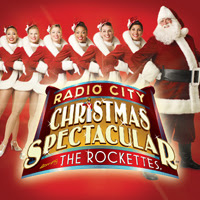