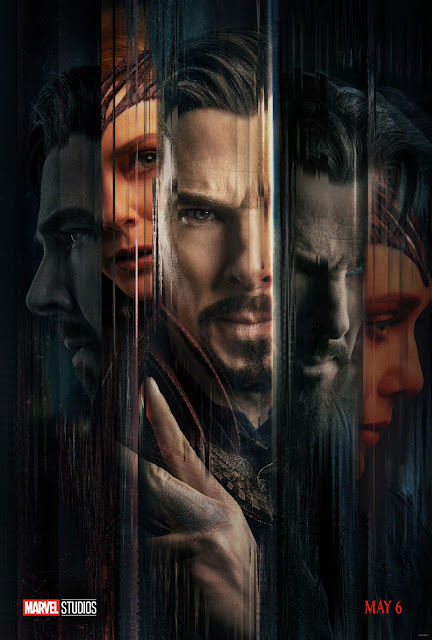 IMAX® has announced that Marvel Studios’ “Doctor Strange in the Multiverse of Madness” will debut entirely in expanded aspect ratio exclusively in IMAX. The highly anticipated sequel was filmed using IMAX-certified cameras and is set to be released by The Walt Disney Company on May 4.

Aspect ratio is the technical term for the proportional relationship between an image’s width and height. Most films are presented in an aspect ratio called CinemaScope (2.40:1) which appears very wide but not as high. IMAX provides filmmakers with the ability to use an expanded aspect ratio – allowing them to use more of the original image. Watching a film with an expanded aspect ratio provides audiences with a full immersive view that fills the peripheral vision more than any other cinematic experience.

“Doctor Strange in the Multiverse of Madness” will play in IMAX theatres beginning May 4.

About ‘Doctor Strange in the Multiverse of Madness’

In Marvel Studios’ “Doctor Strange in the Multiverse of Madness,” the MCU unlocks the Multiverse and pushes its boundaries further than ever before. Journey into the unknown with Doctor Strange, who, with the help of mystical allies both old and new, traverses the mind-bending and dangerous alternate realities of the Multiverse to confront a mysterious new adversary.

The film is directed by Sam Raimi, and Kevin Feige is the producer. Louis D’Esposito, Victoria Alonso, Eric Hauserman Carroll and Jamie Christopher serve as executive producers. The screenplay was written by Michael Waldron. “Doctor Strange in the Multiverse of Madness” releases in U.S. theaters on May 6, 2022.

IMAX, an innovator in entertainment technology, combines proprietary software, architecture and equipment to create experiences that take you beyond the edge of your seat to a world you've never imagined. Top filmmakers and studios are utilizing IMAX theaters to connect with audiences in extraordinary ways, and, as such, IMAX's network is among the most important and successful theatrical distribution platforms for major event films around the globe.

IMAX is headquartered in New York, Toronto, and Los Angeles, with additional offices in London, Dublin, Tokyo, and Shanghai. As of September 30, 2021, there were 1,664 IMAX theater systems (1,580 commercial multiplexes, 12 commercial destinations, 72 institutional) operating in 85 countries and territories. Shares of IMAX China Holding, Inc., a subsidiary of IMAX Corporation, trade on the Hong Kong Stock Exchange under the stock code "1970."

IMAX®, IMAX® Dome, IMAX® 3D, IMAX® 3D Dome, Experience It In IMAX®, The IMAX Experience®, An IMAX Experience®, An IMAX 3D Experience®, IMAX DMR®, DMR®, IMAX nXos® and Films to the Fullest®, are trademarks and trade names of the Company or its subsidiaries that are registered or otherwise protected under laws of various jurisdictions. More information about the Company can be found at www.imax.com. You may also connect with IMAX on Instagram (https://www.instagram.com/imax), Facebook (www.facebook.com/imax), Twitter (www.twitter.com/imax) and YouTube (www.youtube.com/imaxmovies).

DOCTOR STRANGE IN THE MULTIVERSE OF MADNESS Official Channels:

Posted by Bonnie Kenaz-Mara at 3:16 PM